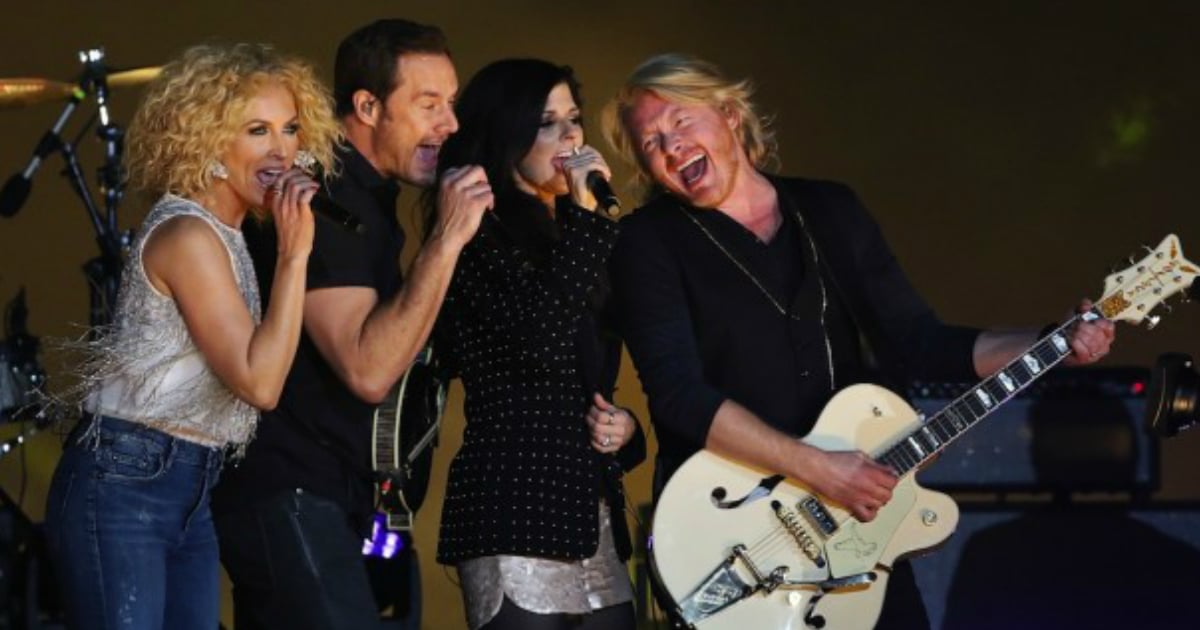 Hymns have a special place within Christianity. They are almost inseparable from the act of worship. Through the poetic songs and anthems, Christians throughout the world express their deepest religious emotions and in this way connect not only with God, but with other members of their community. In the following segments, we will talk about some of the most beloved Christian hymns in history and how they originated.

“I will exalt you, my God the King; will praise your name for ever and ever. Every day I will praise you and extol your name for ever and ever. Great is the Lord and most worthy of praise; his greatness no one can fathom. One generation commends your works to another; they tell of your mighty acts. They speak of the glorious splendor of your majesty-and I will meditate on your wonderful works. They tell of the power of your awesome works-and I will proclaim your great deeds. They celebrate your abundant goodness and joyfully sing of your righteousness. The Lord is gracious and compassionate, slow to anger and rich in love.” – Psalms 145:1-8 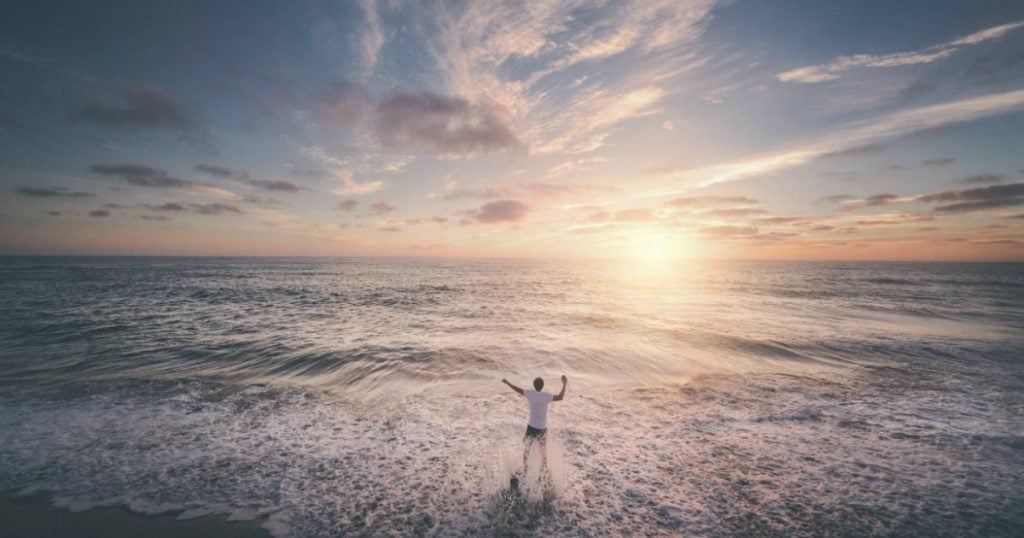 RELATED: 5 Things You Lose When You Give Up Your Hymnals

Reginald Heber, a distinguished English bishop, wrote this beautiful anthem. The hymn itself refers to the Holy Trinity, so during the singing “The World” is being repeated three times. The text of this anthem is actually a paraphrased text from the Revelation of John the First and from the book of the prophecy of Isaiah. Herber paid close attention to this hymns rhythm, make it very special. Herber’s widow published most of his hymns and poems after his death in 1826. 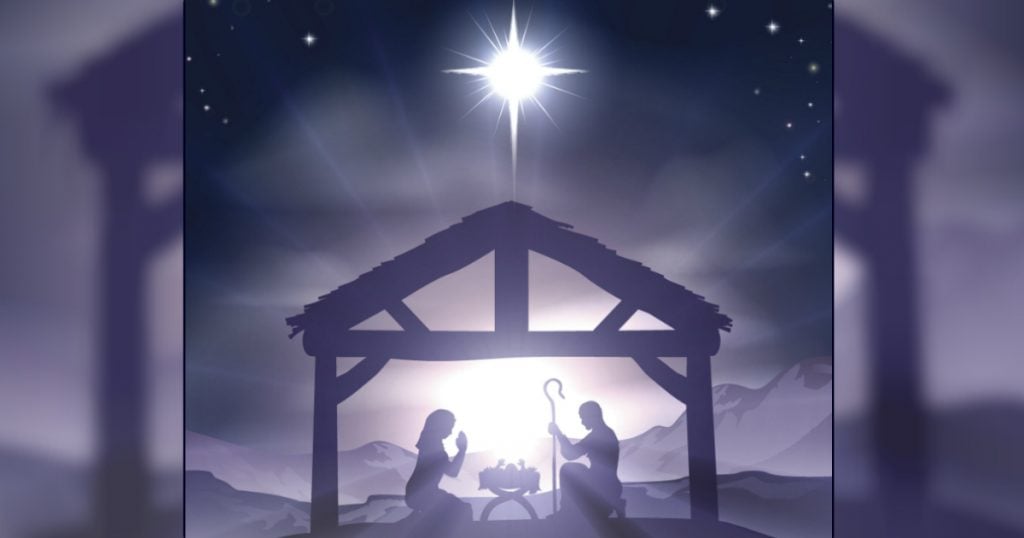 O Come, O Come, Emmanuel is the first in a series of very important Christian hymns. It’s usually sung during Advent and Christmas Day. As you can see from the title of the anthem, it invokes the arrival of Jesus Christ, for whom the name Emmanuel is used in this anthem or “The Lord is With Us”. It is also very important to note that the texts and melodies for this hymn did not arise in parallel. The melody was most likely created sometime in the 15th century, while the Latin text is most likely from the 17th century. Also, the paratext of this song is centuries old. 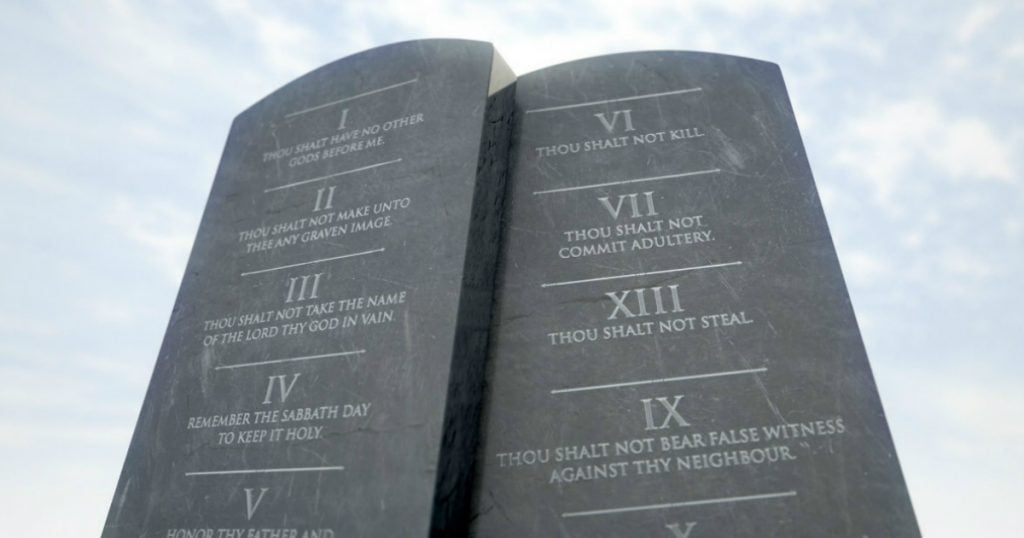 “Go down Moses
Way down in Egypt land
Tell all pharaoes to
Let my people go!”

RELATED: The Story Behind The Hymn ‘It Is Well With My Soul'

The hymn Go Down Moses presents a psalm which relates to the Old Testament, especially the book Exodus. It was created within the American, Black Christian tradition. The formed anthem was published in 1872. Basically, it speaks to the deliverance of Israelites from Egyptian bondage by Moses. In particular, roles have been replaced in this hymn due to the specificity of the situation, and the Israelis are actually American slaves, while Pharaoh denotes slaves.

Beloved Christian Hymns 4: There is a Green Hill Far Away 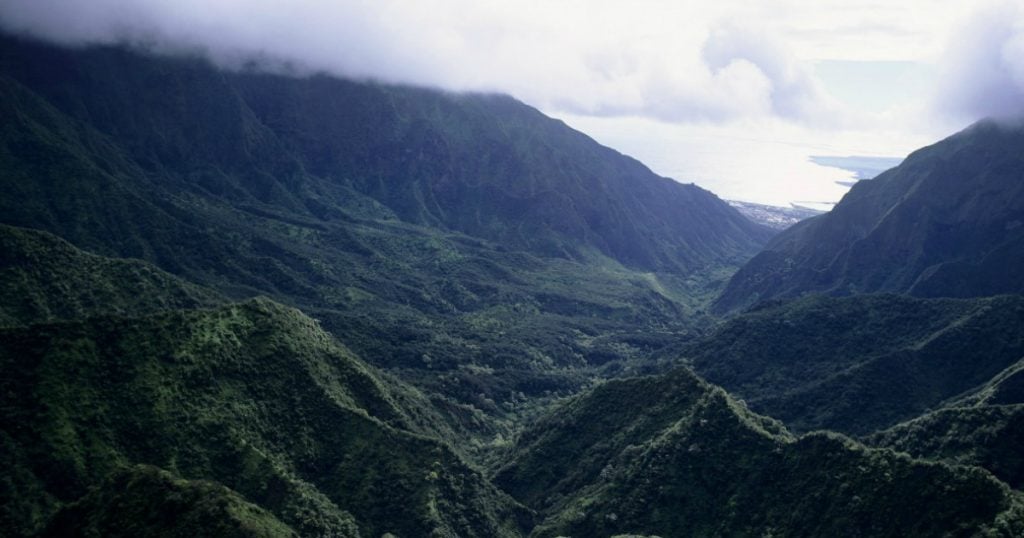 “There is a green hill far away,
Without a city wall,
Where the dear Lord was crucified,
Who died to save us all.”

WATCH: There Is A Green Hill Far Away – King’s College, Cambridge

This is one of the hymns actually written by a woman. Cecil Frances Alexander was the daughter of an English soldier in 1848 who, at just twenty-five years old, had a collection of songs titled, Hymns for Little Children. As you can see from the name, it’s a type of catechism for children. Along with There is a Green Hill Far Away, there were other songs which over time became noticed by the well-known Alfred Lord Tennyson. The hymn itself sings about one of the most important moments of Christian faith; the crucifixion of Christ.

Beloved Christian Hymns 5: Shall We Gather at the River? 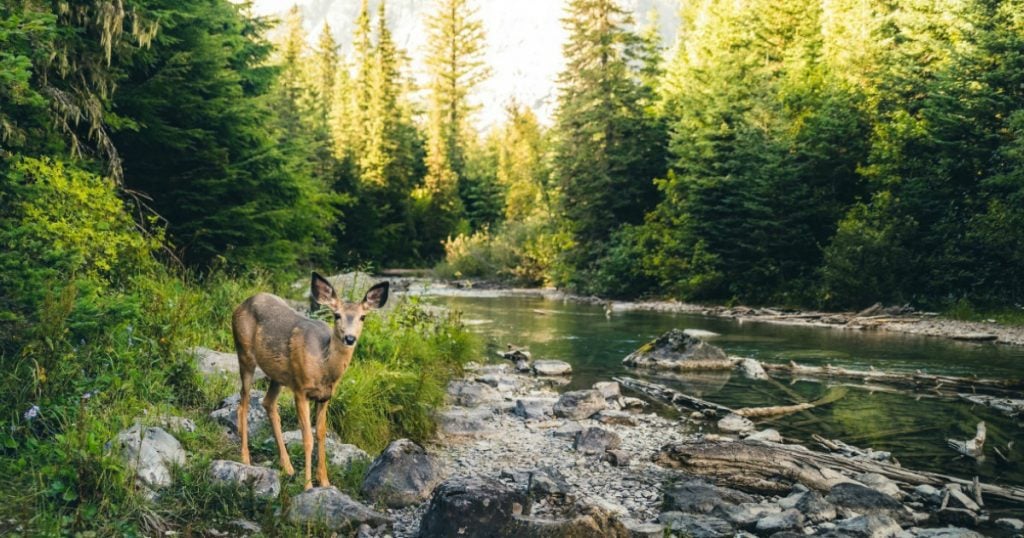 RELATED: 5 Things You Can Do To Restore Old School Values In Your Church

The famous gospel poet, Robert Lowry, penned Shall We Gather at the River?. The anthem was born in 1864 and its original name was Hanson Place, a shortcut for the Hanson Place Baptist Church in Brooklyn, where Robert Lowry occasionally performed priestly services. The poem itself speaks of the Christian concept of afterlife, so it describes the idea of what paradise will come. The poetic and characteristic nature of this hymn makes it a popular choice for use in the soundtrack of Western films.

Beloved Christian Hymns 6: I Come To The Garden Alone 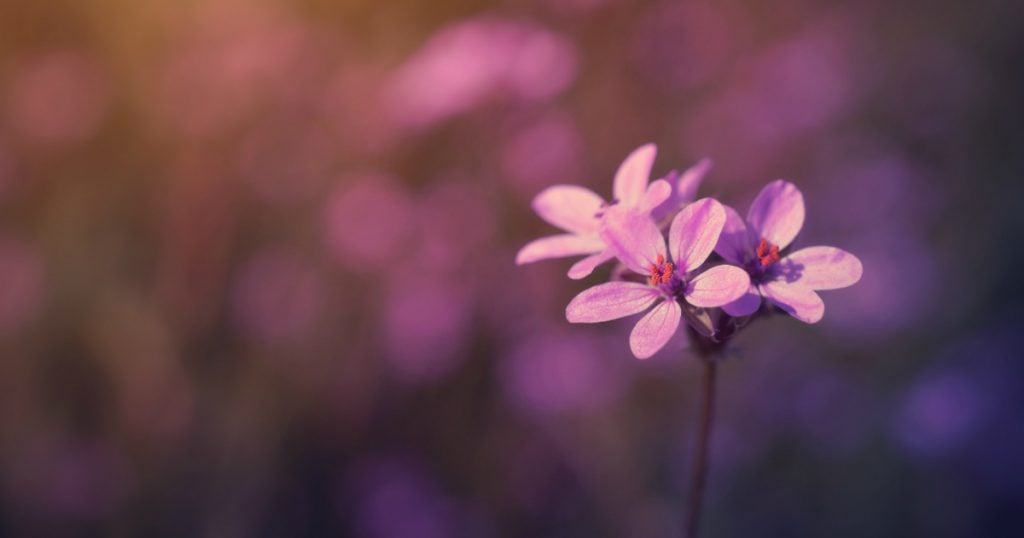 “I come to the garden alone,
While the dew is still on the roses,
And the voice I hear, falling on my ear,
The Son of God discloses.”

“And He walks with me, and He talks with me,
And He tells me I am His own,
And the joy we share as we tarry there,
None other has ever known.”

The creator of this song is the famous C. Austin Miles of 1912. C, a highly regarded American songwriter. It’s believed this anthem originated in New Jersey. And if indeed created in 1912, the song didn’t become popular until much later in the middle of the 20th century. As far as the text itself is concerned, the hymn speaks of Miles personal relationship with God. In particular, he describes an encounter with God in a garden, where God tells him that he is his. Miles describes the color of God’s voice, and simply cannot believe how fortunate he is. 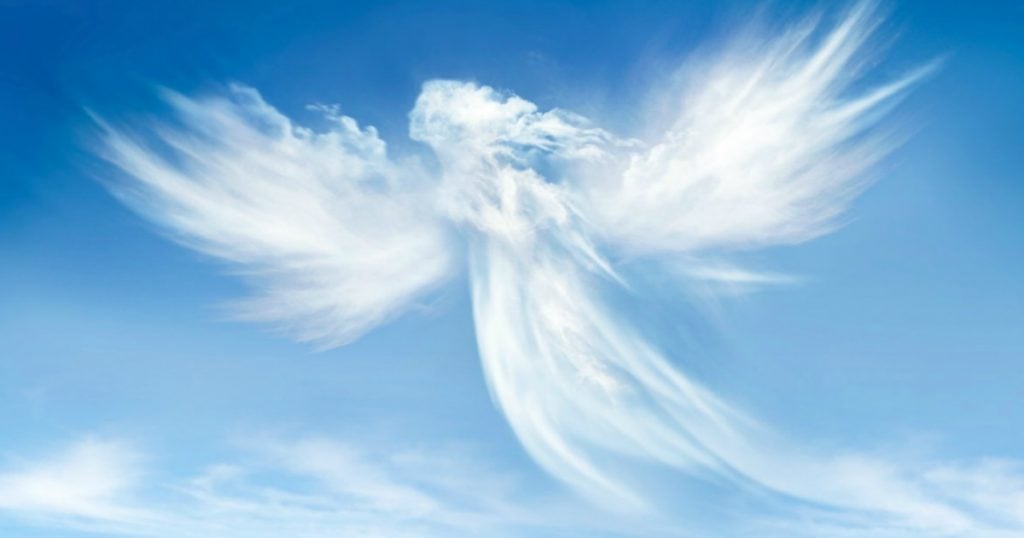 “Good news from heav’n the angels bring,
Glad tidings to the earth they sing:
To us this day a Child is giv’n,
To crown us with the joy of heav’n.”

This hymn is doubly special because its creator was none other than the famous theologian, reformer, and fruitful writer, Martin Luther. Originally, Martin Luther wrote this song as a gift to his son Hans, who at that time was only five years old. It's estimated to have been composed somewhere around 1535. Today, it's famous amongst Christian households everywhere as a Christmas song which speaks of the arrival (i.e. the birth) of Jesus Christ. 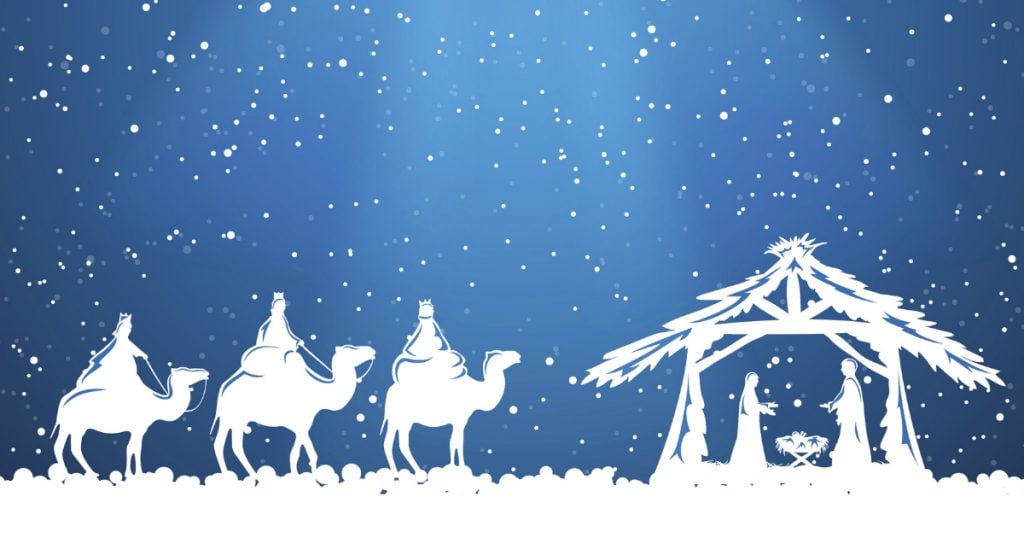 WATCH: Rend Collective – Joy To The World (You Are My Joy)

Joy to the World is easily one of the greatest Christmas anthems in modern society. It follows motifs from the psalms of Emperor David and the Petkunis of Moses. First published in the distant time of 1719, the hymn is actually quite old. By the end of the 20th century however, Joy to the World became the most prolific Christmas carol in the history of North America. Isaac Watts wrote the song, though artists from Handel to Mariah Carey have released their own versions. Sung today during the Christmas holidays, the hymn commemorates the arrival of Jesus. 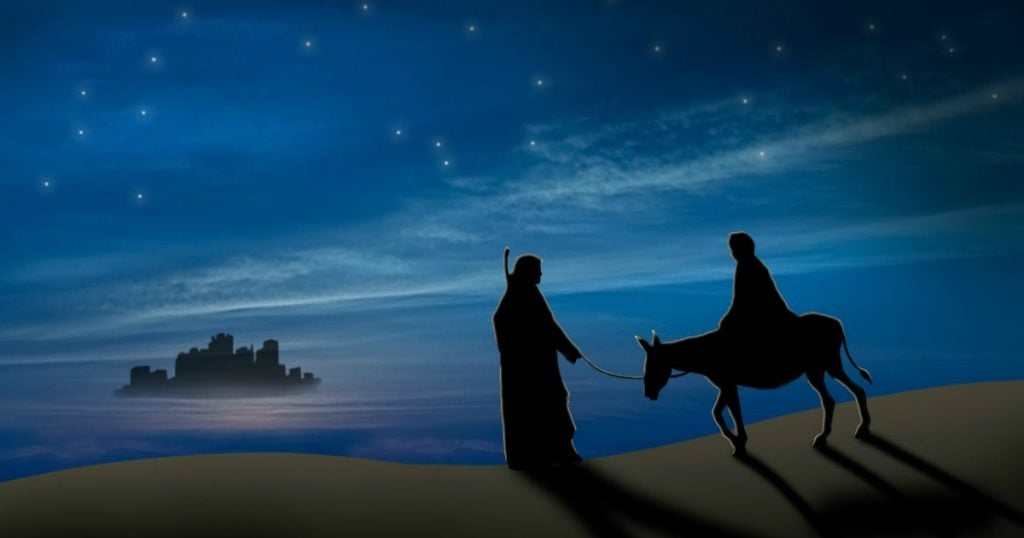 Here is yet another popular Christian hymn which doubles as a Christmas carol. The widely-acclaimed Phillips Brooks, a priest in the Episcopal Church of the Holy Trinity in Philadelphia composed this song. In 1865 Brooks visited Bethlehem in Jerusalem and the experience left a huge impression on his faith, thereby resulting in the anthem we know today. Lewis Redner wrote the music for this beautiful piece, while the text of the hymn speaks of Bethlehem, Jesus Christ, and a prayer for all people to turn to God. 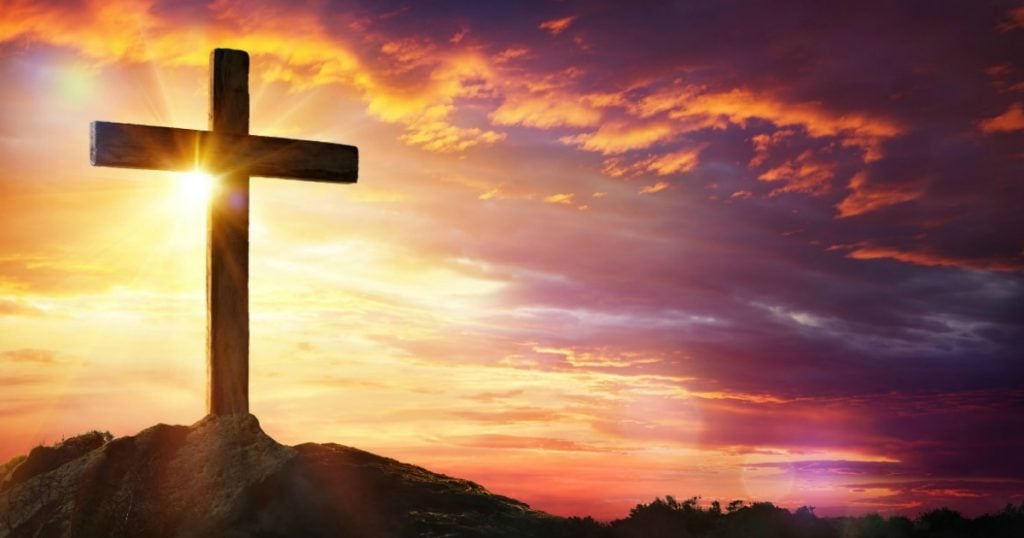 “Jerusalem the golden,
descending from above,
the city of God’s presence,
the vision of God’s love –
I know not, oh, I know not
What joys await us there,
What radiancy of glory,
What bliss beyond compare!”

Our final song, Jerusalem the Golden, dates back to the nineteenth century. The writer of this anthem was John Mason Neale, an Anglican priest and scholar. His inspiration for this work came from a piece of writing called, On Contempt for the World, whose creator was a Benedictine monk named Bernard of Cluny. Jerusalem the Golden began circulation midway through the era, and by its end, was being represented in almost every English service known to Christianity. Interestingly enough, while its text speaks of a golden Jerusalem, the essence of the hymn refers to the paradise waiting for sincere followers of Christ at the end of life.

Samuel Albert is the Editor in Chief of Christianmusicandhymns.com, a blog dedicated to the history and stories behind famous Christian music. This article was used with permission.

YOU MAY ALSO LIKE: 14 Reasons Why We Should Go Back To Using Hymnals In Worship 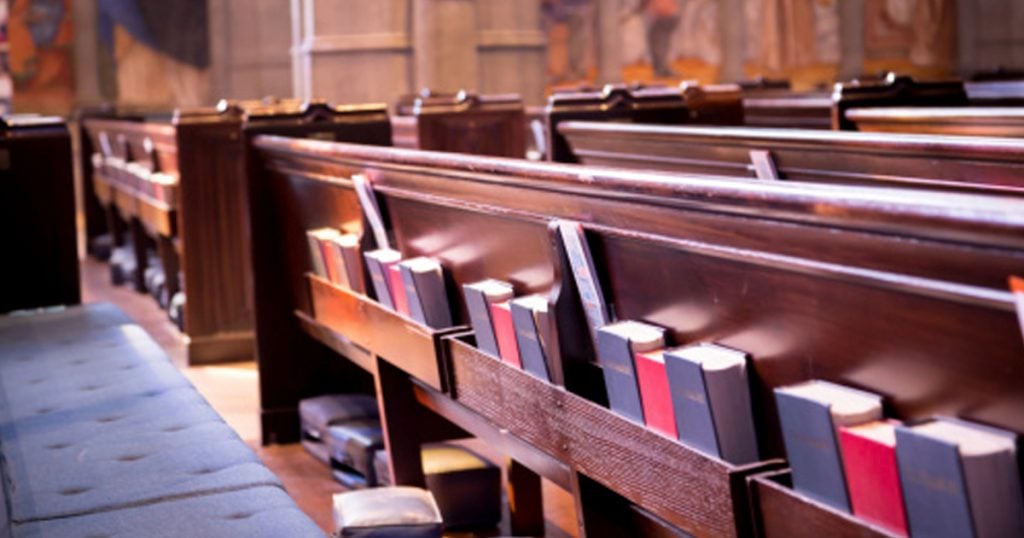