Terry Crews Speaks Out About His Sexual Abuse
Read Article »

Have you ever found yourself thinking about Heaven, wondering what it might be like? Many of us have done just that. And here, Christian author Jean E. Jones tackles 10 things about Heaven plenty of people want to know, but are too embarrassed to ask!

Fighting back tears, a young woman confessed to my husband that she was afraid she didn't want to go to heaven. Since then, as we've related that story to others, we've discovered many Christians have that fear.

And no wonder! Artists and movie makers depict heaven as a colorless place where the occupants sport wings and halos and have nothing better to do than strum harps and lounge on clouds. Skeptics like Mark Twain denounce heaven as unbearably boring and full of hypocritical prudes.

RELATED: 10 Things the Bible Says about Believers Going to Heaven

Misconceptions about heaven abound. So let's clear some of them up. Here are 10 questions that Christians are embarrassed to ask about heaven.

Things about Heaven 1: Is heaven in the clouds? 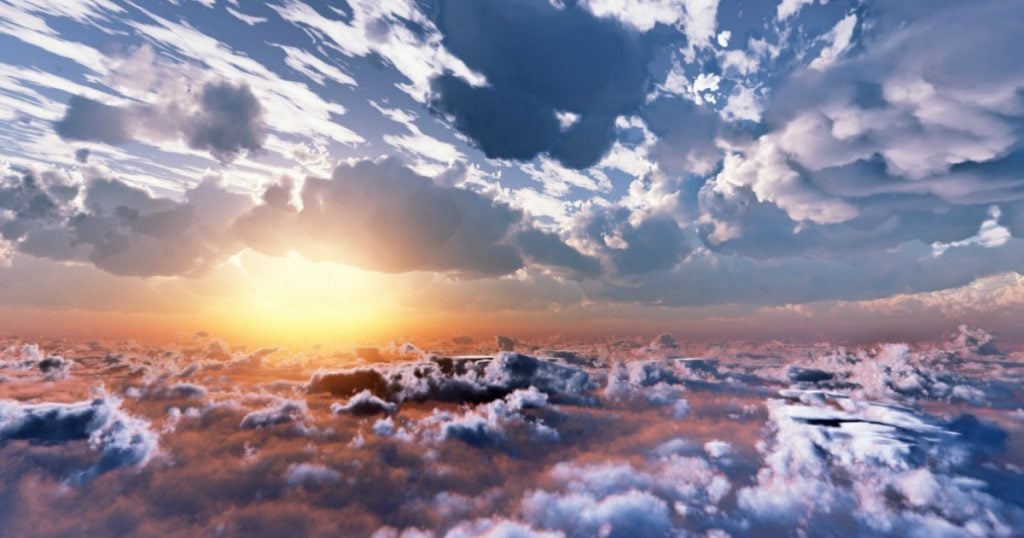 Comics and movies typically depict heaven's occupants as lolling on fluffy, white clouds. But that's not at all what the Bible depicts. Part of the confusion is that the word "heaven" has three meanings:

2. The physical cosmos containing stars and planets: "In the beginning, God created the heavens and the earth" (Genesis 1:1)

3. The unseen spiritual realm where God's throne and celestial beings such as angels reside: "The Lord's throne is in heaven" (Psalm 11:4)

The Bible teaches that on the day of the Lord, the physical cosmos "will be burned up and dissolved, and the earth and the works that are done on it will be exposed" (2 Peter 3:10). After the judgment, God will create new heavens and a new earth (Revelation 21:1). Those whose names are in the Book of Life will dwell there with God (Revelation 21:3).

Things about Heaven 2: Will heaven be plain white? 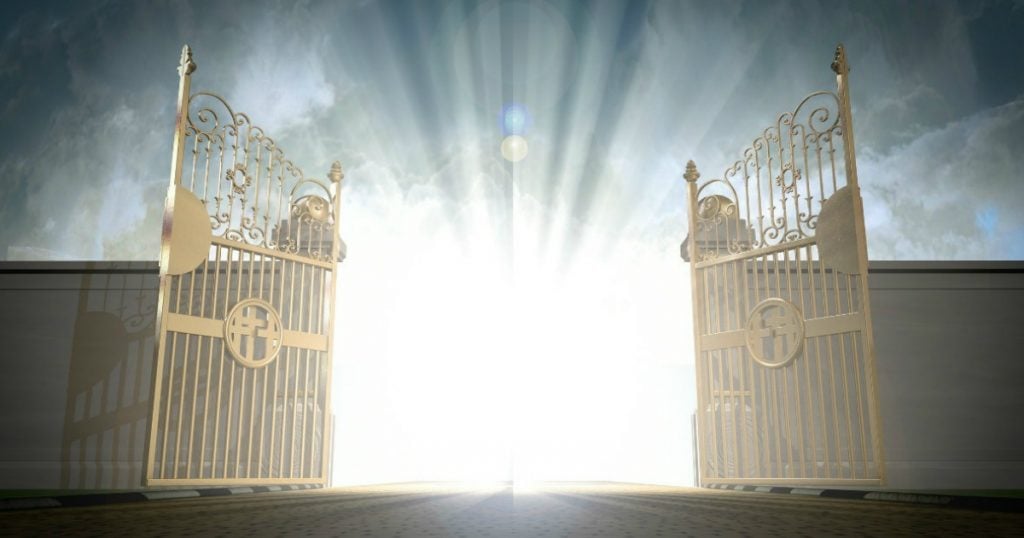 I can't imagine that the God who created our current heavens and earth with a magnificent rainbow of colors that blaze across the night and morning skies, dance in pansies and daisies, and flash from hummingbirds and orioles, has lost his love for color!

Things about Heaven 3: Do people become angels in heaven? 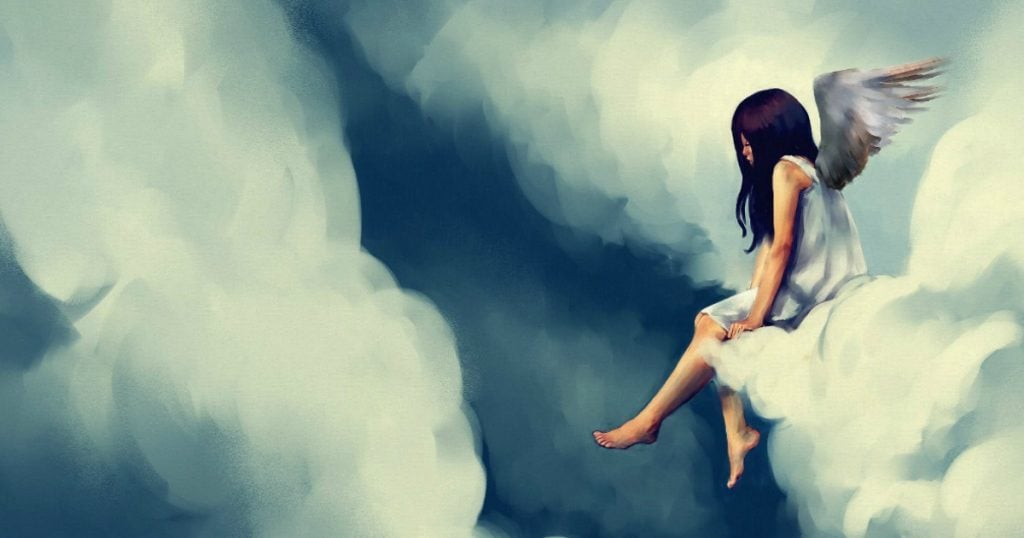 In Charles Dickens' The Old Curiosity Shop, a child says to Little Nell, "Why, they say... that you will be an angel before the birds sing again." But is the idea that people who go to heaven become angels a biblical one?

God created the angels before he created the earth (Psalm 148:2-5; Job 38:6-7). Angels are ministering spirits who serve "those who are going to inherit salvation" (Hebrews 1:13-14). People don't turn into angels when they die; rather, at the end of the age, angels will "separate the evil from the righteous" people (Matthew 13:49).

RELATED: Here's What The Bible Has To Say About Angels

Something more wonderful is in store for God's children. "The Lord Jesus Christ... will transform our lowly body to be like his glorious body" (Philippians 3:20-21). It will be an imperishable body, raised in glory and power, a spiritual body that bears the image of Christ (1 Corinthians 15:42-49).

Things about Heaven 4: Will people have wings and halos in heaven? 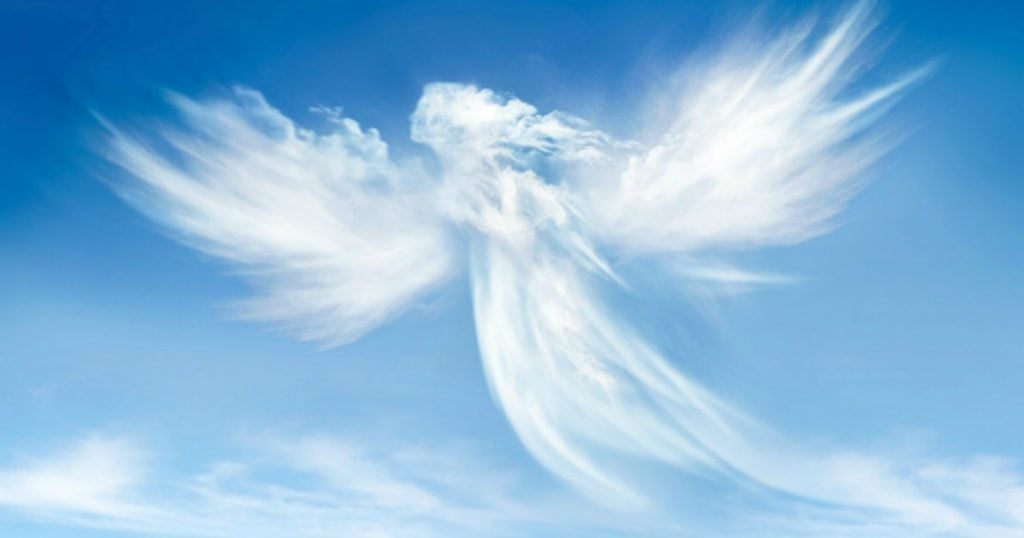 Artists who show humans with wings in heaven are probably thinking that people turn into angels. Most artists give angels wings, although according to the International Standard Bible Encyclopedia, the Bible nowhere describes angels as winged, though they sometimes fly (Daniel 9:21).

The resurrected bodies of those entering the pearly gates will be like Jesus' resurrected body (Philippians 3:21). When he appeared to his disciples after he rose from the dead, he had no wings. So resurrected humans won't either.

As to halos, I used to think that came from Daniel 12:3, which says "those who are wise shall shine like the brightness of the sky above; and those who turn many to righteousness, like the stars forever and ever" (Daniel 12:3). But I was wrong. It turns out ancient artists used to place halos around paintings and etchings of important people and religious figures so they'd stand out. There's no mention of halos anywhere in the Bible.

Things about Heaven 5: Will people in heaven lose their sense of taste, touch, or smell? 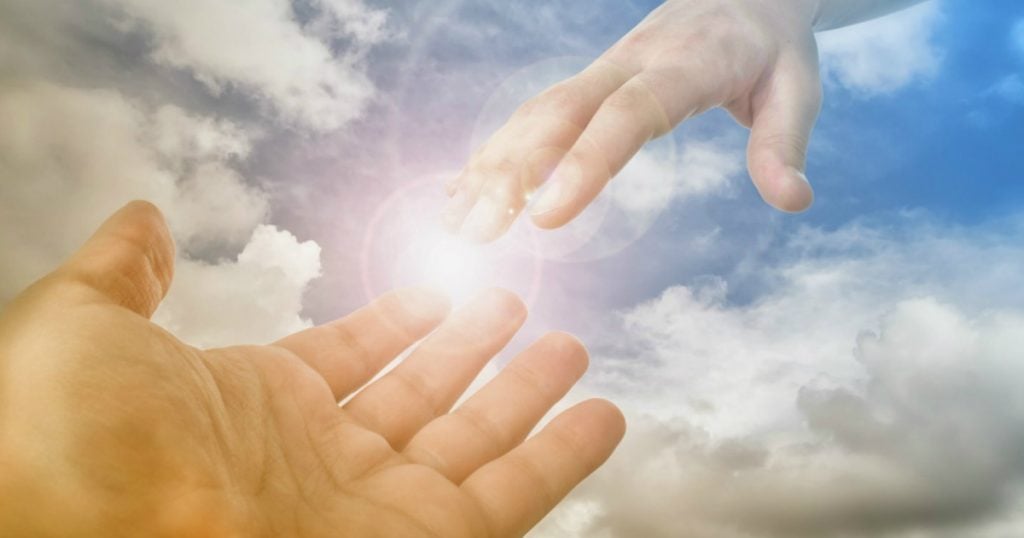 That was the message of the movie City of Angels (1998). In it, Nicholas Cage stars as an angel named Seth. Seth can't taste, touch, or smell. He falls in love with a human (played by Meg Ryan) and gives up eternity so he can make love to her. She dies, but he concludes that smelling her hair and kissing her just once was better than anything an eternity in heaven had to offer.

That's an unappealing heaven! But it's not what the Bible describes.

After Jesus was raised from the dead, the disciples touched and hugged Jesus and ate with him (Luke 24:39-43; John 20:17). Philippians 3:21 says Jesus "will transform our lowly body to be like his glorious body." If Jesus could taste, touch, and smell, we'll be able to, too. Indeed, our reunion with Christ is called "the marriage supper of the Lamb"(Revelation 19:9).

Things about Heaven 6: Will heaven be full of nerds and prudes? 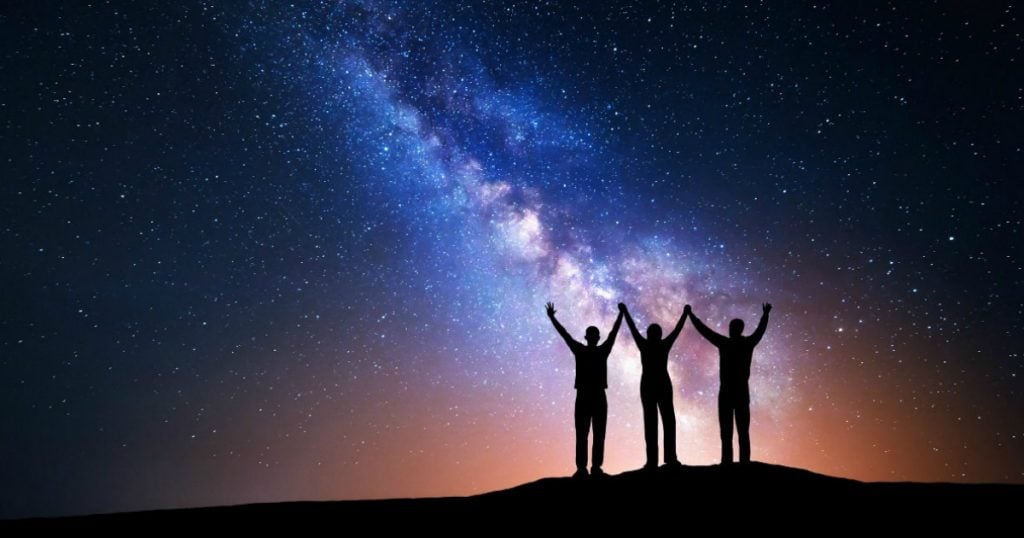 In high school, I went with my then-boyfriend Clay to the youth group at his church. There, the pastor's daughter said she wanted to go to hell because that's where all her friends would be. She echoed Mark Twain's sentiment: "Choose heaven for the climate and hell for the company."

Clay points out that in heaven, "There will be murderers (such as Moses), adulterers (such as David), and prostitutes (such as Rahab). But they will all be repentant. Hell, on the other hand, will also be full of rapists, whiners, cowards, liars, and many a Pharisee, but none of them will be repentant" (Why Does God Allow Evil?, 165).

C.S. Lewis said every person "may one day be a creature which, if you saw it now, you would strongly be tempted to worship, or else a horror and a corruption such that you now meet, if at all, only in a nightmare" (The Weight of Glory and Other Addresses, 45).

Things about Heaven 7: Will we recognize loved ones in heaven? 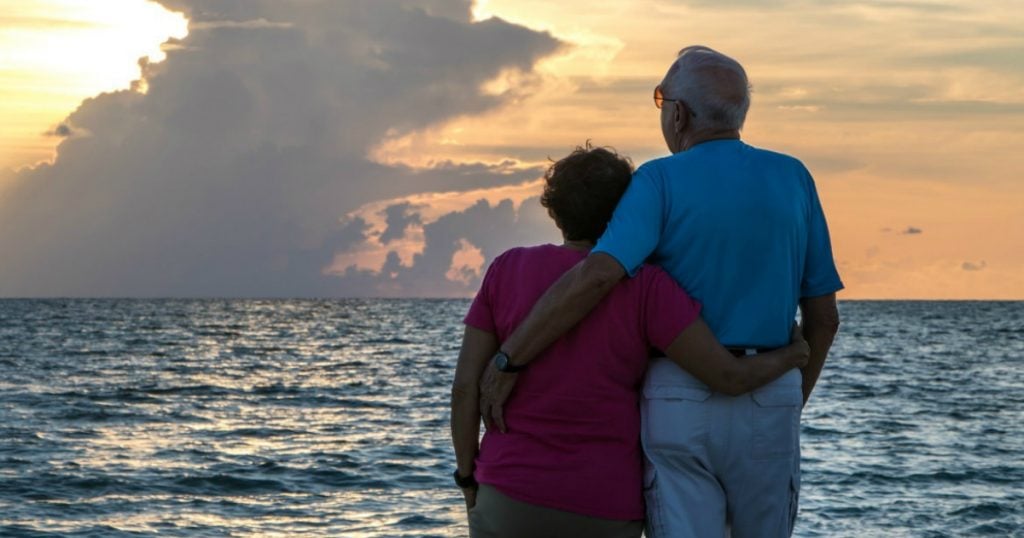 People who have lost loved ones are often concerned about whether they'll see and recognize those dear to them in heaven. Part of this concern arises from misunderstanding Isaiah 65:17: "For behold, I create new heavens and a new earth, and the former things shall not be remembered or come into mind."

But the prior verse says that God says "the former troubles are forgotten and are hidden from my eyes." In the Bible, when God says he will no longer remember something, he doesn't mean he gives up his omniscience. He means he will no longer remember it for the sake of punishing it. So Isaiah 65:17 is saying God won't remember our past sins against us in the new heaven and earth.

Revelation 14:13 says our deeds will follow us, which can't be done if we don't remember them! Other passages show the dead remembering their earthly life: Luke 16:25; 2 Corinthians 1:4; Revelation 6:9-11.

Things about Heaven 8: Will there be sadness in heaven over unsaved loved ones? 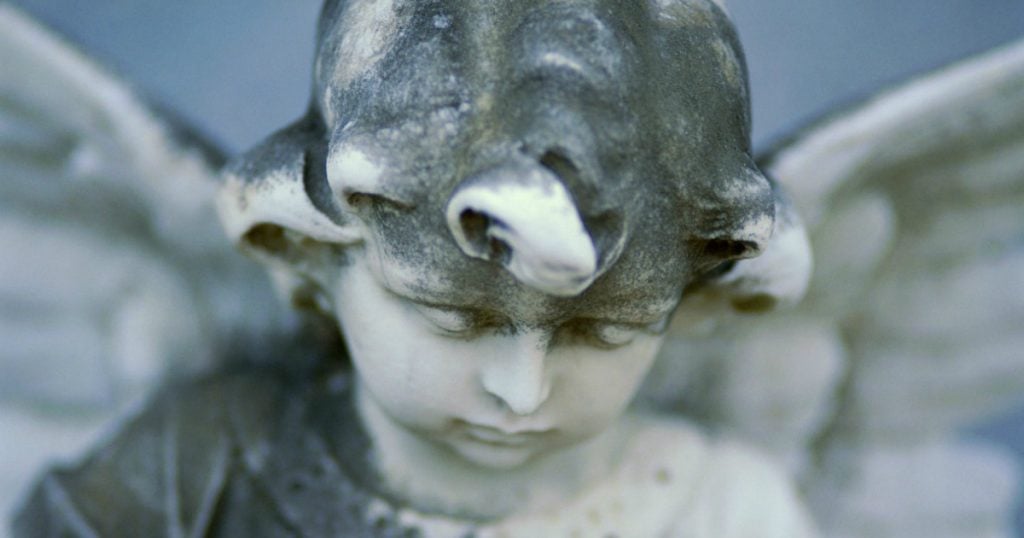 Won't knowing unsaved loved ones are in hell make heaven miserable? Philosopher Adam Pelser argues that the saved may at times feel somberness over the lost, but that will not diminish joy (Paradise Understood, 131). Even on earth, somberness and joy can coexist (James 1:2).

Also at the judgment, God will expose every deed, thought, and motive of those who refuse to turn from wrongdoing and turn to Jesus Christ as Lord. When we see how those who have rejected Jesus' gift of eternal life "really are," we won't miss being with them.

Plus, the unsaved won't exist as we knew them. C.S. Lewis wrote, "What is cast (or casts itself) into hell is not a man: it is ‘remains'… To be an ex-man or ‘damned ghost'-would presumably mean to consist of a will utterly centered in the self and passions utterly uncontrolled by the will" (The Problem of Pain, 113-114). If Lewis is right, then seeing ex-humans with uncontrolled wills will do much to help us understand why they are lost.

Things about Heaven 9: Will shame keep us from enjoying heaven? 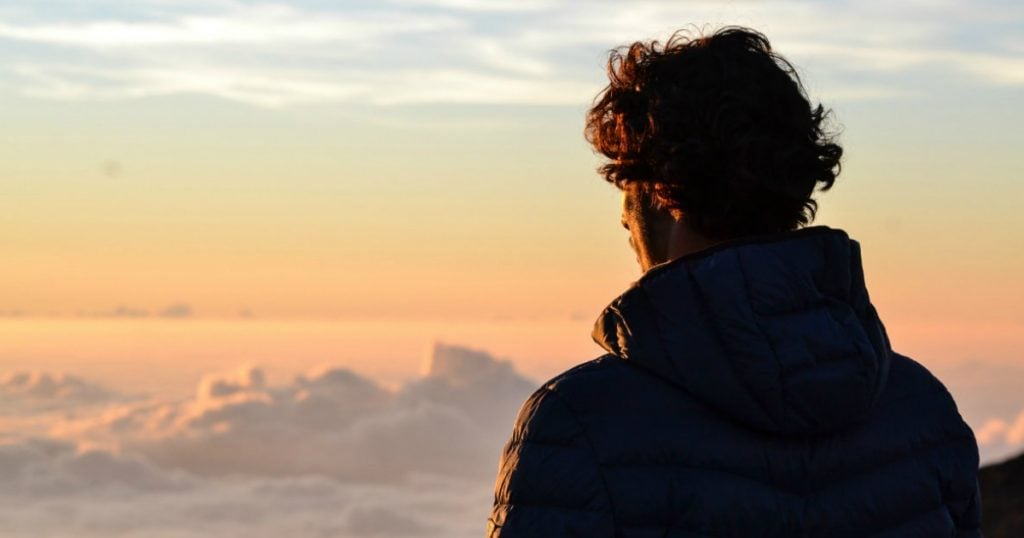 Some people worry that remembering terrible things they did on this earth would be too painful. They know the Bible says that those who believe Jesus is the Son of God who died for their sins will receive eternal life, but they still feel ashamed.

God wants us to let go of shame after we repent from and confess our sin. To not accept his forgiveness suggests that we think our standards are higher than God's! Scripture assures us that "If we confess our sins, he is faithful and just to forgive our sins and cleanse us from all unrighteousness" (1 John 1:9). If we forget God has cleaned us, we won't mature spiritually (2 Peter 1:9).

Those overcome with shame often think they're worse than other people. At the judgment, they will see that many others shared their sins, just as 1 Corinthians 10:13 says. If they never succeeded in fully realizing God's complete forgiveness and cleansing on this earth, they will see it with their own eyes in heaven.

Things about Heaven 10. Will heaven be boring? 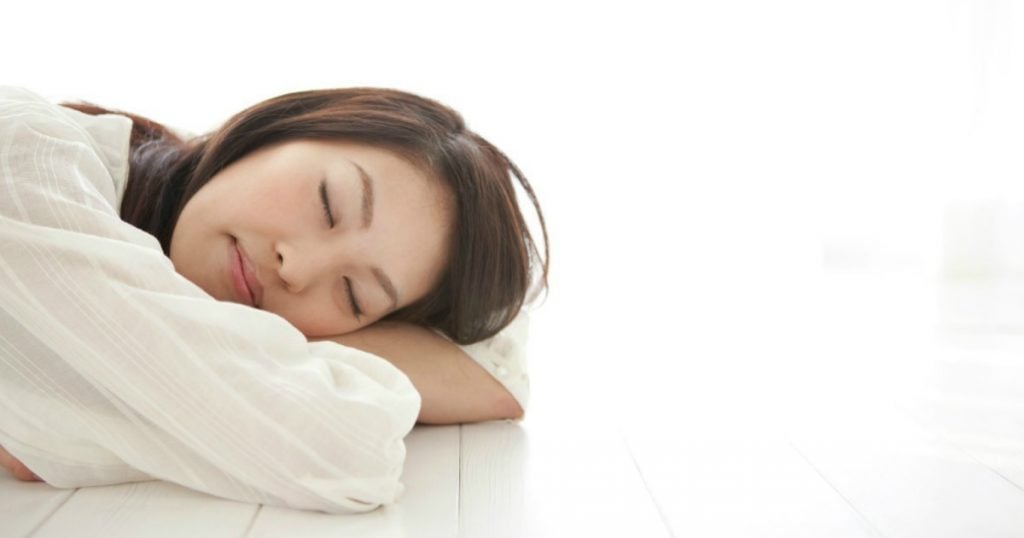 In Mark Twain's Huckleberry Finn, Tom Sawyer said that Miss Watson "went on and told me all about the good place. She said all a body would have to do there was to go around all day long with a harp and sing, forever and ever. So I didn't think too much of it. But I never said so."

The idea that we'll do nothing in heaven but sing comes from a misunderstanding of Revelation 4:8, which describes "four living creatures" with six wings who "day and night... never cease to say, ‘Holy, holy, holy, is the Lord God Almighty, who was and is and is to come!'" "Never cease" means they sing this regularly, not that they sing forever in a loop. Indeed, they give commands (Revelation 6:1-2); sing different songs (14:3); and distribute bowls to angels (15:7).

Of course, humans will worship God. But our primary occupation will be reigning with Christ forever in the magnificent new heavens and earth (Revelation 22:5).

Jean E. Jones is the co-author of Discovering Hope in the Psalms and a member of the International Society for Women in Apologetics. She blogs at jeanejones.net.

YOU MAY ALSO LIKE: Boy Dies, Comes Back From Heaven After Seeing Siblings He's Never Met