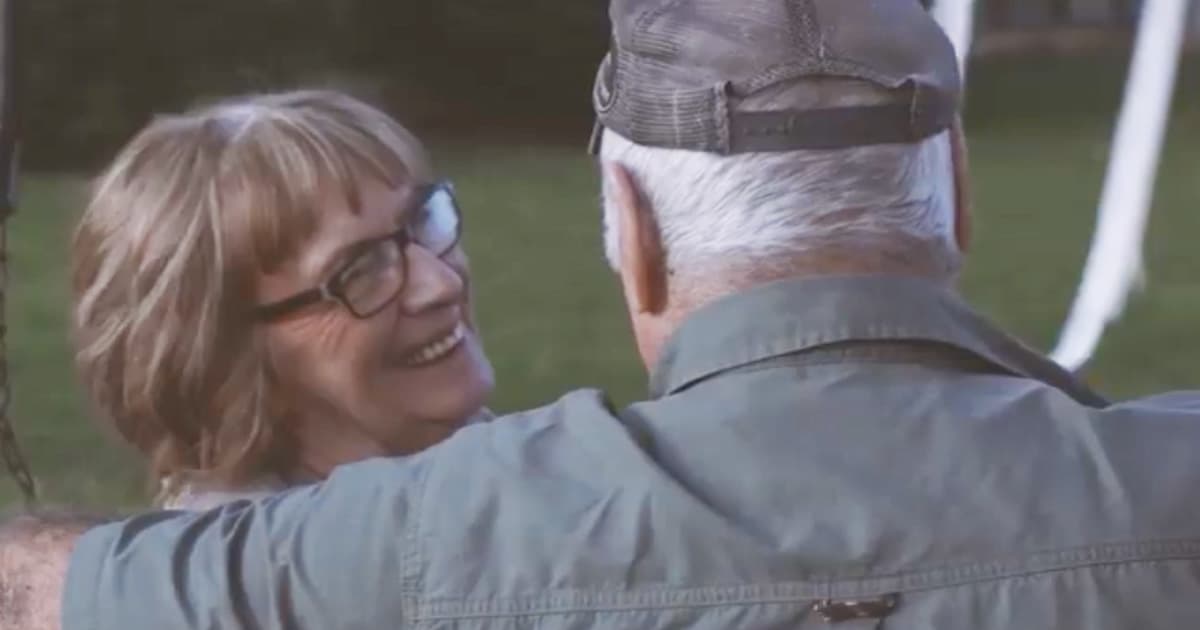 A high school math teacher is going through such a hard time in his life but his students did something to help give him a little push. The 12th-grade students bought Christmas presents for their teacher, Nathan Neidigk and his son, Michael.

Two years ago, Nathan's wife passed away leaving him behind with a little girl and newborn baby boy. Then right at the start of the holiday season, Nathan received the devastating news that his now 3-year-old son, Michael, has leukemia. That is news no one wants to hear especially during the holidays. 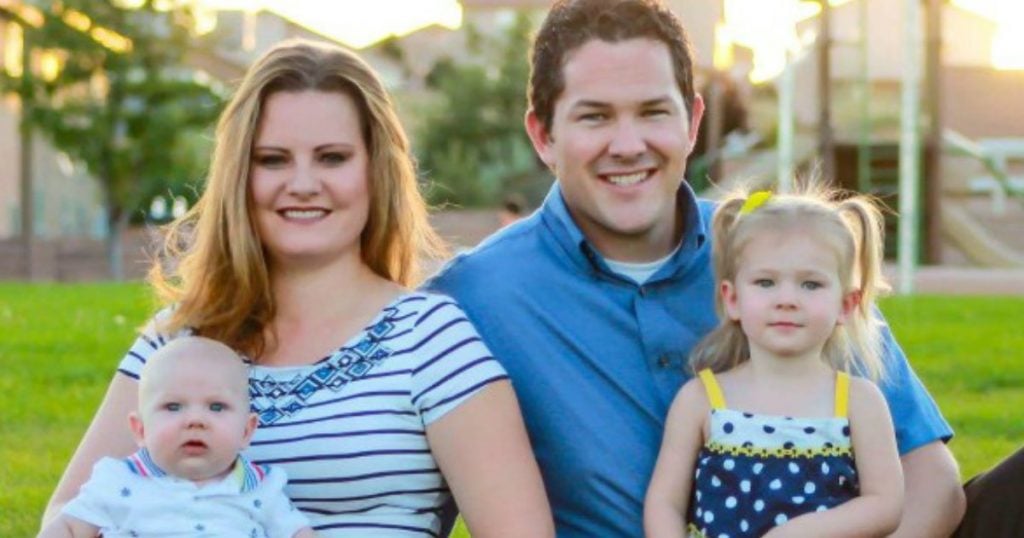 Things have been extremely tough for Nathan. His students say that he still comes to class every day with a smile on his face as if nothing is going on. But they know he could use some encouragement. 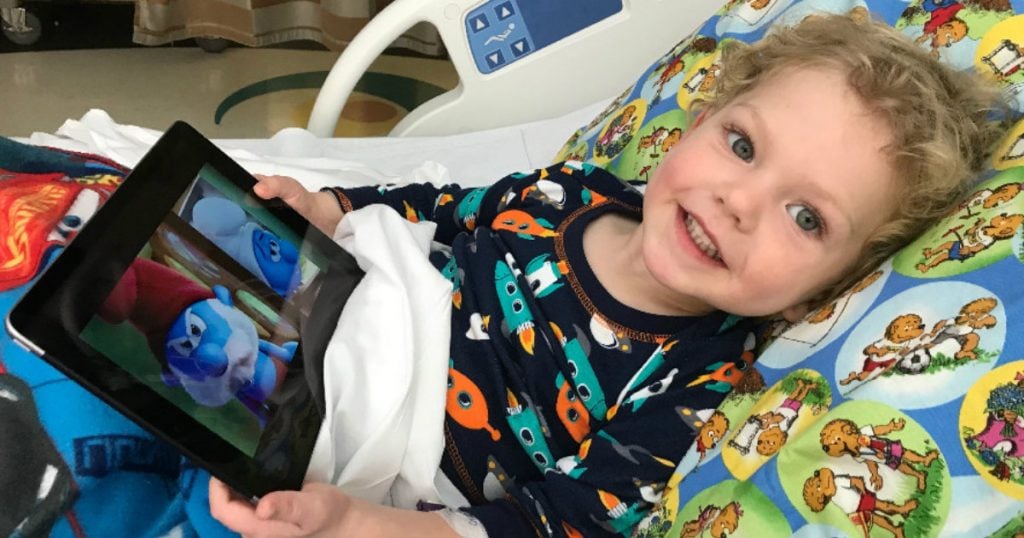 Michael has to undergo a lot of chemotherapy treatments and surgeries. Nathan cannot afford to get Michael Christmas presents due to the growing medical bills. 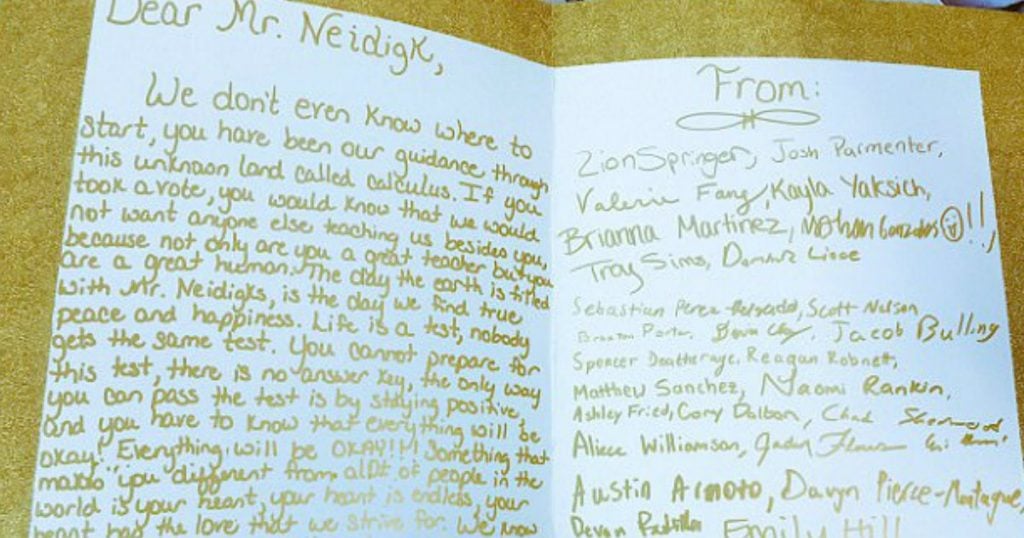 Michael may have to get chemo treatments for the next three years. Nathan mentioned in passing that he has been eyeing a Nintendo Switch and wished he could get it for them to play during their stays in the hospital. That gave his students an idea. 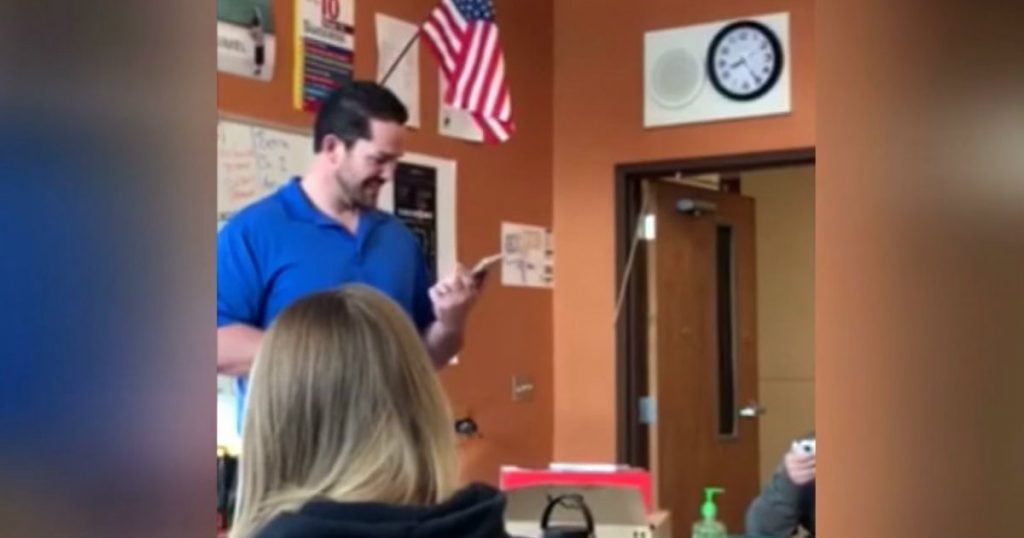 They all pitched in and gathered enough money to buy the Nintendo Switch and a few games for little Michael and his dad to play. The students wanted to give him the gift closer to Christmas. In light of Michael’s frequent hospital visits, they decided to give it to him early. 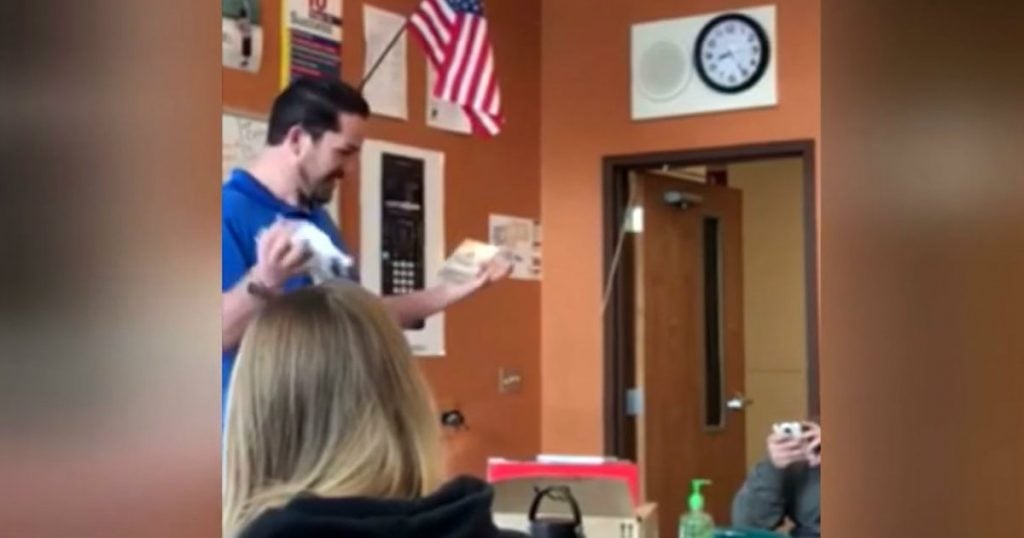 When the class presented Nathan with his gifts, it was such a touching moment. He held the box in disbelief. With everything going on in his life, he really needed something to lift his spirits. He could barely hold back tears at the thought of his students putting together their money to give him a $300 gift.

YOU MAY ALSO LIKE: Students Surprise Beloved Teacher with Kittens