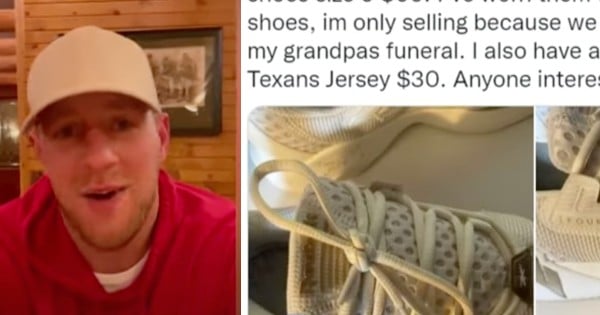 17-year-old Adrian Rodriguez went out of his way to return the lost purse he found to its rightful owner. And the young man’s good deed has brought inspiration to so many!

Eliana Martin probably had given up hope that she'd ever see her bright green bag again. But one 17-year-old with a ton of integrity made sure the lost purse was returned to its owner. And that special young man is Adrian Rodriguez.

RELATED: Young Boy Comes Back After Spotting Purse On Top But Doesn't Realize Cameras Are Rolling

Adrian came upon Eliana's bag in a Chula Vista, California Ralph's store. Adrian might have simply dropped the purse off with customer service. He could have posted on social media and hoped for the best. He could have done absolutely nothing or just kept the contents of value for himself and discarded the bag where he found it. But Adrian did none of those things!

Instead, Adrian located a driver's license in the handbag and personally delivered it to the address he'd found on the identification. That's going the extra mile-literally!

It turns out, though, that the owner of the lost purse was no longer living at the address. Eliana had previously lived with her best friend Melina Marquez but had since moved out.

Eliana's buddy Melina was also not there when Adrian came by to do the good deed. Adrian left the tote with Melina's family member and went on his way.

When Melina returned home, she was so touched by the kindness and presence of the young man she saw on her Ring camera that she wanted to find him and do something to thank him for returning Eliana's bag. Through social media, Melina quickly located Adrian and arranged an in-person meeting between Adrian, Eliana, and herself.

Adrian obliged and returned to the home once again. The women thanked him for returning the lost purse and even set up a GoFundMe page to show their gratitude and admiration!

“My mom always told me since I was little always to do the right thing when nobody’s around,” said Adrian to NBC News.

The fundraiser has already received nearly 700 donations and over $15,000! Adrian wasn't expecting to be rewarded for his honesty, but his actions meant a great deal to Melina and Eliana.

Of course, Eliana was thrilled to have her purse back, but Adrian's demonstration of character was even more impactful. Melina said, "This is something that we really need. It’s good news, positive news.”

Melina speaks the truth! We do need good news stories and as many fellas like Adrian as today's mommas and daddies can raise! Your momma did good, Adrian!

"They did not require an accounting from those to whom they gave the money to pay the workers, because they acted with complete honesty." 2 Kings 12:15