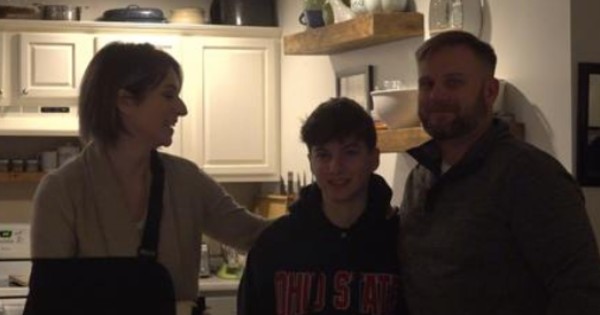 When 7-year-old Abigail and 4-year-old Cecilia got lost in the woods, their parents were devastated. But God made sure these young sisters weren’t alone. Their loyal dog Artemis stayed with them the whole time until rescue arrived!

Even a minute's worry is too long for a mother who has lost her children. Still, Mary Bourg endured five agonizing hours of worrying, wondering, and waiting when her precious daughters disappeared while playing in their yard.

After showing the emotional family reunion, we get glimpses of Abigail and Cecilia with their best buddy Artemis-playing tug-of-war in their living room and chasing the pretty pooch in their backyard.

But Mary describes, to Inside Edition's interviewer, the terror she felt when she could not locate 7-year-old Abigail and 4-year-old Cecilia.

The two girls got lost in the woods after following Artemis into the woods near their home in Folsom, Louisiana, which is about an hour north and across Lake Pontchartrain from New Orleans.

She shares how terrified she was, knowing that the sun was setting and it would soon be dark. The girls were discovered missing around 5:00 p.m. on November 29, 2022. Mary posted a plea for help on Facebook and hoped the two, along with Artemis, had not been taken.

Justin tells the reporter that the girls stayed snuggled up next to Artemis while lost in the woods, keeping warm and close during that time. Meanwhile, volunteer search crews, ATVs, drones, helicopters, and more were searching for the frightened girls.

Finally, Mary and Justin got word that Abigail and Cecilia had been found! Justin says that he "collapsed" at the news! They soon learned that it was Artemis who helped searchers locate them. When he heard the sounds of people in the woods, Artemis barked and led the rescue team right to them.

The little ladies and brave, protective Artemis were found about a mile away from their home; he had not left the girls for a moment. No doubt, Artemis will forever have a very special place in the Bourg family!

Surely there is nothing Artemis will ever do to get in trouble with the family because he did the absolute best thing in the world when he watched after his girls!

"For he will command his angels concerning you to guard you in all your ways;" Psalms 91:11

WATCH: Meet The Loyal Dog Who Protected 2 Lost Girls In The Woods