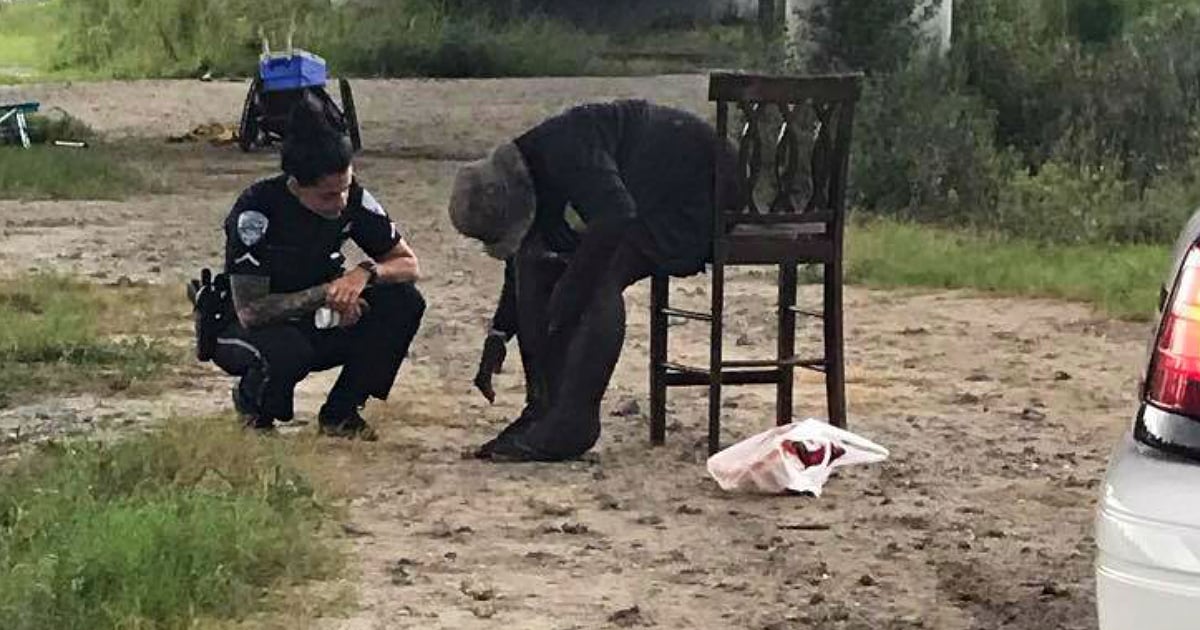 A couple with 38 kids never expected to parent quite so many children. But Jeane and Paul Briggs have hearts even bigger than their family. And here’s the inspirational short story of how their family grew so big and why they don’t plan to stop adopting any time soon!

When it comes to parenting, high school sweethearts Jeane and Paul Briggs are equally yoked. While they never imagined a family quite so big, God gave both a shared passion for adopting.

RELATED: The Bizarre But Absolutely True Story Of A Woman Who Birthed 69 Babies

Since their marriage in 1976, Jeane and Paul have 6 biological children together and 32 adopted. The couple lives in West Virginia with 25 of their 38 kids still at home with them.

Their first adoption wasn’t planned. Jeane had already birthed 3 babies of her own. But while on a missions trip to Mexico, she met Abraham — a 2-year-old blind orphan who “tugged at her heart”.

After God led them to Abraham, Jeane and Paul Briggs never looked back.

"I never really thought we would do this many children, but it just worked out because we’d hear of a child, pray about it and then felt like we should bring him home," Jeane said.

God was preparing Jeane Briggs for her role as mom-to-38 long before she realized it.

Along with the dream of someday adopting, God instilled in her a deep passion of caring for others. This put her in the nursing field early on in her career.

The skills Jeane learned during her time as a nurse is how she’s able to care for the Briggs children, many of whom have special medical needs.

"We've had heart surgeries, significant orthopedic surgeries where I did all the PT because there was no other resource here," Jeane explained.

In fact, that’s precisely how the couple ended up with 38 kids!

Because of Jeane’s medical knowledge, adoption agencies often ask her advice on special cases. And Jeane is fully aware that finding adoptive parents who are willing and able to take on these special medical needs can pose a real challenge. That’s where the couple would feel God calling them.

A Home For ‘Unwanted’ Children

When they feared no one wanted a child, that’s when Jeane and Paul Briggs stepped in.

"For many of our children, we’ve given them the opportunity to live," Jeane said. "They would have died."

And that’s a fact not lost on any of the kids.

"If I was in Russia, I probably would have died because I have had 12 families that rejected me because of my polio,” 17-year-old Mya said. “I know God brought them into my life for a reason and they have helped me this far. They are amazing people."

29-year-old Joseph from Ukraine, who became a part of the Briggs family at 15, feels the same way. His biological parents abandoned him after he was born with a cleft lip.

"When you have a family, it’s different. You know you have somebody who loves you, cares for you, makes sure you are safe, you're not hungry," he said. "In the orphanage, it was opposite. You were on your own a lot of times."

That love and sense of belonging didn’t just come from Jeane and Paul Briggs. Their biological children were just as accepting of their ever-expanding family.

"I had always wanted more younger siblings, so I always enjoyed it," daughter Mary Kate said.

Mary Kate (32) lives just 9 houses down the street from her parents. She has 11 kids of her own — 7 biological and 4 adopted. They all visit the Brigg’s home each day to lend a hand and participate in homeschool lessons.

But how on earth can one couple manage to care for 38 kids?

For starters, it takes a lot of organization and teamwork. The couple relies on God to provide the rest.

Jeane stays to take care of the children’s schooling and medical needs. Paul works in IT. He says his company has generously supported their mission to love “unwanted” kids from around the world. They’ve given the family $10,000 for each adoption.

The couple takes advantage of the adoption tax credit each year but otherwise does not receive any government assistance. God is faithful in making sure the Briggs family has all they need.

The 38 kids are all part of His plan. And that’s why Jeane and Paul Briggs don’t plan on stopping anytime soon.

"We answer to what we believe our call upon our lives is," Jeane explained. "We've carefully considered and prayed about each child in our family even our biological children. It ultimately is our choice."

To learn more about this inspirational family, including what a typical day looks like in their home, be sure to watch the video below!

WATCH: What Life With 38 Kids Is Like — Jeane & Paul Briggs