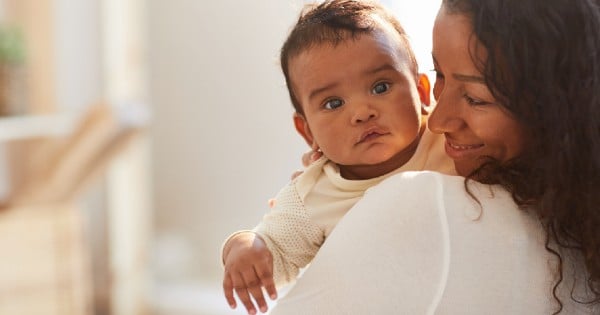 A Haitian schoolgirl suffered with a large tumor on her face for years. It was removed once, but it then grew back and threatened her life. But God stepped in!

Larry O’Reilly is an American businessman, and Hennglise Dorival is a Haitian schoolgirl. Their friendship is no coincidence; God Himself ordered it for such a special time as this.

Larry visited Haiti, and he returned a year later anxious to see the girl that he had taken beneath his wing. But when he saw her he was shocked and worried, “I thought, ‘Oh my gosh, what’s going on?’ It looked like she had kind of been punched,” Larry said. The Pastor at Hennglise’s school told him “No, it’s come back.”

What had come back was a tumor, the same tumor that they tirelessly worked to have removed just one year before.

But Haitian doctors were unsuccessful at removing all of the tissue, so – it grew back. This time it weighed four pounds and was the size of two grapefruits.

“I couldn’t give up on her,” Larry said, “I knew it would be fairly tragic for her if something didn’t happen.”

Their journey in fighting the tumor started four years ago. Hennglise’s mother, Yvrose Charles remembers it starting with a toothache. They traveled to a dentist to have the tooth pulled. Then some time later a bump formed on her cheek. Hennglise’s friends and even family started to abandon her.

Yvrose is a 36-year-old single mother with three children. She sells food and sugar to make ends meet. Their home has no electricity; that fueled Larry to help all the more.

Larry began fighting to get Hennglise to America so that she could receive life saving care. But because she had no passport, birth certificate, or medical insurance, many hospitals were hesitant in taking on such a high-risk procedure.

Finally, God led Larry to an angel, Operation Smile’s CEO, Dr. William Magee. Dr. Magee knew that with out help, the beautiful teenaged schoolgirl would die even though the tumor was not cancerous.

“She would have suffocated in the next six months, as [the tumor] would have completely obstructed her airflow,” Dr. Magee explained.

He decided to perform the life saving surgery himself.

Just before the surgery Hennglise told her translator that she was not afraid, but rather happy and excited. She was excited to see her face again.

The surgery took place at Children’s Hospital of the Kings Daughters in Norfolk, Virginia. Dr. Magee and a whole team of experts worked tirelessly for 12 hours. They removed the tumor and are confident that it will not return. They worked on Hennglise’s facial structure, and restored her vision.

Hennglise’s mom did not have words for her gratitude. “I came into the waiting room afterward, and her mom almost tackled me,” Dr. Magee said. “She’s kind of stone faced and doesn’t express her emotions much, but after she saw a picture of her daughter, she almost knocked me over.”

But before the surgery even started, and while the tumor was still on her face, Hennglise was asked about her feelings towards her upcoming procedure.

Her response was not about the outcome, nor was it about how it would make her look.

Her response was much deeper.

It came from her heart, and it was about how the team of people rallying to help her made her feel.

And God accepts her too.