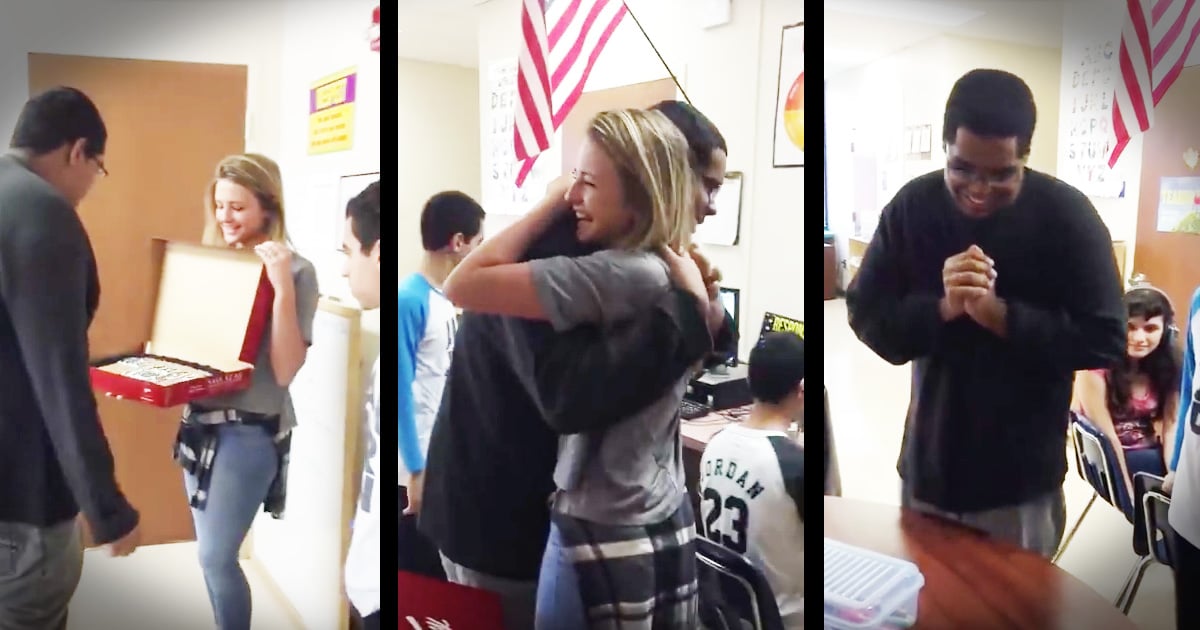 This Dog Is A Giant Guardian Angel!

5-year-old Mark Cannon has always been close with his dog, Alfie. The stark contrast of a giant dog next to a small boy may make the two seem like an unlikely pair to some. But Alfie is more than just Mark’s best friend — he’s also his guardian angel! And that’s because he noticed something very important about Mark long before anyone else did. 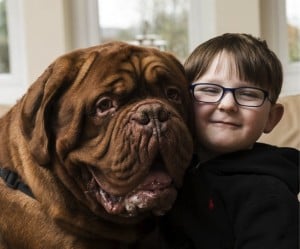 The 182-pound Dogue de Bordeaux had a habit of always staying to the right of his pint-sized human. Parents, Sharlene and Mark, Sr., began to notice this quirk. Though it seemed a bit odd, they didn’t think much of it. 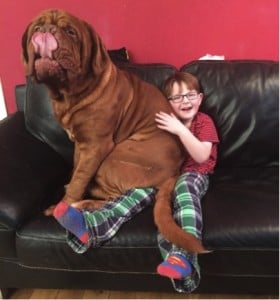 “We always just thought it was a funny coincidence that Alfie would only sit or walk on one side of him,” Sharlene recalls.

But then Mark had a vision test, and all of the pieces fell into place. The eye doctor explained that the vision in Mark’s right eye was so blurry he could barely see out of it, due to a severe astigmatism. The little boy had never complained about the blurry vision because it was all he’d ever known. As far as he was concerned, that’s just the way things looked. But it became clear that Alfie’s charming quirk was actually very purposeful.

“There was that realization when suddenly it all made sense. Alfie was always there by his right-hand side to guide him,” said Sharlene.

Sharlene says that Alfie has looked out for Mark since he was a baby. And Alfie’s recognition that something was off with the boy actually helped save Mark’s vision all together! The astigmatism was discovered with enough time to correct the problem, and had it gone undetected much longer, the boy could have gone blind. Instead, it is now being corrected with the use of an eye patch. 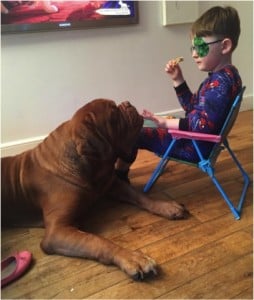 Believe it or not, this isn’t the first time the perceptive dog has detected a medical issue long before anyone else.

Alfie was often found sniffing and licking the leg of the other family dog, Cass. Later, the vet found a cancerous tumor in the precise spot that Alfie would lick. Sadly, it was too late for Cass, and she has since passed away. 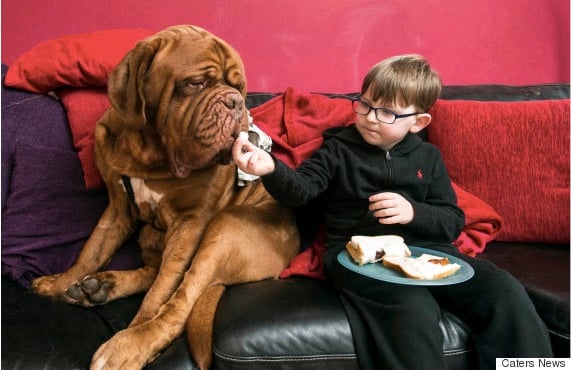 But the family now recognizes that Alfie has a special knack — what they jokingly call his “superpower” — for sensing when something is going wrong. And with Mark and Alfie being practically inseparable, it’s reassuring to know that Alfie is always keeping an eye out for his little buddy.

“They have this unbelievable bond,” Sharlene said. “Alfie’s instinct is incredible. He knows when something is wrong with Mark before we do, even when he’s just feeling unwell.” 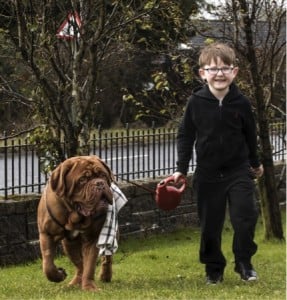 And here’s just another wonderful example of how God places special 4-legged angels in our lives for specific reasons!

Check out what an adorable pair this boy and an abandoned cat make! 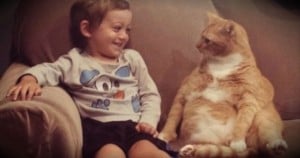