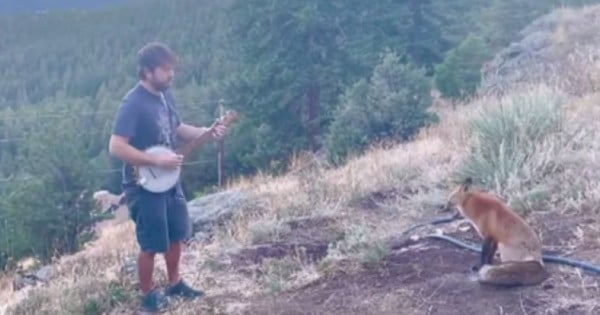 After residents in Lake Tahoe blamed a 500-pound bear for break-ins in their area, evidence soon showed that it was actually a trio of bears that were causing havoc.

The bear that the community blamed for damages was named Hank the Tank for his enormous size. But the California Department of Fish and Wildlife had DNA evidence to prove that Hank was not working alone.

RELATED: Delivery Driver Who Encounters A Black Bear Knew Just What To Do And Cameras Caught It All

“While recent incidents of bears invading homes were originally thought to be a single bear, DNA evidence collected from the most recent incident as well as prior incidents over the past several months prove that at least three bears were responsible for breaking into numerous residences,” the department said.

They went on to share about how using only physical characteristics can lead to misidentifying bears.

“Identifying bears simply by their visible, physical characteristics can lead to misidentifying bears. And therefore confusing management efforts,” the CDFW said. “The genetic information gleaned from our effort in the South Lake Tahoe area will assist CDFW by expanding its database of bear genetics. And hopefully preventing future misidentification of bears. During this effort, CDFW will gather information and learn from scientific analysis to help inform and refine our bear management in the Lake Tahoe Basin.”

The bears have so far damaged 38 homes in the area by breaking through garages, windows, and doors. Their efforts were made in order to obtain some human food, and boy, did they make a mess trying to satisfy their cravings!

The three bears have now been called Hanks the Tanks. Which is fitting because of their size and the amount of damage that has followed them.

YOU MAY ALSO LIKE: 80-Year-Old Appears Trudges Through Terrible Blizzard To Rescue Strangers

Once the bears are trapped and tagged by the CDFW, they will be released into a more suitable habitat. Probably further away from the neighborhoods that they have been ransacking.