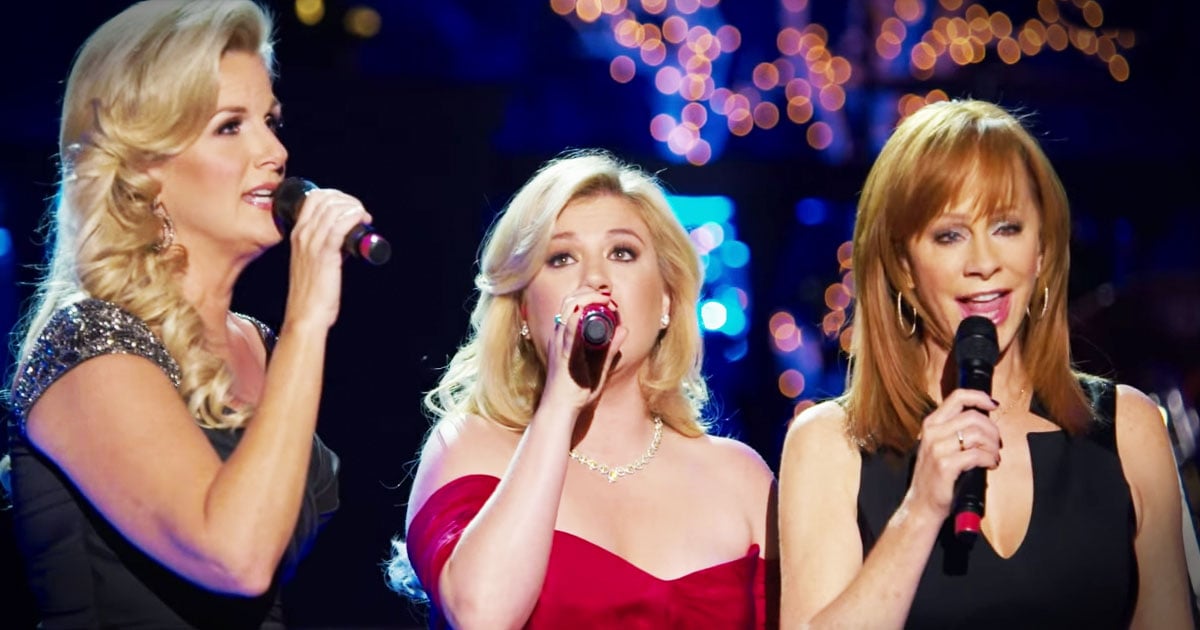 Back in 1957, Elvis released Elvis’ Christmas Album and it topped the charts for over a month. It also went on to sell nearly 20 million copies in various editions. The album is still looked at as one of the best holiday albums out there. With a mix of traditional favorites and nods to his gospel roots, these Elvis Christmas songs are sure to encourage you and inspire your faith!

Peace In The Valley

Thomas Dorsey originally wrote this gospel song in 1937, and it was originally recorded by Mahalia Jackson. The song did not become popular though until Red Foley and the Sunshine Boys made it a hit in 1951, making it the first gospel recording to sell one million copies. ‘Peace in the Valley’ also became enormously popular after Elvis sang it on The Ed Sullivan Show in 1957.

But I must go alone

Till the Lord comes and calls, calls me away, oh yes

Well the morning's so bright

And the lamp is alight

And the night, night is as black as the sea, oh yes

There will be peace in the valley for me, some day

There will be peace in the valley for me, oh Lord I pray

There'll be no sadness, no sorrow

No trouble, trouble I see

There will be peace in the valley for me, for me”

The lyrics of ‘Peace in the Valley’ give the listener hope, even though life may be full of hard times. The narrator of the song does not let the difficulties of life bring him down, because he knows that this life is not eternal. God is our ever-present strength and firm foundation. And even in the valleys of life, we can find peace in Him.

‘Silent Night’ was written in 1818, with lyrics by Joseph Mohr and music by Franz Xaver Gruber. The song was first performed on Christmas Eve in 1818 at St. Nicholas parish church in Oberndof, a small town in Austria.

All is calm, all is bright

‘Round yon virgin Mother and Child

Holy infant so tender and mild

This popular Christmas song was on Elvis’ Christmas Album which was released in 1957. This was one of two Christmas-themed albums that Presley released, with the other one being Elvis Sings the Wonderful World of Christmas that came out in 1971. This is a song that you’re sure to hear every Christmas, and one that reminds us of the wonderful peace and hope that Jesus brings us.

‘Take My Hand, Precious Lord' was written by Thomas A. Dorsey in 1932. It has remained a beloved gospel song all these years and has been performed by music legends like Mahalia Jackson and Elvis Presley. The song has even been translated into more than 40 languages. It was a favorite song of Martin Luther King Jr. and was sung at the rally in Memphis the night before his assassination. President Lyndon B. Johnson also loved the song and requested it to be sung at his funeral.

Lead me on, let me stand,

Lead me on to the light:

Even with the tragedies in life, God can help us overcome them and use our struggles for good. This beloved hymn continues to encourage people to look to the Lord for our strength.

RELATED: Elvis Presley | ‘How Great Thou Art’ – Story Behind Lyrics

This Christmas song was written in 1868 by Phillips Brooks, an Episcopal priest. He was inspired by a trip that he took three years prior where he visited the village of Bethlehem. Brooks wrote the lyrics for ‘O Little Town of Bethlehem,’ and his church’s organist, Lewis Redner added the music.

How still we see thee lie

Above thy deep and dreamless sleep

The silent stars go by

Yet in thy dark streets shineth

The hopes and fears of all the years

Are met in thee tonight”

The hymn appears on Elvis’ Christmas Album from 1957. The lyrics describe the setting of Christ’s birth and the wondrous gift that would be his life, teachings, and sacrifice.

‘I Believe’ was written in 1953 by Erwin Drake, Irvin Graham, Jimmy Shirl, and Al Stilman. The song was commissioned and introduced by Jane Froman on her television show, and it became the first hit song ever introduced on TV. It was the biggest-selling single of 1953 in the UK, and it spent a record total of 18 weeks at the #1 spot.

“I believe for every drop of rain that falls

I believe that somewhere in the darkest night

I believe for everyone that goes astray

Someone will come to show the way

This was one of the first religious songs that Elvis recorded with The Jordanaires. ‘I Believe’ was on an EP with three other gospel songs, and the sales from it racked up to make as much as the secular EPs that Elvis made.

YOU MAY ALSO LIKE: Elvis Presley | ‘In The Garden’ – Inspiring Story of Lyrics

It’s No Secret What God Can Do

This song was written by Stuart Hamblen in 1950, shortly after he committed his life to Christ. He was the son of a Methodist minister from Texas and became famous as one of radio’s first “singing cowboys”. Hamblen did not handle his fame well, and his life soon turned to drinking and other destructive behaviors that landed him in jail many times. After he became a Christian and changed his way, Hamblen’s friend John Wayne asked him what caused it. Hamblen responded that it was no secret what God had done for him and what God could do for his friend, too. That’s when John Wayne told Hamblen that he should turn those words into a song.

“It is no secret what God can do

What he’s done for others, He’ll do for you

It is no secret what God can do”

Hamblen followed Wayne’s advice and “It’s No Secret What God Can Do” became the first song to reach #1 on the Gospel, Country, and Pop charts. Elvis later recorded the song in 1957 and it was released on his Christmas album that same year.