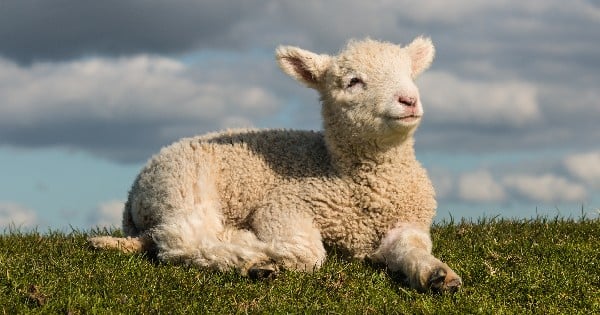 This Lamb Offers A GUARANTEE. And Can Be Trusted With Your Life!
Read Article »

“Divine Intervention” is a very real term and truly exists! And these (7) people have survived (7) very different MIRACLES where the ONLY explanation is God. Read on and be amazed at how strong the human spirit really is.

His spine must have been a lightning rod. Read his amazing survival below. Roy has been struck by lightening on (6) different accounts. His first incident was when he was on a hike and got caught in a storm. When he was running for cover, he was struck 7 or 8 times in that day alone! His next occurrence was in 1969 when his truck was struck knocking him unconscious as the lightening bolt ripped through his truck. His third encounter was in his own front yard in 1970. He was just standing there. His fourth accident was in the Shenandoah National Park where he worked in the ranger station. The fifth lightening strike was again in the National Park. His sixth and final time was in 1976. Roy was fishing and was struck in the head. AMAZINGLY he survived all of the incidents. Roy is no longer with us. He died of a self-inflicted gun shot due to a broken heart.

"The desert, when the sun comes up…I couldn’t tell where heaven stopped and the Earth began." {Tom Hanks}

Maura Prosperi loves to run so he took on the huge feat of running a marathon in Morocco. However, what he didn’t realize almost cost him his life. But God clearly had other plans for him as well. This was not your ordinary marathon but more of an endurance test. The race would last 36 hours and would take place running across the Sahara Desert. Maura made a mistake and found himself off course. He did everything he could think of to survive, even drinking his own urine. He did find shelter in an old Muslim shrine where he attempted to kill himself, but that too didn’t work. Getting the strength to carry on, Maura began walking. And, praise God – was found. Although 35 pounds lighter and with some liver damage, Maura has fully recovered. Four years later, Maura returned to the desert and finished the race!

He saw a “flash brighter than a thousand suns, but did not feel any pain.”

Anatoli Bugorski is a skilled scientist in Russia and (at the time) was working on one of the largest Soviet particle accelerators in the world. In other words, a really large proton beam. The machinery was acting ‘off’ and he leaned in to correct the part when his head was placed in the path of the beam. The proton beam shot through the back of his skull and exited just to the left side of his nose. Due to such extreme radiation, he was not expected to live, but God had other plans. Anatoli survived beating all odds and went on to complete his PhD. He is alive and well today.

This angel fell from the sky.

Vesna Vulovic was a young 22 year-old flight attendant working for Yugoslav Airlines. Due to a mix-up on her work schedule, she boarded a flight by accident only to find herself in the middle of a terrorist attack / hijack. A bomb exploded while in flight and Vesna was thrown from the plane and fell 33,333 feet. She SURVIVED! Did I mention there was no parachute? Amazing. God is completely in control.

Anna Elisabeth Johansson Bågenholm, a Swedish radiologist, was enjoying a day of skiing. This area was very familiar to her so there was no reason to be alarmed. Until she turned down a very steep slope and landed in a frozen waterfall. Anna spent 80 minutes trapped underwater and is truly a walking miracle today. Her body temperature (56.7F) fell below any recorded temperature in medical history in which a human survived. In addition, Anna was under water so long that she suffered circulatory arrest as well. She was only discovered by her feet and skis that remained above ground for a passerby to spot.

Chronicled his experience in the book he wrote, “Touching The Void.”

Joe Simpson is an avid mountain climber and hasn’t let this ‘mishap’ slow him down one bit! He explains his full experience in his book “Touching The Void” where he survived against all odds. He was climbing in the Andes Mountains with his climbing partner until something went very wrong. As Joe was on the descent (unplanned) his partner was forced to cut Joe lose, leaving him there to die OR they would both surely perish. Once Joe was cut lose, he fell into a crevasse leaving him with a shattered leg, as well. Joe, not willing to accept defeat nor death, climbed his way out. Doctors told him he would most likely never climb again, but Joe has proved them wrong, too. In just 2 short years, Joe was back in the mountains doing what he loves.

Frane Salek has the most interesting story of them all. (that’s why I saved him for last) Frane has experienced MULTIPLE accidents – any one of them could have taken his life but he survived and for that he is grateful! In 1962, Frane was traveling in Croatia by train when the train derailed and plunged into the river below. 17 people died…but Frane survived. in 1963, Frane was thrown from a plane yet landed into a haystack and survived. In 1966, Frane was aboard a bus that slid off the road and into a river. Again, he survived where others around him were killed. In 1970, his car caught on fire…Frane survived. In 1973, his car had a faulty fuel line starting a fire but he was rescued before the explosion. In 1995, Frane was hit by a bus. (Really??) And he survived. And then in 2005, Frane WON THE LOTTERY! He gave most of his fortune away with a grateful heart giving God the glory!

God works in mysterious ways. But He is there. These (7) are walking testimonies to God’s grace, mercy, plan, love and compassion.