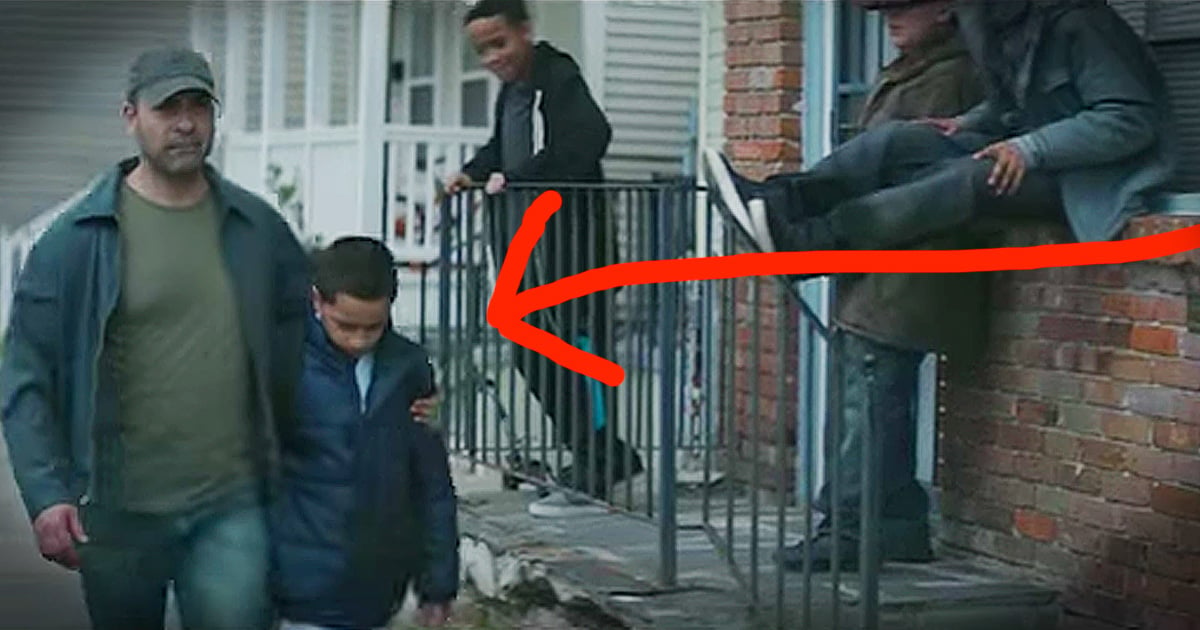 This 7-Year-Old Beauty Is Wise Beyond Her Years

Sometimes, inspiration comes from where you’d least expect it. Today, it comes from a 7-year-old beauty queen who refused to cover up her birthmark with makeup! 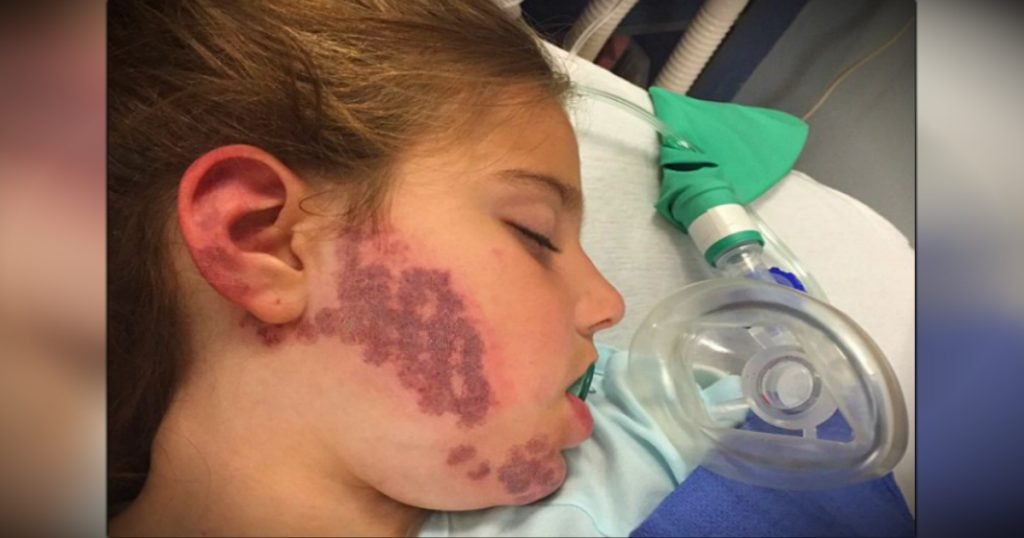 Esabella Parisi may only be 7 years old. But even at such a young age, she’s already learning something that takes many a lifetime to figure out. In fact, some never do. And that’s how to be comfortable in her own skin! 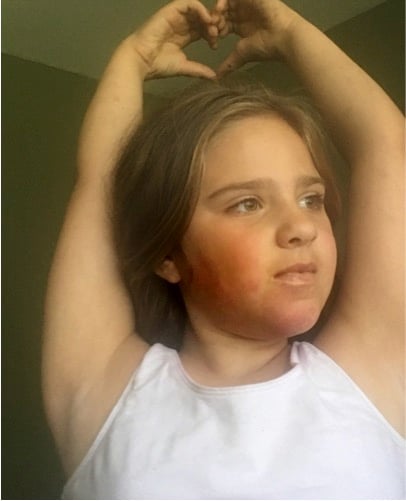 Esabella Parisi was born with a large birthmark on the right side of her face, dubbed a port-wine stain. Closely grouped, swollen blood vessels turn the skin a reddish-purplish color, earning this particular type of birthmark its nickname.

The doctors rushed to tell Esabella’s parents, Marie and Ronnie, that something was wrong when the precious girl was born. The birthmark came as a complete surprise. 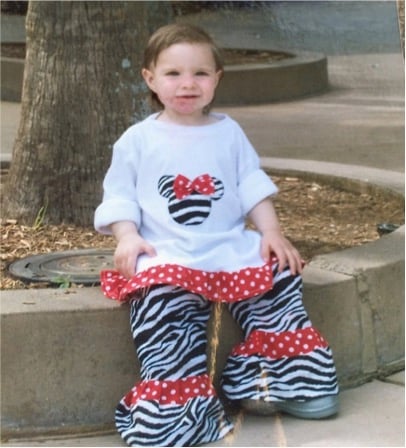 Naturally, Esabella was nothing less than a beautiful angel to her parents. But sadly, the birthmark caused all kinds of unpleasant reactions from strangers right from the start. 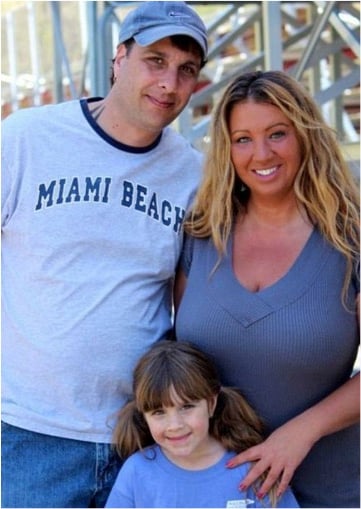 “When she was a baby people would always give us dirty looks and ask us what happened to her face all the time and some parents would pull their kids away, thinking she was contagious,” explained her mom, Marie. “I was absolutely terrified about bullying, especially after the weird looks and comments I heard from other parents.”

RELATED: People accuse the mother of a girl with rare skin disease of burning her

The cruel response from adults left Esabella’s parents fearful of how the little girl’s peers would react. Doctors said laser treatment was the best way to reduce the visibility of the mark, and keep it from getting worse. They also said it was best to start these treatments at a young age when the skin is thinner. That way, the discoloration would fade more easily and not grow back as quickly.

Unfortunately, the laser treatments Esabella only made stranger’s reactions worse.

“After treatment she would be left with dark purple circles. They only lasted two weeks but the strangers would automatically think there was something wrong with her,” Marie went on to say. 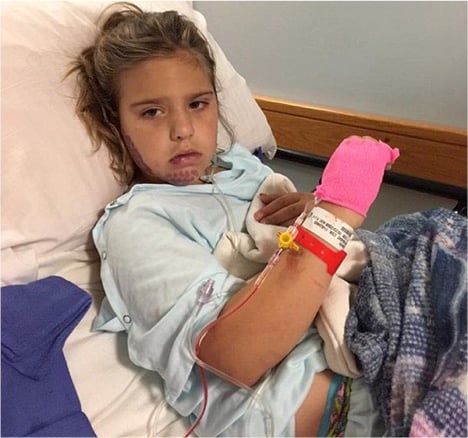 Esabella has undergone more than 20 sessions of laser treatment over the years. But the 7-year-old beauty has decided to stop. And that’s because this little angel realizes true beauty comes from what’s on the inside!

RELATED: Brave teen with severe psoriasis learns to love herself

Esabella boldly embraces her birthmark, rather than trying to hide it. Our Heavenly Father fearfully and beautifully made her to be exactly who she is. And the sweet girl’s acceptance of this has awed and inspired her parents.

“Even now at such a young age she knows how to answer questions about her birthmark and doesn’t seem to be concerned by it at all,” Marie says. “The kids in her class even started searching to see if they had beauty marks too, which was sweet. They’re all supportive and thankfully I know that my daughter is confident in who she is.” 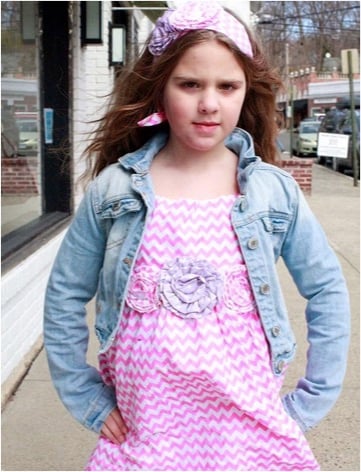 Esabella loves acting, singing and dancing. Still, she surprised her parents when she told them she wanted to enter a beauty pageant. The idea made Marie nervous at first, but Esabella’s determination to do it eventually won out.

Beauty pageants often come with tons of makeup. But not for Esabella. The 7-year-old beauty refused to use makeup to cover her birthmark. She has nothing to hide. She’s gorgeous just the way God made her! 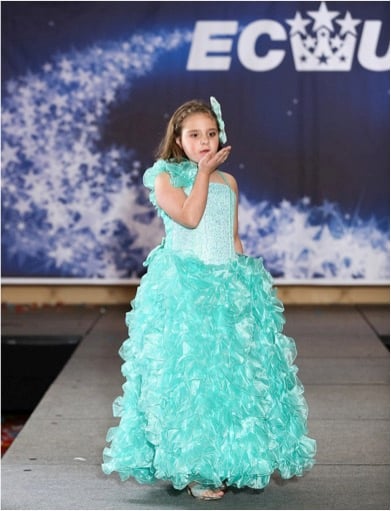 And it looks like the judges agreed! Esabella not only won the title of “Prettiest Eyes,” but also placed second in the Beauty category of the East Coast USA Pageant. This means the adorable girl will go on to compete in the national contest coming up. 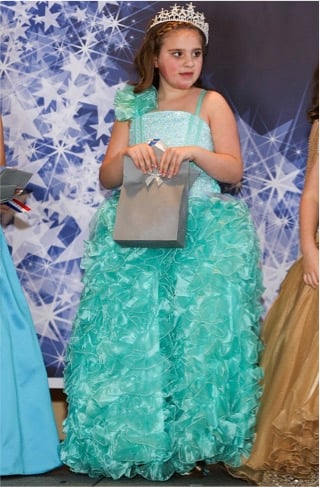 Way to go Esabella! This 7-year-old beauty queen is such an inspiration. And she’s teaching everyone who hears her story that you don’t have to look or act a certain way to be beautiful.

“Your beauty should not come from outward adornment, such as elaborate hairstyles and the wearing of gold jewelry or fine clothes. Rather, it should be that of your inner self, the unfading beauty of a gentle and quiet spirit, which is of great worth in God's sight.” 1 Peter 3:3-4

See why this amazing woman is thanking the bullies who called her the ‘ugliest woman alive.’ 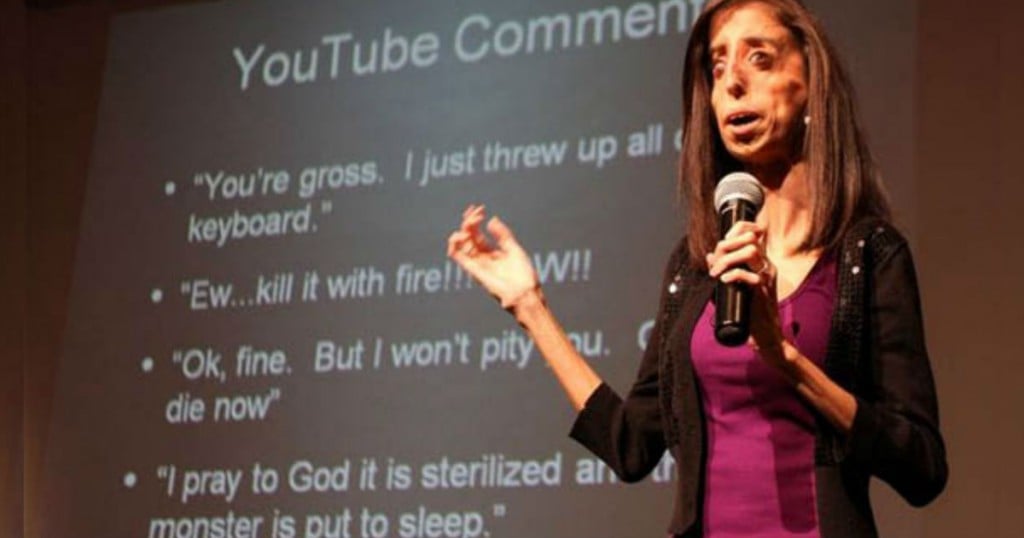