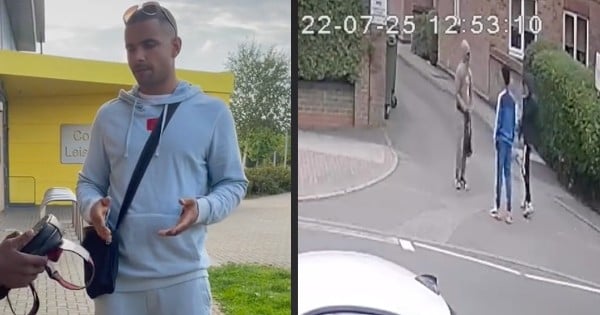 One couple shares the secret of a happy union after celebrating 86 years of marriage!

Ralph Kohler is 104 years old and his bride, Dorothy Kohler, is 103 years old. Their anniversary is September 16th, and this year, they celebrated 86 years of marital bliss! Over that time, the couple's love created a big, beautiful family made up of three children, six grandchildren, seven great-grandchildren, and two great-great-grandchildren.

The pair got married back in 1935 in Tekamah, Nebraska. At the time, Ralph was 18 years old, and Dorothy was 17 years old. Just a couple of young kids deeply in love!

The two were actually denied a marriage license at first because the court official thought that they were too young to get married. But the couple just went somewhere else to tie the knot. And look at them now – celebrating so many years of togetherness!

Dorothy and Ralph say that "togetherness" is the key to a lifetime of happiness. They both enjoy different hobbies but chose to learn about what the other one was interested in. That way they could participate in each of the hobbies together.

After 86 Years Of Marriage, Ralph & Dorothy Kohler Share Their Secret

For instance, Ralph enjoys clay target shooting, and Dorothy likes ballroom dancing. At the start of their marriage, they decided to involve themselves in both hobbies. This led to them becoming fierce competitors in each sport, and they have earned hundreds of awards in both trapshooting and dancing.

Ralph shared about his life with Dorothy and mentioned how little they argued. "A sharp word once in a while maybe, but it didn't last," he said.

YOU MAY ALSO LIKE: Not a Day Went by That She Didn't Think about Baby She Gave Up 33 Years Ago, Then They Met

What a beautiful testimony of a long-lasting and loving marriage! And after enjoying 86 years of marriage and being recognized as the longest-living married couple in the country, these two have quite a lot to celebrate!