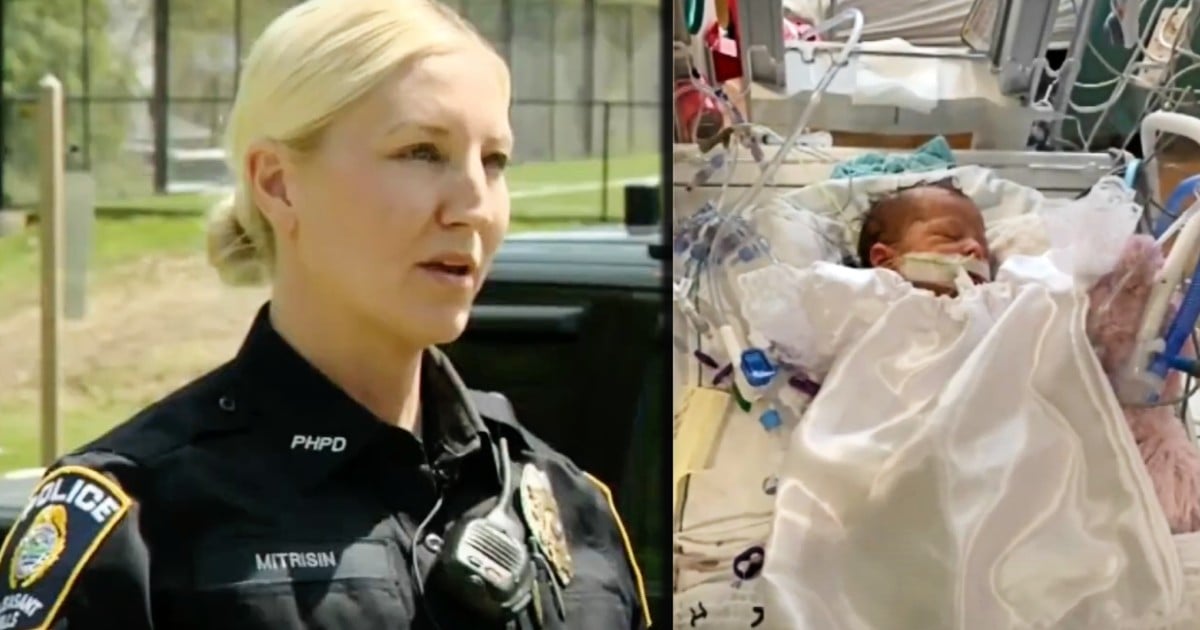 A 25-year-old woman miraculously had 9 babies born at once in an extremely rare nonuplets pregnancy that took the doctors (and mom) completely by surprise!

25-year-old Halima Cisse from Timbuktu was expecting 7 babies. After all, doctors said she was pregnant with septuplets. And surely that was quite a shock all by itself.

RELATED: The Bizarre But Absolutely True Story Of A Woman Who Birthed 69 Babies

But as it turns out, Halima’s septuplet pregnancy was actually an extremely rare nonuplets pregnancy. And that means she delivered 9 babies born at once!

A nonuplets pregnancy is extremely rare. In fact, there are only 2 other reported cases outside of Halima’s. One to an Australian mother in 1971 and one in 1999 to a woman in Malaysia. In both cases, not all 9 babies born at once survived.

And that’s why Halima Cisse’s pregnancy is such a miracle!

Doctors estimated each of Halima’s unborn babies stood a 50% chance of being stillborn. But all 9 of these precious children arrive alive and well!

When Nadya Suleman, better known as Octomom, gave birth to her octuplets in 2009, she set the World Record for most children delivered at a single birth to survive. But now, it seems as though that record has been topped.

Even before Halima knew about her nonuplets pregnancy, she captured the hearts of her nation. The people of Mali took a huge interest in the mom when she thought she was having septuplets.

Then, when another doctor discovered she’d actually have 9 babies born at once, folks became even more enthralled. As her medical team began worrying about the safety of the babies, the president of Mali intervened. He had Halima flown to a hospital in Morroco where she could be surrounded by specialists.

Doctors placed Halima on bedrest since labor with multiples usually happens prematurely. They succeeded in stretching the pregnancy to 30 weeks before all 9 babies were born at once via c-section.

Blessed With 9 Babies Born At Once

Halima’s husband, Adjudant Kader Arby, wasn’t able to accompany his wife in Morroco. He stayed behind in Mali with the couple’s older daughter. But he remained in constant contact with his wife and rejoiced along with so many others over the 9 babies born at once.

Halima Cisse gave birth to 5 girls and 4 boys while surrounded by a team of 10 doctors and 25 paramedics. Each baby weighed between 1 and 2 pounds. And because they arrived prematurely, the hospital will keep them in incubators for 2 to 3 months.

The couple could easily allow worry to overcome their joy since the survival odds for nonuplets are so poor. However, the faithful family is placing the fate of their little ones right where it belongs — in God’s hands!

“God gave us these children,” the babies’ proud papa says. “He is the one to decide what will happen to them. I’m not worried about that. When the Almighty does something, He knows why.”

YOU MAY ALSO LIKE: Story Of Rare Triplet Pregnancy Where Mom Got Pregnant While Already Pregnant With Twins

What an incredible blessing! We will certainly be wrapping this precious family in prayer.

“Behold, children are a heritage from the LORD, the fruit of the womb a reward. Like arrows in the hand of a warrior are the children of one's youth. Blessed is the man who fills his quiver with them! He shall not be put to shame when he speaks with his enemies in the gate.” Psalm 127:3-5

WATCH: 9 Babies Born At Once To Mom In Mali