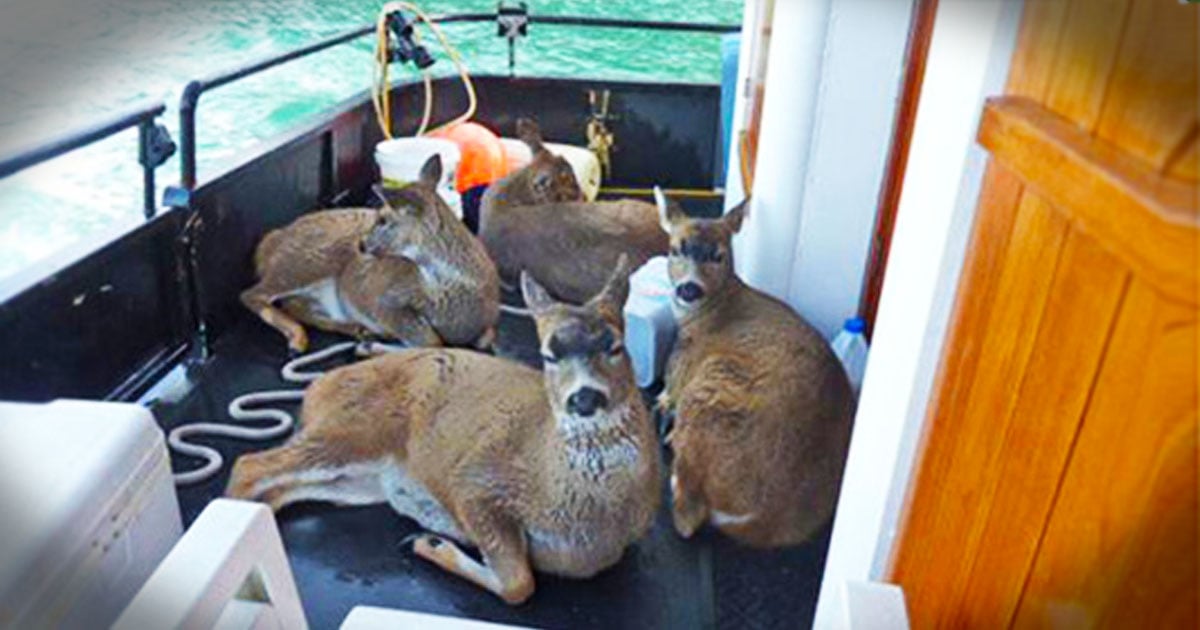 These Deer Were Trapped In The Icy Waters With No Hope In Sight. Until God Sent Help Just In Time!
Read Article »

An adorable and large 400lb black bear stumbled his way into a peaceful neighborhood in Florida. The poor bear didn’t mean any harm. He just lost his way. We decided to name him Baloo. When Wildlife officers arrived, they had no choice but sedate Big Baloo in order to safely get him back to his home in the Osceola National Forest.

Thankfully, Adam Warwick, who just so happens to be a biologist with the Wildlife Commission was nearby, and he wasn’t going to let sweet Baloo drown.

So Adam swam after Baloo.

“It was a spur of the moment decision. I had a lot of adrenaline pumping when I saw the bear in the water,” the brave Adam said.

Even though Adam knew that saving Baloo could be potentially dangerous because the bear was afraid and would possible defend itself, he was still determined to rescue him. And Baloo, knew that he was safe with Adam.

Adam kept his head above water the entire time, and he and Baloo made it back to shallow water. Adam only had one small scratch from rescuing Baloo.

Other team members came to help when Adam and Baloo got to shore. It took a construction truck to move Big Baloo. When they finally got him in the truck, Adam rode with him back home.

Baloo is back in the forest, safe and sound. And happy. Thanks to the Lord sending Adam.