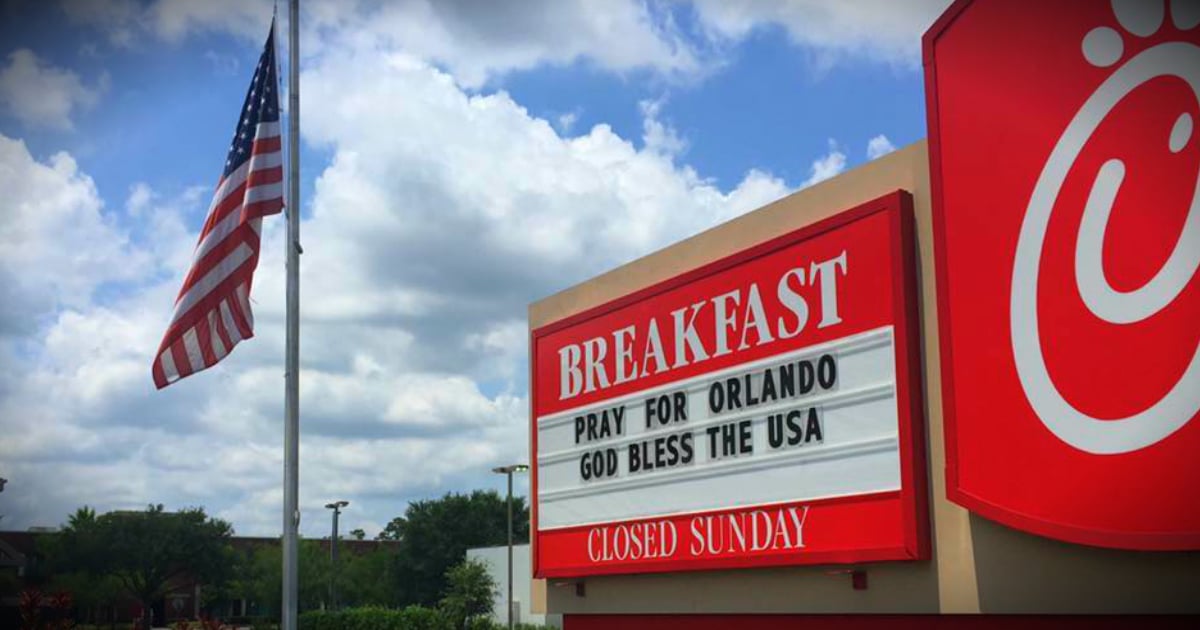 When a college kid heard rustling late at night in the laundry room, he never expected to find an abandoned baby in a box. And this true inspirational story was clearly divine intervention!

A San Francisco State University student named Patrick was doing some laundry late one night when he got the shock of a lifetime. A rustling noise drew Patrick’s attention to a cardboard box in the laundry room. And curiosity quickly turned to horrified surprise as a peek into the box revealed an infant! But seeing what God has done in the life of this abandoned baby is truly incredible.

The baby was Jillian Sobol. Her biological mother was practically a kid herself when she got pregnant. Terrified, she hid the pregnancy — even from the father, a boy she’d met at a party — and secretly delivered her daughter in her dorm room. She wrapped the newborn in towels and put her into a cardboard box in the campus laundry room. 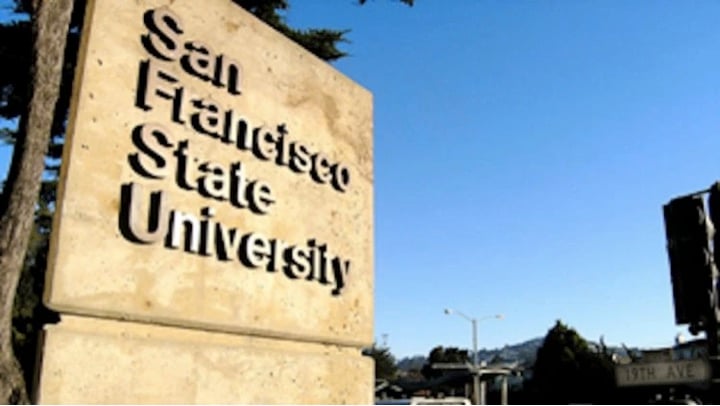 The abandoned baby Jillian never cried. She lay in the box for several hours, her temperature dangerously plummeting and her skin turning blue. It would certainly have been the end had the baby’s stirring not caught the attention of the student who’d popped in to put his clothes into the dryer.

Stunned by what he’d found, Patrick ran into the next room to get help from the only other person he could find — another student doing laundry. That student was a sophomore by the name of Esther Raiger. And Esther just so happened to be a nursing student who’d just taken some classes on newborn care. It was clear, even to Esther, that God had put the right person in the right place!

"I really don't believe in luck," said Esther Raiger, now 53. "This would have to be divine intervention."

RELATED: An Abandoned Baby Is Discovered In A Church’s Manger

Recognizing that the crudely cut umbilical chord left the baby at risk of infection and that the bluish skin color meant a risk of hypothermia, Esther flew into action. While Patrick called 911, Esther checked baby Jillian’s airways and cuddled her close to warm her up. Ten minutes later, paramedics arrived and whisked the infant off to the hospital.

Thankfully, little Jillian was ok, and the hospital staff affectionately dubbed her Baby Jane Doe. The shocking story filled the newspapers and offers for adoption started rolling in. But God had already chosen a family.

Sam and Helene Sobol had adopted their 8-month-old son, Jeffrey, 3 years prior. Since then, they had wanted to add a daughter to the family, and were on the adoption waiting list for a girl.

Helen had been keeping up with the news on Baby Jane Doe, and had felt an intense stirring in her heart each time she read about the abandoned baby girl. The first time she’d seen the pictures of Baby Jane Doe, she’d thought to herself, “This is our baby.”

RELATED: These Happy Parents Meet Their Adopted Baby Girl For The First Time

So, it was a powerful moment when the phone finally rang, with the city’s social services department on the other end. They were calling about the adoption of Baby Jane Doe.

"I was shivering - I was in tears," she recalls, remembering that phone call. "This is our baby." 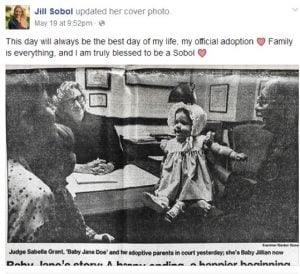 The Sobols had an immediate connection with the tiny girl they named Jillian and were more than delighted to lovingly accept her into their family. But first, this would require consent from the infant’s biological parents.

The police and social services had managed to track them both down. Her 19-year-old mother confessed to the concealment of her pregnancy and signed the papers relinquishing her maternal rights. Because she had left the baby where she would be found, she was not charged with child endangerment.

For Jillian’s 20-year-old father, the birth of his daughter came as a complete surprise. While he signed the papers as well, he wasn’t so sure he wanted to turn over his rights and was given 30 days to change his mind. It was agonizing for the Sobols, but a blessing to Jillian 30 years later. As an adult, she saw his reluctance as a sign that he cared for her.

RELATED: Little Girl Forgives The Dad Who Abandoned Her At 2 Years Old

He asked to see the baby, and Helene obliged, though she didn’t want to let little Jillian out of her arms. But she describes Jillian’s biological father as a personable and charming young man. Still a student, he ultimately turned over his rights and allowed the Sobols to provide the stable, loving home Jillian deserved. 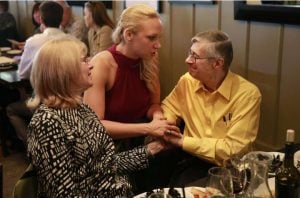 Jillian and her adoptive parents were very different. They were reserved professionals, whereas she was more adventurous and rambunctious. But those differences balanced out to make for the perfect pairing.

The Sobols both valued education. Sam had graduated from Yale and Helene from UC Berkeley. So they were quick to realize that Jillian’s struggles in school were not due to a lack of intelligence, but rather a learning disability. They patiently encouraged Jillian as she persevered through her learning difficulties, attending four different high schools, the last a boarding school in Costa Rica for underachieving students.

Jillian had always known she was adopted, but at 16 her parents finally revealed the full details of the circumstances behind her adoption. It was shocking news, but the kind couple delivered it with such compassion, explaining how very young and scared her biological mother had been.

"I'm not certain of her actual words,”Jillian recalls. “It's more the feelings of feeling special and feeling loved."

Her adoptive parents were by her side as she researched her past, diving into the old newspaper articles surrounding her birth. Their love and support helped her to see the blessings that blossomed from the grim circumstances.

"There was an outpouring of love from the people who found me, and the people at the hospital. And this army of people trying to help me and find (the parents). I do feel so grateful for all of that - and how it led me to my amazing parents and family," Jillian says. 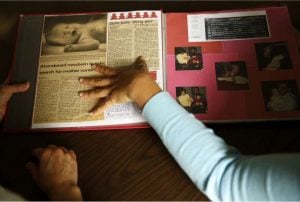 Abandoned Baby Found In Box: Making peace with the past

Following the discovery of how her life began, Jillian spent the next several years finding closure. First, she wrote to Esther, the nursing student who’d help save her.

Jillian wrote, "Even though we have never officially met, you are a big part of my life."

RELATED: Woman Who Was Severely Burned As Baby Reunited With Nurse Who Cared For Her

Esther was delighted to hear from the baby girl whom she’d never forgotten, responding to Jillian’s letter with, "What a wonderful gift to receive a letter from you!"

By then, Esther had gone on to work with newborns in a maternity ward. She had 3 children of her own, one of whom is a daughter named Jillian! The families met together, and Esther described it as “an answer to prayers.” Today, she works as a pediatric nurse at Kaiser San Francisco. 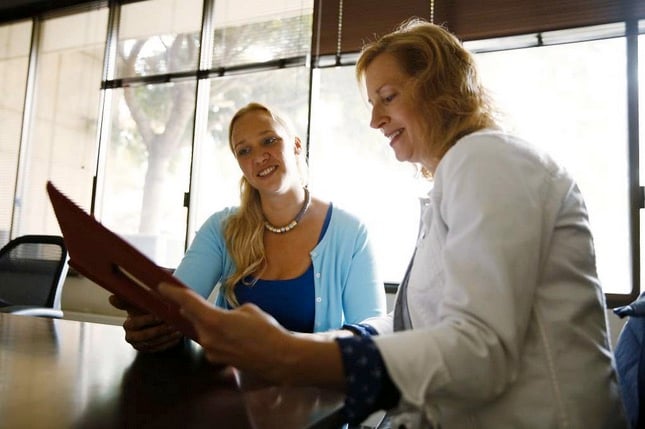 Jillian, today, looking through her scrapbook with Esther Credit: Connor Radnovich, The Chronicle

From there, Jillian went on to track down and meet her biological father. He was living in Hawaii with his wife and daughter, working as a massage therapist. He and his parents flew out to California immediately to meet Jillian and the Sobols.

RELATED: Divine Intervention Reunites 2 Sisters 30 Years After They Were Separated

Next, Jillian decided to return to the place where she was born. But this time, she showed up at San Francisco State University as a student!

"The biggest thing I needed her to know was that I didn't hate her," she said. "I wrote her a letter to thank her for giving me the gift of life. And letting her know I was going to State, and that I had grown up with a wonderful family. And that I hoped to open the lines of communication."

When she didn’t get a letter back, Jillian assumed she’d never receive a response from her biological mom. She’d been hopeful when, 18 months after sending the letter, she received a friend request from her mom on Facebook. However, when there was no further communication after that, she eventually unfriended her mom and moved on. 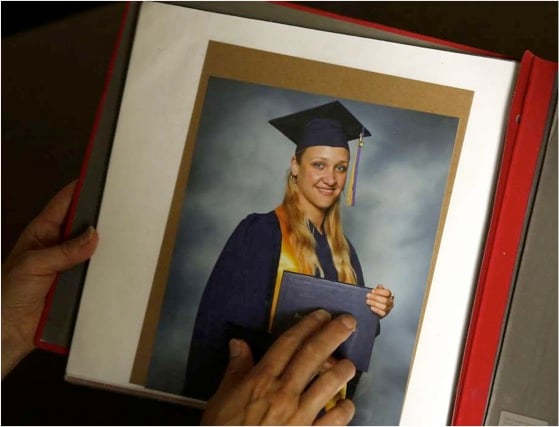 For most of her time at San Francisco State University, Jillian kept it a secret that she’d in fact been born there as Baby Jane Doe. It wasn’t until a few months before graduation that she sent a letter to the university’s president, explaining her personal connection to the school. This was about her getting an education and overcoming her past, as well as the educational challenges she’d faced.

At 31, Jillian Sobol did just that. She graduated from the college with a Bachelor of Science in Hospitality and Tourism Management. In addition to her adoptive family, there to celebrate this momentous achievement was Esther, along with her biological father and his parents and step-mother.

"We feel that we have come full circle," Sam Sobol said. 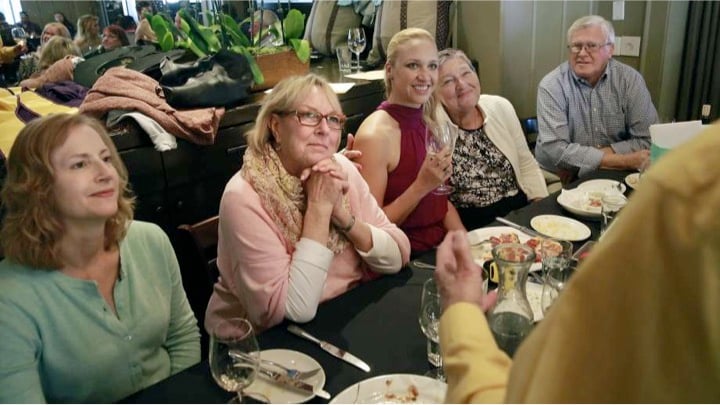 Shortly before graduating, Jillian was also able to come full circle with her biological mother. Originally she thought she’d never received any type of response from her mom other than the Facebook friend request that seemed to go nowhere. Then, recently, Jillian made a surprising discovery.

Jillian found out that some Facebook messages can actually be hidden from view. She started digging around under her own profile to see if there were any messages she’d missed. And that’s when she uncovered a message from her biological mother. It had been hidden in this Facebook “no man’s land,” unseen for nearly two years. It read:

"I have something to tell you. I'm very proud of you. And thank you for being you."

Jillian was focused on graduating and decided to hold off on responding to her mother. 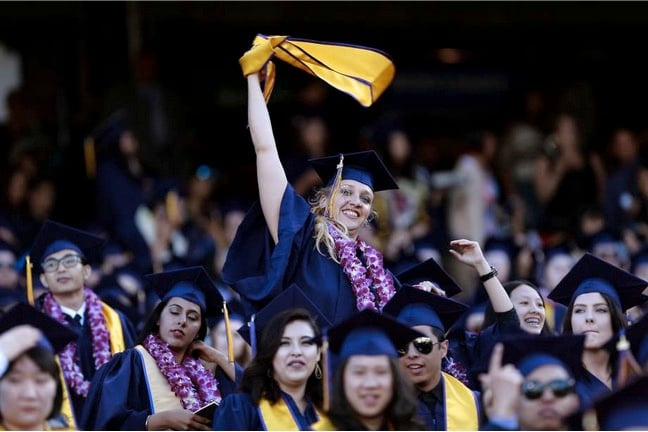 However, the discovery was just one more crucial piece of closure for the proud graduate. It was just what she needed after spending so many years reflecting on her mother’s decision to abandon her.

Over the years, Jillian had ultimately settled on compassion and forgiveness. Her mother’s long lost message confirmed to Jillian that she’d chosen the correct response.

"That's a horrible spot to be in for a woman, where the only choice she had was to abandon her child in a box," Jillian said. "I've faced it by not letting it dictate my life. The love and support I've been raised with has allowed me to embrace it and not run from it or be scared by it."

Now that this chapter of her life is complete, Jillian will forge ahead into a career in event planning. And over the summer, she plans to consider reaching out to her biological mother once more. 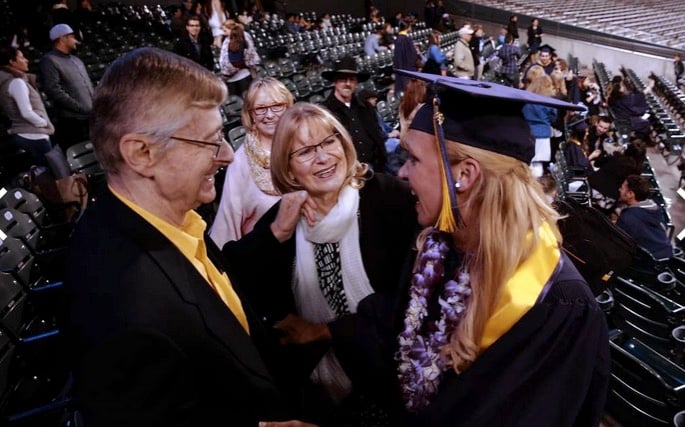 What an incredible inspiration Jillian is, and what a powerful reminder of the power of forgiveness! Through it, none of us ever have to be defined by our past. God’s grace washes each of us clean, blessing us with the opportunity to move forward into the wonderful future He has planned for us.

If you know someone in need of inspiration, please be sure to share this story with them today!

YOU MAY ALSO LIKE: Woman Reunites With Mom Who Abandoned Her In Burger King Bathroom