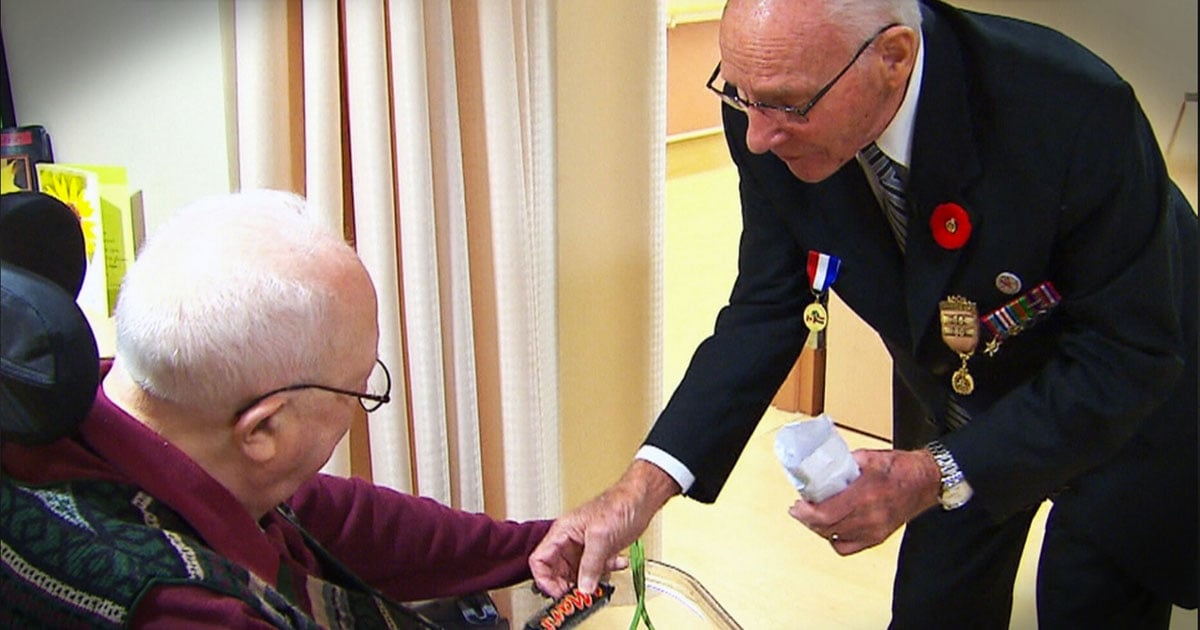 This Veteran Just Reduced Me To A Puddle Of Tears With Just 2 Chocolate Bars. Grab Your Tissues For THIS Reunion!
Read Article »

In September 1960, I woke up one morning with six hungry babies and just 75 cents in my pocket. Their father was gone. The boys ranged from three months to seven years; their sister was two. Their Dad had never been much more than a presence they feared. Whenever they heard his tires crunch on the gravel driveway they would scramble to hide under their beds. 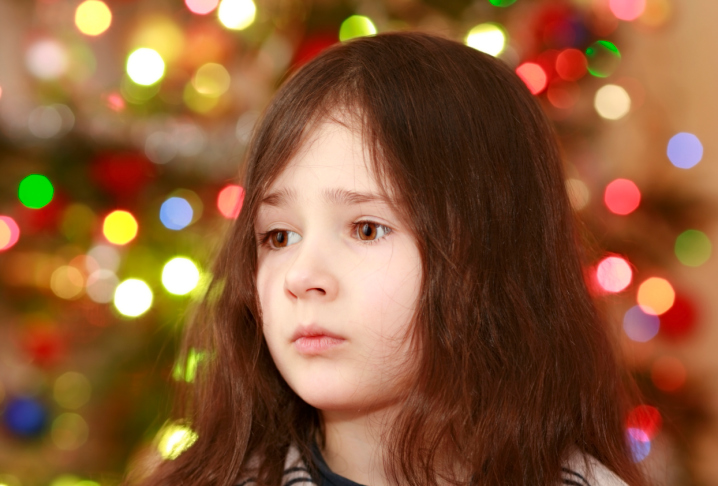 He did manage to leave $15 a week to buy groceries. Now that he had decided to leave, there would be no more beatings, but no food either. If there was a welfare system in effect in southern Indiana, at that time, I certainly knew nothing about it.

I scrubbed the kids until they looked brand new and then put on my best homemade dress. I loaded them into the rusty old 51 Chevy and drove off to find a job. The seven of us went to every factory, store and restaurant in our small town. No luck.

The kids stayed, crammed into the car and tried to be quiet while I tried to convince whomever would listen that I was willing to learn or do anything. I had to have a job.

The last place we went to, just a few miles out of town, was an old Root Beer Barrel drive-in that had been converted to a truck stop. It was called the Big Wheel. An old lady named Granny owned the place and she peeked out of the window from time to time at all those kids.

She needed someone on the graveyard shift, 11 at night until seven in the morning. She paid 65 cents an hour and I could start that night. I raced home and called the teenager down the street that baby-sat for people. I bargained with her to come and sleep on my sofa for a dollar a night. She could arrive with her pajamas on and the kids would already be asleep. This seemed like a good arrangement to her, so we made a deal.

That night, when the little ones and I knelt to say our prayers, we all thanked God for finding Mommy a job. And so I started at the Big Wheel.

When I got home in the mornings I woke the baby-sitter up and sent her home with one dollar of my tip money-fully half of what I averaged every night. 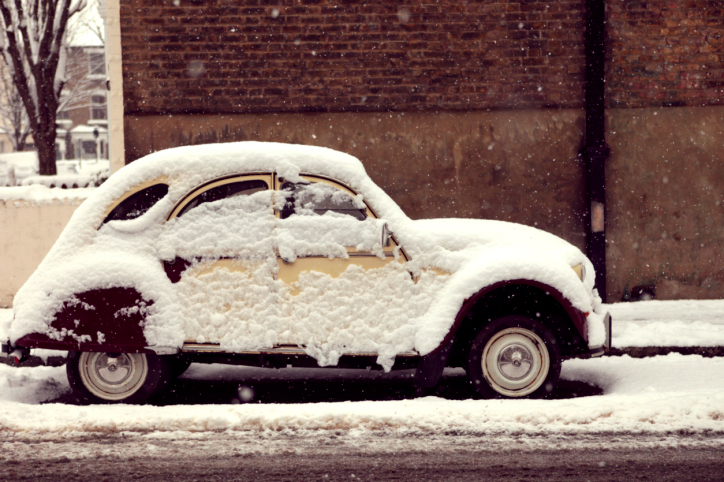 As the weeks went by, heating bills added another strain to my meager wage.

The tires on the old Chevy had the consistency of penny balloons and began to leak. I had to fill them with air on the way to work and again every morning before I could go home. One bleak fall morning, I dragged myself to the car to go home and found four tires in the back seat.

There was no note, no nothing, just those beautiful brand new tires. Had angels taken up residence in Indiana? I wondered. I made a deal with the owner of the local service station. In exchange for his mounting the new tires, I would clean up his office. I remember it took me a lot longer to scrub his floor than it did for him to do the tires. I was now working six nights instead of five and it still wasn’t enough.

Christmas was coming and I knew there would be no money for toys for the kids. I found a can of red paint and started repairing and painting some old toys. Then I hid them in the basement so there would be something for Santa to deliver on Christmas morning. Clothes were a worry too. I was sewing patches on top of patches on the boyâ€™s pants and soon they would be too far-gone to repair.

On Christmas Eve the usual customers were drinking coffee in the Big Wheel. These were the truckers, Les, Frank, and Jim, and a state trooper named Joe. A few musicians were hanging around after a gig at the Legion and were dropping nickels in the pinball machine. The regulars all just sat around and talked through the wee hours of the morning and then left to get home before the sun came up.

When it was time for me to go home at seven o’clock on Christmas morning I hurried to the car. I was hoping the kids wouldn’t wake up before I managed to get home and get the presents from the basement and place them under the tree. (We had cut down a small cedar tree by the side of the road down by the dump.) It was still dark and I couldn’t see much, but there appeared to be some dark shadows in the car-or was that just a trick of the night?

Something certainly looked different, but it was hard to tell what. When I reached the car, I peered warily into one of the side windows. Then my jaw dropped in amazement. My old battered Chevy was filled full to the top with boxes of all shapes and sizes. I quickly opened the driver’s side door, scrambled inside and kneeled in the front facing the back seat.

Reaching back, I pulled off the lid of the top box. Inside was a whole case of little blue jeans, sizes 2-10! I looked inside another box: It was full of shirts to go with the jeans. Then I peeked inside some of the other boxes: There were candy and nuts and bananas and bags of groceries.

There was an enormous ham for baking, and canned vegetables and potatoes. There was pudding and Jell-O and cookies, pie filling and flour. There was a whole bag of laundry supplies and cleaning items. And there were five toy trucks and one beautiful little doll.

As I drove back through empty streets as the sun slowly rose on the most amazing Christmas Day of my life, I was sobbing with gratitude. And I will never forget the joy on the faces of my little ones that precious morning.

Yes, there were angels in Indiana that long-ago December. And they all hung out at the Big Wheel truck stop. 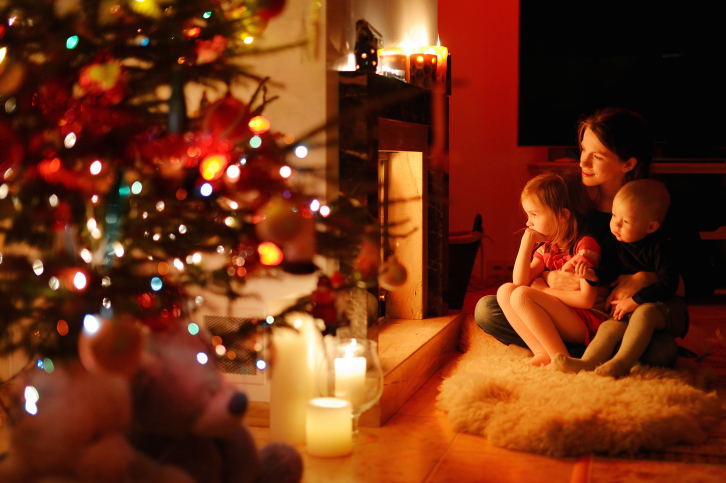 The Power of Prayer

After you read this, say a prayer (this prayer will do). This is powerful, so share this with your loved ones this Christmas season. Prayer is one of the best free gifts we receive. There is no cost but a lot of rewards. Let’s continue praying for one another.

Father, I ask you to bless my friends and family members. Lord, show them a new revelation of Your love and power. Holy Spirit, I ask You to minister to their spirit at this very moment.

Where there is pain, give them Your peace & mercy.

Where there is self-doubting, release a renewed confidence in Your ability to work through them.

Where there is tiredness, or exhaustion, I ask You to give them understanding, patience, & strength as they learn submission to Your leading.

Where there is spiritual stagnation, I ask You to renew them by revealing Your nearness, and by drawing them into greater intimacy with You.

Where there is fear, reveal Your love, and release to them Your courage.

Where there is a sin blocking them, reveal it, and break its hold over their lives.

Bless their finances, give them greater vision, and raise up leaders, and friends to support, and encourage them. Give each of them discernment to recognize the demonic forces around them, and reveal to them the power they have in You to defeat it. I ask You to do these things in Jesus’ name.