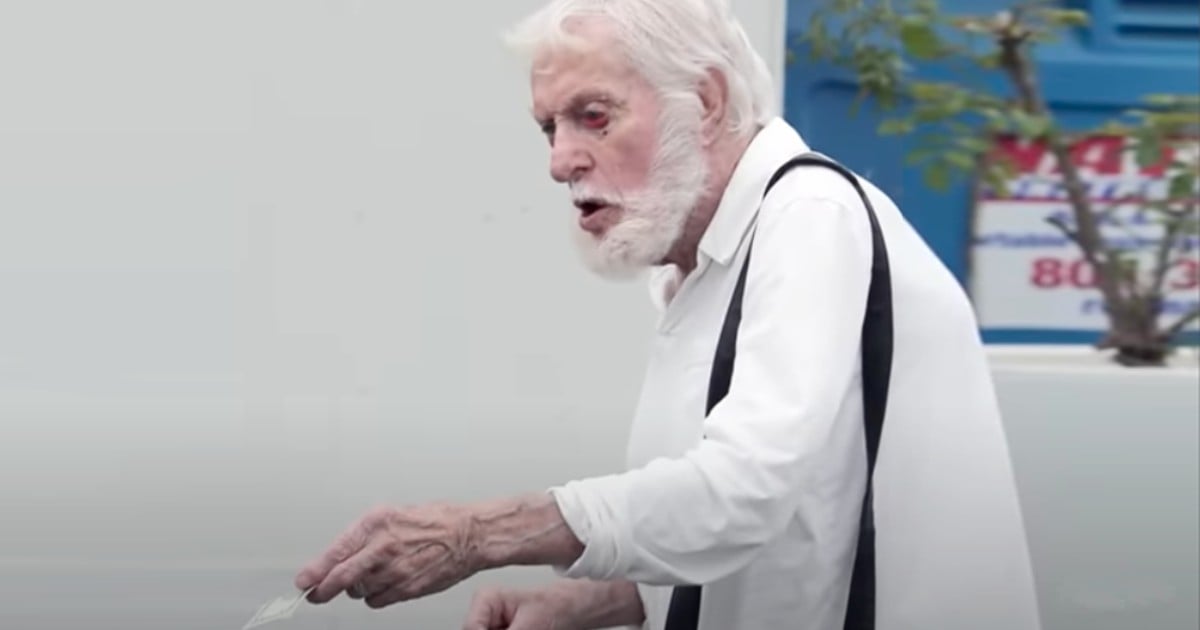 Actor Denzel Washington, a Christian, has some pretty solid advice regarding spiritual warfare and the last days. And what he says is powerful!

Denzel Washington, a Christian, knows Jesus needs to come first. But that line of thinking tends to go against the self-focused mindset of social media.

RELATED: Denzel Washington's Words After Will Smith Slap at Oscars Shows He's The Friend We All Need

And that’s why two-time Academy Award-winning actor Denzel Washington is warning people against the trap of self-obsession.

These days, older and younger generations alike are letting social media and the internet have a massive influence over their lives. But Denzel Washington, who describes himself as a “God-fearing man”, reminds us that God’s Word is the only source of truth.

“This is spiritual warfare. So, I’m not looking at it from an earthly perspective,” he explained. “If you don’t have a spiritual anchor, you’ll be easily blown by the wind, and you’ll be led to depression.”

Looking for validation on social media is a dangerous game. And actor Denzel Washington applied a Biblical lense to the world’s increasingly unhealthy “me first” attitude.

“The enemy is the inner me,” the Christian celebrity pointed out. “The Bible says in the last days - I don’t know if it’s the last days, it’s not my place to know - but it says we’ll be lovers of ourselves. The number one photograph today is a selfie, ‘Oh, me at the protest.’ ‘Me with the fire.’ ‘Follow me.’ ‘Listen to me,'” he continued.

“We’re living in a time where people are willing to do anything to get followed,” Denzel explained. “What is the long or short-term effect of too much information? It’s going fast, and it can be manipulated obviously in a myriad of ways. And people are led like sheep to slaughter.”

Actor Denzel Washington is not the first Christian celebrity to speak out against the influence of social media. Joanna Gaines opened up about the pressure of social media and how it began robbing her of joy. And the issue inspired Kirk Cameron to produce a documentary educating parents on the positive and negative impacts of social media.

The bottom line, according to actor Denzel Washington, is to use social media as a tool, not a means of determining our self-worth.

WATCH: Actor Denzel Washington On The Danger Of Social Media

The best way to combat the pitfalls of social media is to keep our eyes fixed on Jesus. No amount of success or adoration here on earth will ever compare to what awaits us in Heaven. That is where we set our sites.

RELATED: Nicole Kidman Goes To Church And Trusts In God Even Though Her Friends Tease Her

Actor Denzel Washington put it this way in regards to Heaven, “there are going to be two lines — the long line and the short line — and I’m interested in being in the short line.”

For so many, updating and checking in on social media has become a daily task. But we would be better served focusing that time on a daily spiritual recharge through prayer, Bible reading, or similar Christ-centered activities.

“You have to fill up that bucket every morning,” Denzel explained. “It’s rough out there. You leave the house in the morning. Here they come, chipping away. By the end of the day, you’ve got to refill that bucket. We know right from wrong.”

How refreshing to hear such faith-filled words come from a Hollywood actor! This world is full of so many distractions and this powerful message from Christian celebrity Denzel Washington is yet another wonderful reminder to put God first!

YOU MAY ALSO LIKE: Denzel Washington, Christian Celebrity, Is In The News For Helping Homeless Man In Danger