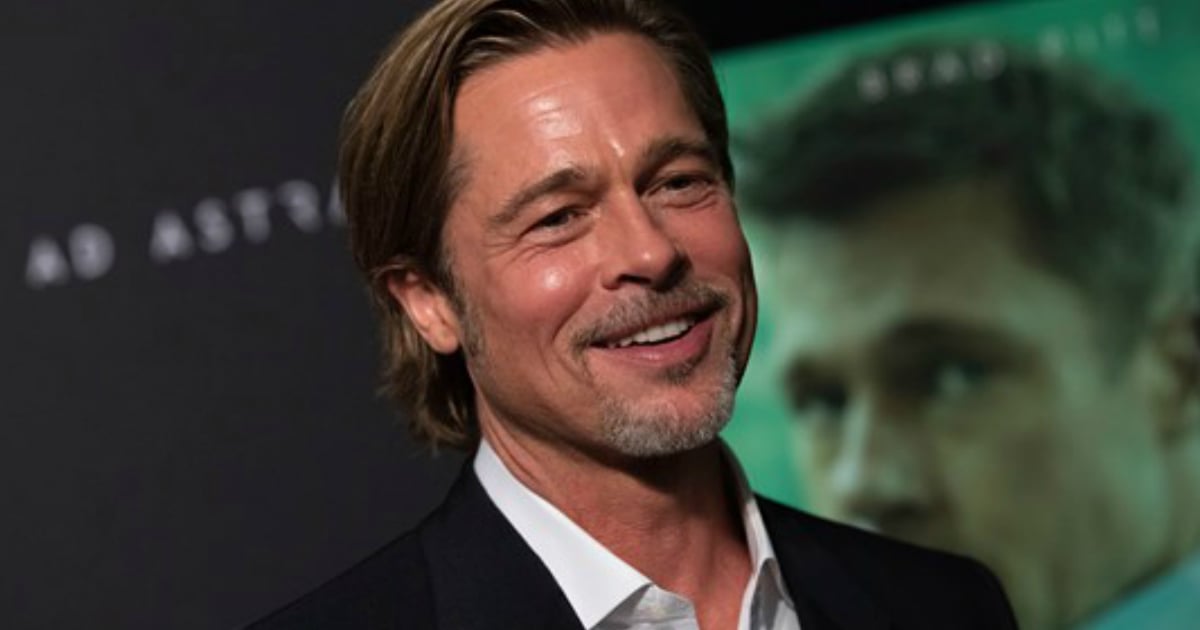 Most people remember Hollywood actor Lisa Whelchel best as the perky and preppy ‘Blair Warner’ on the TV sitcom ‘The Facts of Life.’ The popular show aired from 1979 to 1988 and made Lisa a star. Her wealthy character Blair prided herself on always having ‘another brilliant idea.’ But it is the actress who truly had the ultimate knowledge of her worth in Jesus Christ! She shared her faith with other actors, which even led one famous star to become a Christian. And when Facts of Life writers wrote a storyline for Blair that didn’t represent Lisa’s Christian morals, the young actress stood up for her beliefs and confronted the situation head-on.

The actress shared that writers had written a storyline where Blair lost her virginity. Because of her Christian morals, Lisa didn’t feel comfortable with the direction her character was taking, and she spoke up, sharing her beliefs and concerns with the show’s writers.

“So, when I heard that was going to be one of the storylines for that year, I did come to the producers and say, ‘I don’t think I can be a part of that.’ Because for one thing, I really felt a big responsibility of knowing that there were young girls watching this show and that you can’t deal with that topic in 20 minutes with a couple of commercials.” Lisa explained.

YOU MAY LIKE: Actor Neal McDonough Testimony: Staying True To Faith Lost Him Jobs In Hollywood

And even though another actress in the series stepped up to take the storyline, Lisa was still concerned about being associated with the controversial topic. So she asked the writers if they would please write her out of that episode completely–a decision that would cost her more than $50,000!

While many Christians in Hollywood have shared that their Christian beliefs made them a target for persecution in the industry, that was thankfully not Lisa’s experience. Overall, she felt that her beliefs were respected and that she was supported by the team of writers and executives on The Facts of Life. “I’m sure there were some parts that I wasn’t offered, but that’s OK. I don’t feel like I had any backlash because of it.”

Why Lisa Whelchel Turned Down Role of Rachel on Friends

One very famous role that Lisa turned down was on the popular TV show, Friends.

Lisa reflected on reading the pilot and telling her husband, ‘This is the funniest script I have ever read and this is going to be a huge hit.'

But Lisa ultimately turned down the role because she felt the content would deal too much with sex.

Jennifer Aniston would go on to accept the role as Rachel for the TV show that would earn more than 60 Emmy nominations.

"I don't regret not taking that opportunity. My kids, on the other hand… I remember my daughter once said, ‘Are you telling me that [Jennifer Aniston's ex] Brad Pitt could have been my father?"

TV Show Friends Was Almost a Facts of Life Reunion!

The actress who played Joe on The Facts of Life, Nancy McKeon, read for the role of Monica on the hit TV show Friends! Can you imagine how different the show would have been if Monica and Rachel had been played by the actresses who brought Joe and Blair to life?

The Facts of Life ran for 9 seasons, and Friends ran for 10 seasons.

Did you know that Growing Pains star Alan Thicke actually wrote the iconic theme song for Facts of Life? Alan was perhaps best known for his role as the father of ‘Mike Seaver’ played by Kirk Cameron, on ‘Growing Pains.’ However, Alan was also a very successful TV theme show composer. Before his death from a heart attack at age 69, Alan composed more than 10 TV show themes. Some of those shows include Wheel of Fortune, Hello Larry, Diff’rent Strokes, Joker’s Wild, Celebrity Sweepstakes, and of course, The Facts of Life.

YOU MAY LIKE: Robin Thicke On Faith After Miscarriage and Sudden Death of Dad, Alan Thicke

Lisa got her start in Hollywood as one of the Mouseketeers on the Micky Mouse Club! Notable Mouseketeers include: Ryan Gosling, Justin Timberlake, Christina Aguilera, Britney Spears, Keri Russell, Annette Funicello, and of course, Lisa Whelchel.

Lisa’s Weight – Behind the Scenes of Facts of Life

During a stressful break from filming when her own parents were going through a divorce, Lisa gained about 20 pounds. When she returned to the set, she learned she’d outgrown her school uniform. And show producers feared that meant she may have literally outgrown the role.

While they may have been supportive of her faith, it sounds like the TV executives may have pressured Lisa about her weight. The star shared that they sent her to a weight loss center, ‘three of them,’ she said.

When she didn’t see the results the showrunners would have liked, they let well enough alone. Eventually they let the girls’ embrace the shapes that God gave them.

YOU MAY LIKE: Madeline Carroll Chooses God Over Success In Hollywood

Before cancer claimed the life of Happy Days child star Erin Moran when she was 56, she reportedly shared how she became a Christian. She shared that Lisa Whelchel had actually led her to accept Jesus Christ as her savior! The two actresses worked together in a made for TV movie ‘Twirl’ that aired on NBC in 1981.

So sorry to hear about Erin Moran. She brought such joy to a generation. May she find the joy she gave away stored up for her in Heaven. 💔 pic.twitter.com/yKcaPIUV5B

Lisa shared that it was a chance encounter at a neighborhood church that ultimately led her to accept Jesus as her savior!

The childhood tom-boy shared that she owned only one dress. One day, a friend suggested they should wear their dresses out somewhere for fun. They ended up at the neighborhood church.

Lisa explained that her 10-year-old self thought she’d won the lottery when she learned that she could get free donuts and orange juice each week if she went to Sunday school! She was smitten with the sweet treats but felt there was something more leading her to the church each week.

“Every time I walked through those church doors, it felt like my heart had found its home.”

It was this welcoming environment that planted the seeds at this young age that would grow into the strong faith that would serve her so well once she landed in Hollywood.

An Accidental Engagement and Arranged Marriage

Lisa married her associate pastor Steven Cauble, and the two stayed together for 23 years. Many were surprised when her divorce was quietly announced right before she began filming Survivor: Phillippines in 2012.

In her book, Facts of Life: And Other Lessons My Father Taught Me, Lisa shared how she had considered Steven Cauble a friend, and nothing more. She was actually dating a Christian singer at the time that she and Steven were going out as friends.

But she knew Steven felt differently about her and hoped for more from their relationship. One day, they sought their pastor’s advice. They were seeking counsel as to whether or not this was something they should pursue given how Lisa didn’t feel romantically toward Steven. Unfortunately, their pastor apparently thought they were seeking his approval for a blessing! The next thing they knew, he had proudly announced their engagement in a very public setting!

Steven immediately called Lisa to give her the heads up about the announcement. Lisa shared her reaction, "Come again," I said, hoping we just had a really bad connection and I hadn't actually heard him say that we were engaged and I didn't even know about it. He tried to explain that there apparently had been a little miscommunication.”

She went on to share that she eventually did fall in love with Steven romantically and went on to marry him and have three children with Steven. The star has also shared that the two remain very close friends to this day.

Tucker is her first-born, and just got engaged! Her second child Haven is expecting a baby of her own! And her ‘baby’ Clancy recently got married!

As far as her children getting into the family business of show business, Lisa said, “I told all of my kids that they couldn’t even consider it until they were past the age where I had anything to say about it, and if they wanted my support, then they needed to get a college degree first. Clancy was so set on it that she actually got a four-year degree in two years so she could hurry up and move to California to pursue [acting].”

Clancy has since acted in three made for TV movies: Hearts of Spring (which starred her mom, Lisa, as a Mommy Blogger re-entering the workforce,) Sunburst, and Separation Anxiety.

SHE SAID YES!!! Cayla and I are engaged!! I can't wait to marry the love of my life!

Fans today may know Lisa from her starring roles in different Hallmark movies. She portrayed Dale Benson in ‘Snowcapped Christmas.’ She was Carly Ashby in ‘Hearts of Spring,’ and Wendy in ‘For Better or for Worse.’

Lisa, who always described herself as a childhood tomboy, surprised fans when she joined the cast of Survivor Philippines. Fans who only knew her as Blair Warner quickly saw that the star had what it takes! Lisa went on to tie as the runner-up of her season. She also won the Fan Favorite Award from the show’s viewers!

These days, Lisa seems to revel in her kids’ good fortune. You can often see her on social media looking very happy. She is apparently dating Dr. Pete Harris from Nashville, TN. On Valentine’s Day 2019, she shared a sweet featuring his photo. It read, “My funny (and smart and handsome and sweet and loving) Valentine! I love you and like you and am so grateful I get to enjoy this friendship and partnership and romance with you! 💘”

Lisa is also the host of MeTV’s ‘Collector’s Call.’

It’s so refreshing in this day and age to see a Hollywood actor who hasn’t just talked the talk, but who walked the walk. She remains outspoken about her faith, and took her responsibility very seriously about being a role model for others. She also avoided ever letting her wallet or fame led her astray from her values.