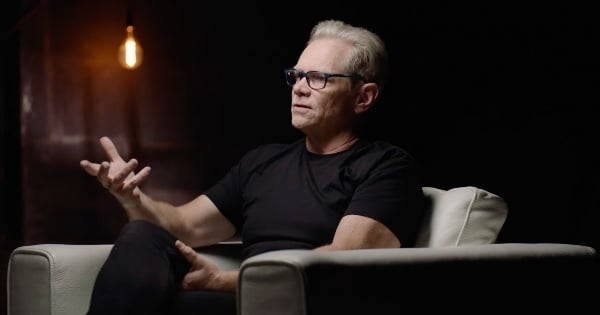 Actor Matthew Perry from Friends asked thought his fame was an answered prayer until finding himself in a very dark place.

Most people remember actor Matthew Perry from Friends, a popular TV show running from 1994 to 2004. In it, Matthew played the role of the likable and quick-witted character, Chandler Bing.

To Matthew, the fame stemming from Friends initially seemed like an answered prayer. His Hollywood dreams had come true and the actor assumed his life would only get better from here on out. But Matthew Perry soon discovered true happiness had absolutely nothing to do with fame or fortune.

Actor Matthew Perry was 24 years old the very first time he ever prayed to God. At the time, Matthew shared a very worldly view of happiness. In his opinion, fame was the answer to all his problems.

Matthew’s parents divorced when he was very young, both going on to remarry. And though Matthew remained close to both of his parents and bonded with his new siblings, he always felt a hole inside of himself. He began experimenting with alcohol at the young age of 14 but drinking didn’t resolve the loneliness he felt deep down. The fix, as he saw it, was making a name for himself in Hollywood.

And so, actor Matthew Perry hit his knees and went to God with what he now considers a “very dumb prayer.”

“God, you can do whatever you want to me, just please make me famous,” he prayed.

Shortly after, Matthew Perry landed his role as Chandler Bing on Friends. Fame soon followed. But the actor quickly discovered it did nothing to fix the problems in his life. And years later, he found himself uttering a desperate prayer yet again.

Though his role on Friends certainly brought actor Matthew Perry the fame he craved, it didn’t transform his life quite the way he’d hoped. The loneliness and hurt deep inside him remained. And his addiction fluctuated between alcohol and pills.

RELATED: Walker Hayes Was An Alcoholic And An Atheist Until God Sent A Special Angel To Help Save Him

For Matthew Perry, weight reveals a lot about where he was in his journey when examining those dark years.

“You can track the trajectory of my addiction if you gauge my weight from season to season,” he explains. “When I’m carrying weight, it’s alcohol. When I’m skinny, it’s pills.”

Things continued spiraling out of control until (nearly 10 years after his first prayer asking for fame) actor Matthew Perry drops to his knees in prayer again.

With that prayer, Matthew Perry experienced the transformative power of the Holy Spirit. And it caused him to weep uncontrollably.

Matthew went on to explain how he’d spent years struggling with God. But in that moment, all the pain and hurt he’d so desperately been trying to escape disappeared.

“I had been in the presence of God. I was certain of it,” he said. “And this time I had prayed for the right thing: help.”

Since then, actor Matthew Perry has made huge strides in sobriety. And he’s allowing God to give all of his past suffering a purpose as he shares his testimony in the hopes of inspiring others and breaking the stigma around addiction.

YOU MAY ALSO LIKE: Actor Sir Anthony Hopkins Turns from Alcoholism & Atheism, Becomes A Christian

“God had shown me a sliver of what life could be,” Matthew explained in his biography. “He saved me that day, and for all days, no matter what. He had turned me into a seeker, not only of sobriety, and truth, but also of Him.”

WATCH: Actor Matthew Perry From Friends Opens Up About Addition