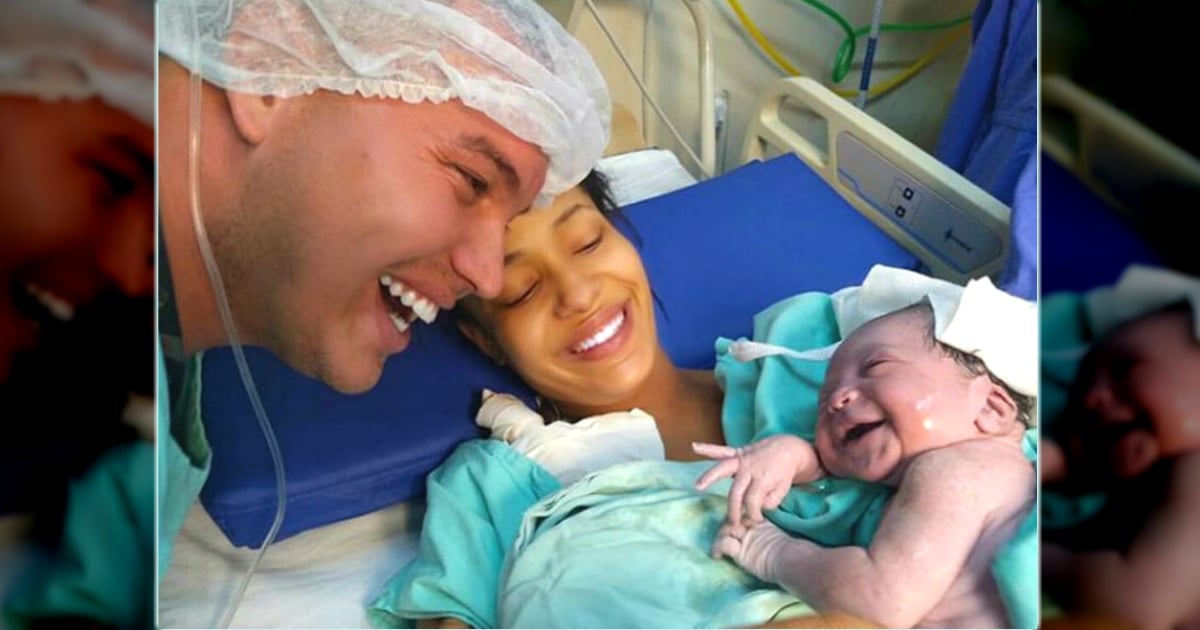 As Dontez Williams began his wedding vows, the groom surprised everyone with an adoption proposal for his two stepdaughters. And the emotional moment left pretty much everyone in tears!

When Dontez Williams first met Myshella Burton’s two daughters, Abigail and Natalie, they were infants. And it didn’t take long before he felt “destined to be there” for the girls.

RELATED: Bride Moved To Tears When Groom Declares He Loves Someone Else

Seven years later, Dontez and Myshella were ready to tie the knot. And Dontez knew he wanted to find a special way to include Abigail and Natalie in their big day.

The girls had been calling him Dad for years. So, Dontez decided to make it official with a very special adoption proposal!

Dontez Williams decided to keep his plan a secret. So, when the family gathered for the wedding rehearsal, he only read the vows he’d written for his bride, Myshella.

What his bride and her children didn’t know was that he’d also written separate vows for the adoption proposal, too!

Finding the words to describe what Abigail and Natalie meant to him was an emotional process. But the swelling in his heart only confirmed he was meant to be their father.

“Just the thought of me writing the vows for them, it made me want to tear up,” Dontez explained. “When I felt that emotion just thinking about it, I was like, ‘I got to do this. This is the right decision. There’s no ifs, and, or buts about it.'”

So on their wedding day in Detroit, Michigan, Dontez stood at the altar across from Myshella Burton and surprised everyone by turning to her daughters.

The adoption proposal took everyone by surprise and there wasn’t a dry eye in the place!

Seeing Dontez step up in this way not only touched the hearts of Abigail and Natalie, but meant the world to Myshella, too.

“Myshella was really shocked, but she was happy and just thankful for me stepping up,” Dontez said. “She was really happy that I feel that way for them and said she's grateful to have me in their lives.”

Family is so much more than just the house we are born into. Throughout our lives, God will bring other loved ones into our lives. People who choose to love us and invest in our lives. What a blessing!

YOU MAY ALSO LIKE: Adult Son Gives His Dad Official Adoption Papers on His Birthday

“You didn’t choose me, but I chose you, and appointed you, that you should go and bear fruit, and that your fruit should remain; that whatever you will ask of the Father in my name, he may give it to you.” John 15:16