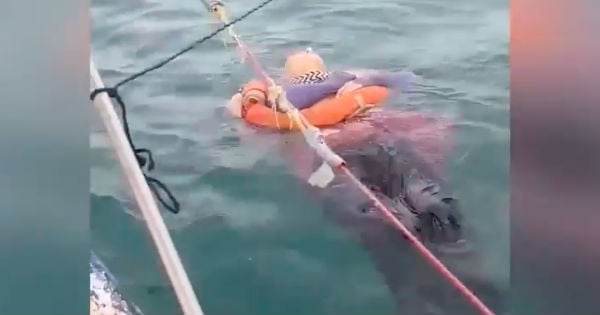 Alan Jackson's daughter Mattie lost her husband, but she found new hope in God in this inspiring story.

Alan Jackson's daughter Mattie Jackson Selecman was Southern Bride's cover bride for their Summer/Fall 2018 issue. In fact, the magazine featured beautiful Mattie and her October 2017 nuptials at the family's breathtaking estate with a three-part series.

Sadly, though, Mattie's greatest heartbreak occurred mere months after the magazine published the story of her sweetest day.

It was another glorious day for Mattie and Ben, still newlyweds, as they celebrated the Labor Day holiday with family and friends on Dad Alan Jackson's boat in Florida. In an instant, though, Mattie and Ben's lives changed forever.

As Ben helped a woman onto a boat, he slipped and fell on the wet dock and hit his head. It was a long fall, but, initially, Mattie thought Ben would be okay. He was conscious and getting up. But what might have been just a simple concussion, soon turned far more serious.

Ben was taken to the emergency room after a couple of off-duty EMTs suggested he be seen. Once in the hospital, Mattie was told that swelling in Ben's brain may make surgery necessary. Ben was confused and in pain, but awake at first. However, things got much worse very quickly.

Ben underwent surgeries, and he was placed into a medically induced coma to prevent further damage or decline. After 11 days, the doctors and family decided to wake Ben up. Alan Jackson’s daughter Mattie had prepared herself for a long haul of therapy, but she still held hope for a future with her husband.

RELATED: Mom-Of-4 Lost Sister, Then Her Husband A Day Later, But Says God Carried Her Through It All

In the minutes after waking Ben, a blood clot in his brain caused strokes and irreparable brain damage. It was less than a day later when Godly and gentlemanly Ben Selecman died, leaving Mattie a widow at just 28 years old.

In the years since Ben's death, Mattie has struggled with the questions that loss and grief bring. She's asked herself why, if God can do anything, would he have allowed such a thing to happen. She's wondered what her future will be when she had so many plans already-plans that now are not to be. And, she's found even communicating thoughts and feelings with friends and loved ones challenging.

Mattie understands that this world is a sinful place because she is the founder of NaSHEville, a non-profit organization that assists orphans, widows, and victims of human trafficking. Ironically, Mattie started NaSHEville just two months before Ben died.

In an effort to address those questions in a candid and hopeful way, Alan Jackson’s daughter Mattie wrote her story. Her new memoir, Lemons on Friday is her way of doing something good with the bad that's happened in her life.

“My greatest hope is that people just see my story for what it is. This book is just a vehicle to show that you can hurt honestly with God, but there is a way to not let that hurt overcome you because of the hope of who He is.”

YOU MAY ALSO LIKE: Alan Jackson Kept Health Problems A Secret For Years But Now He Opens Up About His Diagnosis

"I have told you these things, so that in me you may have peace. In this world you will have trouble. But take heart! I have overcome the world." John 16:33