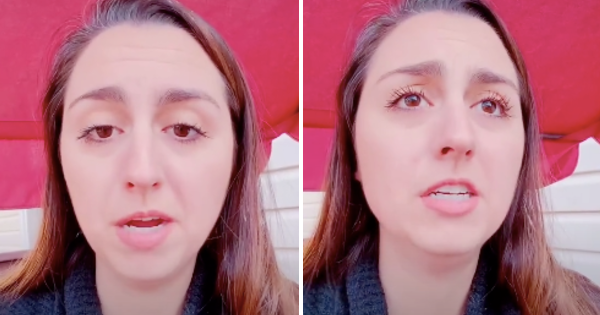 Woman’s Child Goes Missing At The Store, So She Started Yelling About His Clothes
Read Article »

A 13-year-old climbed into the tub for a relaxing bath, but it quickly turned into a deadly situation when she experienced an allergic reaction to a bath bomb.

This teenager's allergic reaction to a bath bomb may come as a surprise. Emelia Brain entered the bathtub after having put in a bath bomb. She was shocked to learn that the bath bomb contained something she was very allergic to – milk.

RELATED: Woman's Child Goes Missing At The Store, So She Started Yelling About His Clothes

Emelia along with her younger 8-year-old sister, Elisa, have both spent their lives growing up with allergies. Emelia even produces YouTube videos about living life with allergies.

She and her parents have thus far been very diligent about what Emelia puts on her skin and what she eats. Through medical tests, they learned she has asthma and is allergic to tree nuts, eggs, dairy products, and also the cold.

Still, somehow they missed the dairy ingredient in her bath bomb.

The 13-year-old's parents came to her aid after hearing her screams. She started choking as her throat began to close. Her parents gave her several doses from her inhaler before calling paramedics.

Within five minutes first-responders were there and injected the girl with antihistamine and adrenaline.

Emelia was quickly taken to the hospital. There she was given steroids to help boost her recovery.

Neither she nor her parents were aware of the bath bomb's contents. Thankfully, they were able to save their daughter from that mistake. And unsurprisingly, the parents worried about what could have happened if they did not help their child.

Emelia's mother, Maria, said, "What if we have been downstairs with the door shut?"

"She could have been in the house by herself. I don’t think she would have stood a chance."

“I had gone to bed when she got into the bath,” Maria added.

“Within a minute and a half she let out this cry for help. I knew she was in trouble. She couldn’t breathe."

Emelia checked the bath bomb label, but missed the warning. Maria said that her daughter would have to "squint to see it."

In response to the avoided tragedy, Emelia's family is campaigning to have companies embolden certain ingredients, though the Cosmetic Toiletry & Perfumery Association has a different and also valid perspective too.

Director-General of the company, Dr. Emma Meredith, commented, “CTPA is worried that highlighting some ingredients in bold in the ingredient list could discourage some people with allergies from consulting the entire ingredients list, which might, in turn, lead to them using an unsuitable product to which they may react."

YOU MAY ALSO LIKE: Josh Groban And Michael Buble Take Turns Impersonating One Another And It's Priceless

Thank God that this teen's parents were there and that their quick actions saved their daughter's life. Hopefully, by sharing their story, others may be more diligent and be spared the life-threatening experience.