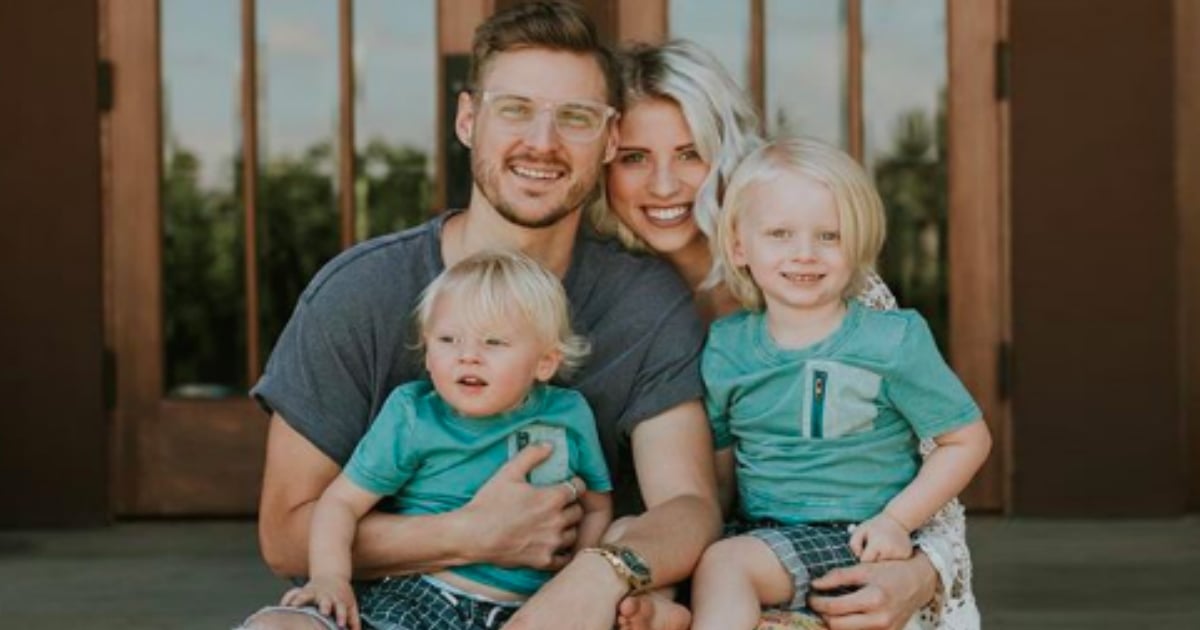 An ALS prognosis isn’t good. But John Coffaro finds his faith growing even stronger in the face of this terrifying illness. And his inspirational story is filled with heart-stirring moments that remind us that God is with us always!

Doctors diagnosed John Coffaro with Amyotrophic lateral sclerosis (ALS) in February of 2019. The illness is also called Lou Gehrig’s disease, after the hall-of-fame baseball player who was diagnosed in the 1930s.

ALS is a progressive neurodegenerative disease that damages motor neurons in the brain and spinal cord. As the motor neurons shrink, signals from the brain telling the body to move no longer make it to the muscles. Gradually, the person becomes paralyzed, though they can still hear, see, think, and feel.

RELATED: Tragic Accident Had Him Doubting His Faith Until God Gave Him & Navy Seal ‘Geezers' Purpose

An ALS prognosis is especially scary because there is currently no cure for the fatal disease. The sufferer loses the ability to move, speak, swallow, and eventually, breathe.

In the face of the devastating news, John Coffaro found strength in his faith. He turned to a book written by one of his spiritual counselors, Father Jim Willig.

Father Jim died in his early 40s after a battle with renal cancer. And his book covers many of the same emotions and fears John is experiencing with his ALS prognosis.

But the connection goes even deeper.

One day at church, John closed his eyes to pray. When he opened them, an unexpected visitor stood before him.

It was Father Jim’s younger brother, Ed Willig. John and Ed had gone to high school together, but Ed was there thanks to a special prompting by the Holy Spirit.

Ed told John he didn’t know why he’d decided to show up at church that day. But when he did, he’d noticed John’s name on the prayer list and learned of his ALS battle. Ed took a medal from around his neck and gave it to John.

The medal belonged to Father Jim, who gave it to his brother Ed just before he died. And John sees the unexpected gift as a sign from above, deepening his faith that God will see him through his ALS struggle.

“From a moral perspective, from the human condition, my story is not good. But when I look through the same eyes, through a spiritual lens, I see great hope for me,” he said.

Breaking the news of his ALS prognosis wasn’t easy. John’s two older children live nearby. But his youngest, Sam, was just finishing up college when John shared the diagnosis. 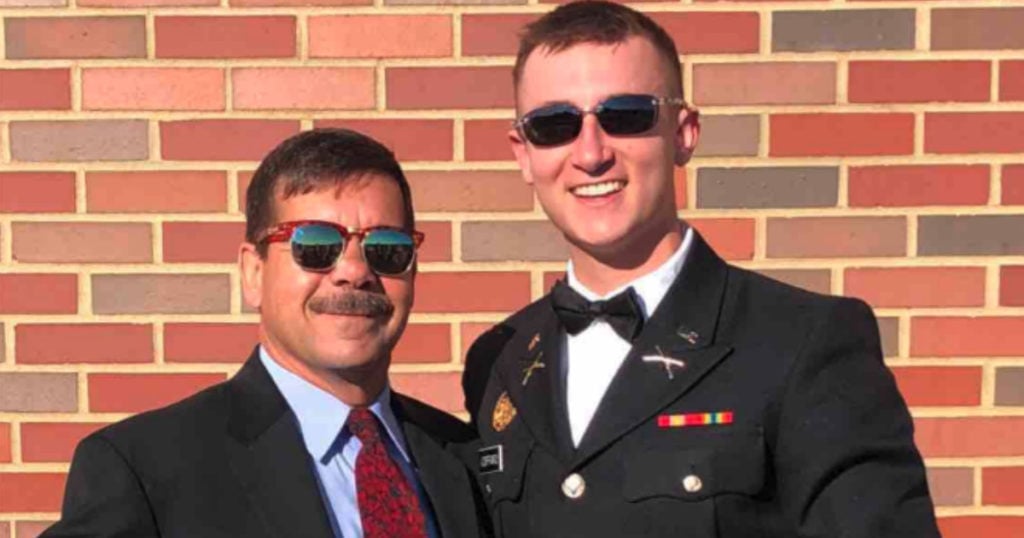 After graduation, Sam was already headed straight into the U.S. Army. But he had an idea for a special way to support his dad.

Sam grew up watching his dad run. John Coffaro had taken up the sport and even ran several half marathons. And Sam decided to take a brief furlough from the Army so he could come home and run the Air Force Marathon with his dad.

Only a few months after his ALS diagnosis, John was already using a rolling-walker. So, to make the goal of running with his dad a reality, Sam started raising funds for a Team Hoyt Running Chair.

These are custom-built running chairs for physically challenged individuals who still want to participate in marathons. And the Team Hoyt Running Chair is the result of another inspirational father-son duo, Dick and Rick Hoyt.

In 1962, doctors advised parents Dick and Judy Hoyt to essentially give up on their son, Rick, who was born as a spastic quadriplegic with cerebral palsy.

“They said, ‘Forget Rick. Put him away, put him in an institution. He’s going to be nothing but a vegetable for the rest of his life’,” Dick recalled.

But Dick and Judy knew God had bigger plans for their son.

After spending years fighting for their son’s inclusion in “normal”, mainstream life, Rick expressed a desire to participate in a 5-mile benefit run for a Lacrosse player who had been paralyzed in an accident.

Even though Dick Hoyt wasn’t a runner, he was willing to do anything to help make his son’s dreams come true. And their incredible journey blossomed into a grander design still inspiring people today!

Team Hoyt – The story of Rick and Dick Hoyt from rlmelco on GodTube.

Son’s Dedication To Father With ALS

When Sam Coffaro turned to social media for help in raising funds to buy his dad, John Coffaro, a Team Hoyt Running Chair, the response was overwhelming. In just a few days, he had enough donations to afford what he started calling “Chair Force One”.

With over $8,000 raised, Sam has more than double the money needed for the chair. The excess will bless John with a specialized lift for his home, with the remainder of the money going to the ALS Association.

In addition to the donations, many have reached out to Sam asking to join him and his dad during the Air Force marathon, which takes place September 21, 2019.

YOU MAY ALSO LIKE: Boy Starts Lemonade Stand To Take Mom On Date After Dad Dies But He Never Expected The Turn Out He Got

All of the prayers and support have meant the world to John Coffaro and his entire family. And it’s just another way God is showing John he’s not alone!

“Yes, though I walk through the valley of the shadow of death, I will fear no evil: for you are with me; your rod and your staff they comfort me.” Psalms 23:4