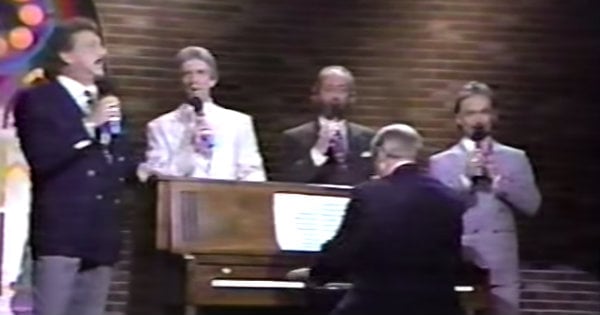 The beautiful voices of Andrea Bocelli and Alison Krauss come together perfectly for an absolutely stunning version of Amazing Grace.

John Newton originally wrote the beloved hymn Amazing Grace. John wrote the hymn as a way of giving thanks to the Lord after He granted him new life.

RELATED: Andrea Bocelli ‘Amazing Grace' Takes On An Eerily Beautiful Quality As He Sings In An Empty Plaza

As a sailor, John was known for his crude language and actions. But one day, John found himself caught in the middle of a terrible storm. After spending hours at the helm of the ship, John's thoughts began to turn to God.

After surviving the weather, John started his life as a Christian and dedicated himself to serving our Father. This incredible story of self-revelation inspired the touching words of Amazing Grace.

"Amazing Grace, How sweet the sound

I once was lost, but now am found

T’was blind but now I see"

Today, Andrea Bocelli and Alison Krauss are putting their own spin on this tune and it's absolutely stunning.

RELATED: This Pentatonix ‘Amazing Grace (My Chains Are Gone)' A Cappella Cover Is Powerful Worship

Both legendary artists have recorded individual renditions of this classic hymn, but this duet is beyond any comparison.

"T’was Grace that taught my heart to fear

And Grace, my fears relieved

How precious did that grace appear

The hour I first believed"

Andrea Bocelli featured this special recording of Amazing Grace with Alison Krauss on his album, Believe. When speaking about the album to Express.co.uk, Andrea said, "The concept behind Believe is based on three words: faith, hope, and charity. These are the three theological virtues of Christianity, yet – quite independently of any religious belief – they are also the three extraordinary keys to giving meaning and completeness to the lives of every one of us."

And there is no doubt that this duet embodies each of these virtues. What a performance!