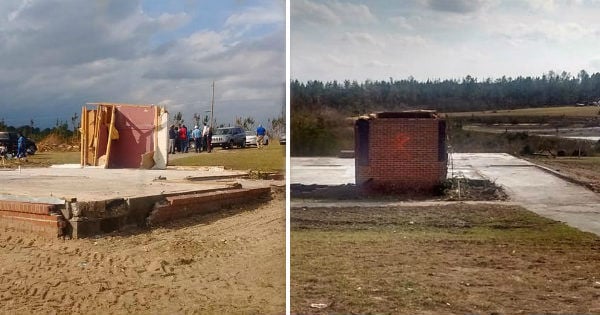 Angels appeared to a number of people in the Old and New Testament, often during a time of desperate need. They always seem to come into view the moment someone wants to give up faith or has reached a point of hopelessness.

How many times do angels appear in the Bible? More than a dozen times in the New Testament, and a dozen or so other times in the Old Testament. That all depends on the identity of the angel of the LORD (Genesis 16:10). Although this article will not dive into every instance, it will highlight the times when an angel appeared at a desperate moment.

What are angels in the Bible?

Angels are heavenly beings, often invisible to the human eye (Colossians 1:16). They do appear sometimes in human form (Genesis 18:2) and sometimes they appear in their true form, as is the case in this Ezekiel passage.

Who are the fallen angels in the Bible?

Speaking of spiritual forces, angels often fight battles against the fallen angels of Satan. These fallen angels once lived in the heavenly kingdom of the Father, but they abandoned Heaven when they chose to follow Satan instead of God (Jude 1:6).

They seek to destroy, cause division, and wage war upon souls (Ephesians 6:12).

Sometimes the most desperate times of need arise from such spiritual battles. The following examples from the Old and New Testaments show times when angels appeared to people in critical moments.

What are the Names and Types of Angels in the Bible?

The Bible only explicitly names two of the angels. Gabriel (Luke 1:26) and Michael (Daniel 10:13), but the Bible appears to indicate a few types of angels exist:

· Archangels – Such as Michael, chief angels

· Cherubim – Such as the angel placed in front of the Garden of Eden (Genesis 3:24)

Some Christians have more categories for angels, but the above three are explicitly mentioned in Scripture.

RELATED: 5 Myths About Angels and Demons that Just Won’t Die

2 Times Angels Appeared to People in the Old Testament

God sought to destroy the corrupt cities of Sodom and Gomarrah, but He chooses to spare the nephew of the patriarch Abraham, and Lot's family. He sends two angels (Genesis 19:1) to warn Lot to leave the city before God annihilated it.

Lot obeys, after a great deal of hesitation and literal hand-holding from the angels (Genesis 19:16). Because of the angelic message he escapes the city in time.

Daniel is visited by an angel

After Daniel had endured a number of painful and troubling visions, including one about a great imminent war, everything had gone silent with his communication with the Lord. Overcome with anguish, he mourns for three weeks and refuses to indulge in any delicacies during that time.

For twenty-one days, he hears nothing. He likely had reached a point of desperation, wondering what would become of his future.

At last, an angel appears to him, after so many days of silence. He indicates he'd been locked in combat with a fallen angel in Persia and the archangel Michael, one of the chief angels, came to aid him, so he could return to Daniel to deliver a message. Deeply anguished, Daniel has lost most of his energy. As the angel speaks, he restores Daniel's strength (Daniel 10).

3 Times Angels Appeared to People in the New Testament

Jesus fasted for forty days in the desert. Weakened by his hunger, he then endures the taunts of the devil as he attempts to cause Christ to sin. Satan, perceiving his need for food, commands Jesus to turn stones into bread (Matthew 4:3). Jesus resists three of the devil's temptations, including the coaxing to meet his physical needs.

At the end of the testing, the angels appear to attend to him (Matthew 4:11). Various commentaries have indicated they met a physical need (i.e. food) as well as strengthening him in a way, perhaps the same way the angel had Daniel.

King Herod arrests Peter and puts him in prison. Having previously put the Apostle James to death, a decision met with positive feedback from the crowds, he intends to do the same to Peter after the Festival of the Unleavened Bread has passed.

In dire need, Peter faces his imminent death in chains and under the supervision of several guards. An angel appears and releases Peter from his chains and aids him in his escape from prison, and thus, evading the premature death sentence (Acts 12). This not only meets Peter's immediate needs, but it allows him more time to minister to future believers and pen several books in the New Testament.

Angels Come to John in Prison

It's difficult to read the Book of Revelation without running into an angel. From the mention of angels in seven churches (Revelation 1-3) to the angels blaring the seven trumpets (Revelation 8) these heavenly beings permeate the pages of the last book in the New Testament.

But these visions and angels came to John at an interesting time. As an old man, imprisoned on the island of Patmos, he had seen countless brothers and sisters in Christ endure persecution and martyrdom at the hands of the Romans. In fact, of the twelve disciples, he alone had evaded martyrdom when he wrote Revelation. Furthermore, John witnessed the destruction of the temple in 70 A.D., or at least, must have caught word about it.

He needed a message of hope in difficult times. He received it through his encounters with the angels and the visions he marked down in Revelation.

YOU MAY LIKE: 29 Inspirational Stories About Angels on Earth