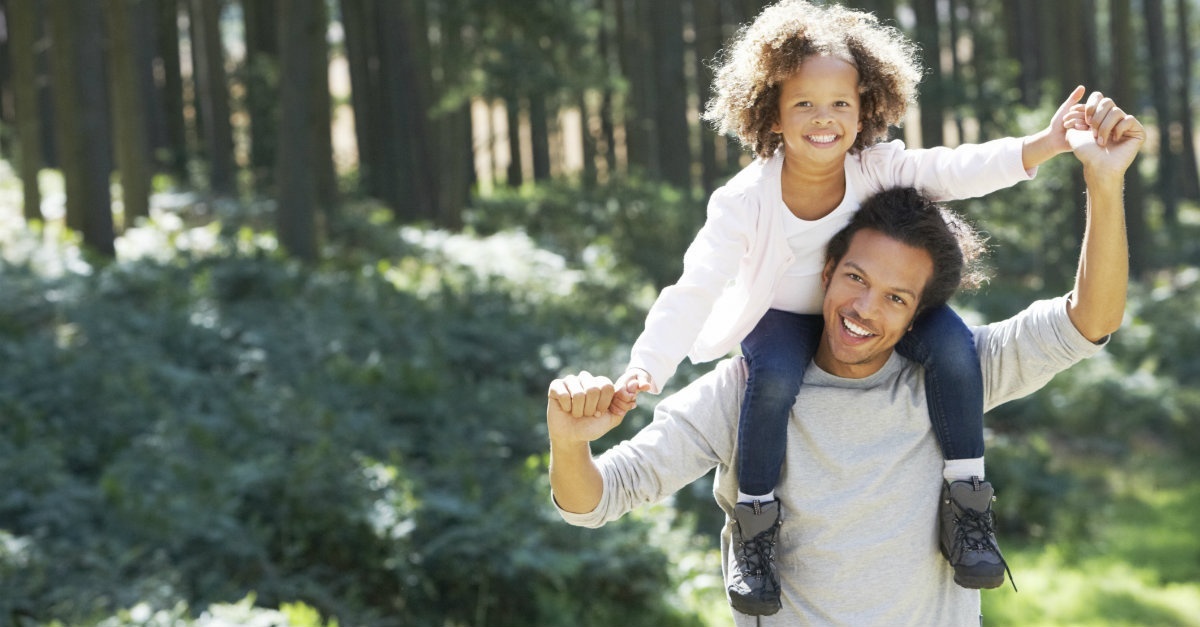 This Teacher Wants You To Stop Spoiling Your Kid

How many times have you heard someone shake their head and mutter, “Kids these days?” When it comes to raising children today, it often seems like society’s focus has shifted more towards coddling and amusing kids rather than disciplining and teaching respect. And that’s why one teacher posted a plea on Facebook, asking parents to stop spoiling their kids. And not surprisingly, what he had to say is going viral! 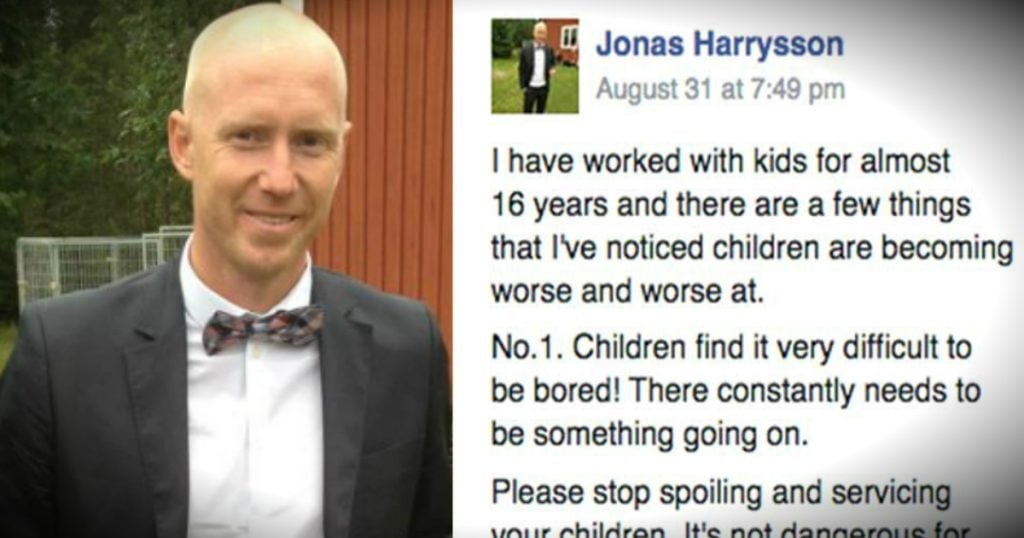 Jonas Harrysson does not have kids of his own. However, he’s been working with other people’s kids for nearly 16 years. During that time, he’s noticed a few disturbing trends in parenting that only seem to be getting worse. So, he shared his observations on Facebook in the hopes it would inspire parents to stop spoiling their kids.

I have worked with kids for almost 16 years and there are several things that I've noticed children getting worse and worse at.

No.1. Children find it very difficult to be bored! There constantly needs to be something going on.
Please stop spoiling and servicing your children. It's not dangerous for them to be bored sometimes. 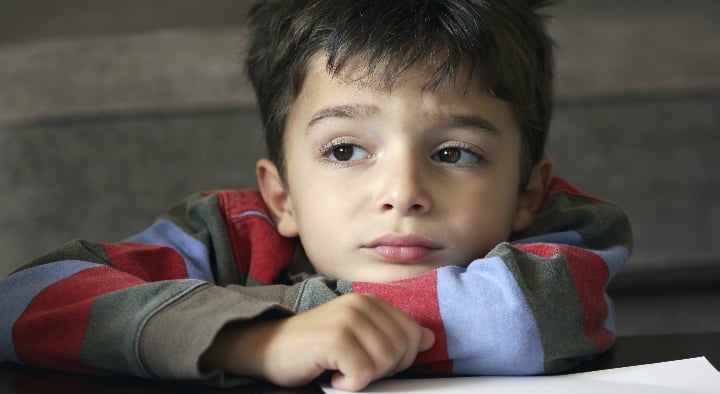 No. 2. I've met many parents who are soooo proud that their kids can read and count before starting preschool.
Well, I hate to break it to you, but reading and counting, they'll learn to do soon enough. Teach them instead to play, to be a good friend, and to share. 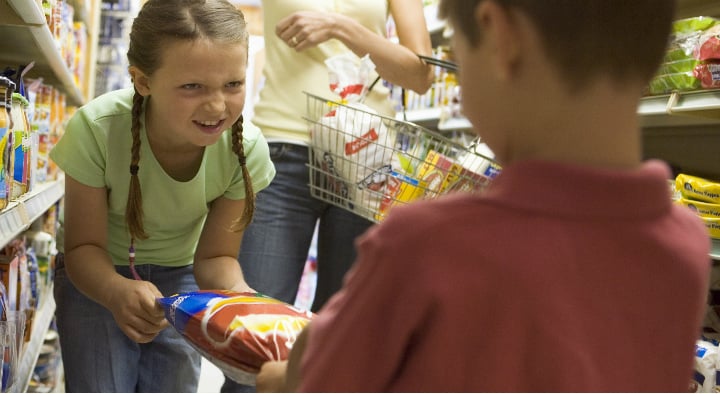 No. 3. My third point is that many children find it difficult to show gratitude, both to other kids and towards adults. Can they get "another one" is unfortunately often a first question – and "we only get one!?" is a common complaint I hear. 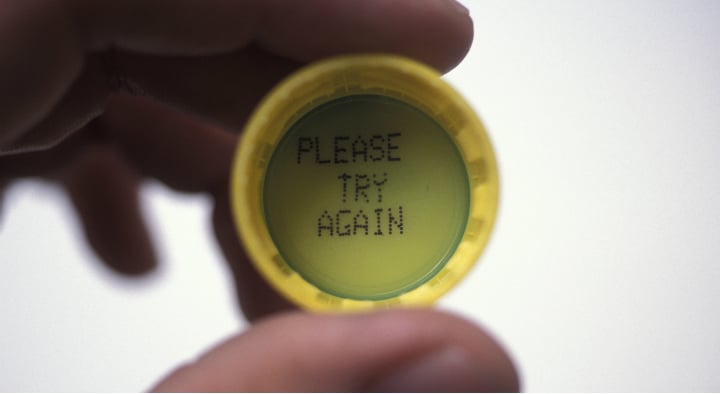 I have no children at the moment, but if I do sometime in the future I plan to teach them to play, to be good friends, to show gratitude and to be bored from time to time. Once they've learned those things, then I'll teach them to read and count:)

Though Jonas actually penned his rant several months ago, the Swedish teacher’s post has recently been going viral, with mixed reviews. While some praise his assessment as being spot on, others suggest the fact that he does not yet have children of his own as being cause for dismissal.

To hear an opinion on parenting traps from someone with kids, be sure to check out the 5 ways you’re actually RUINING your child’s life! 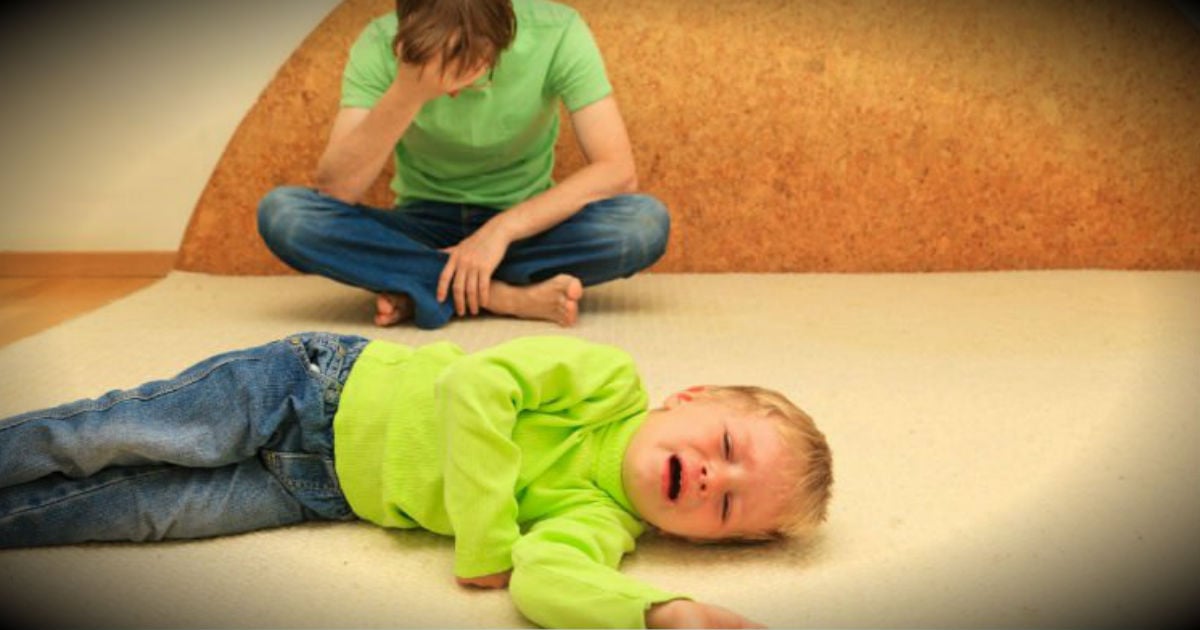