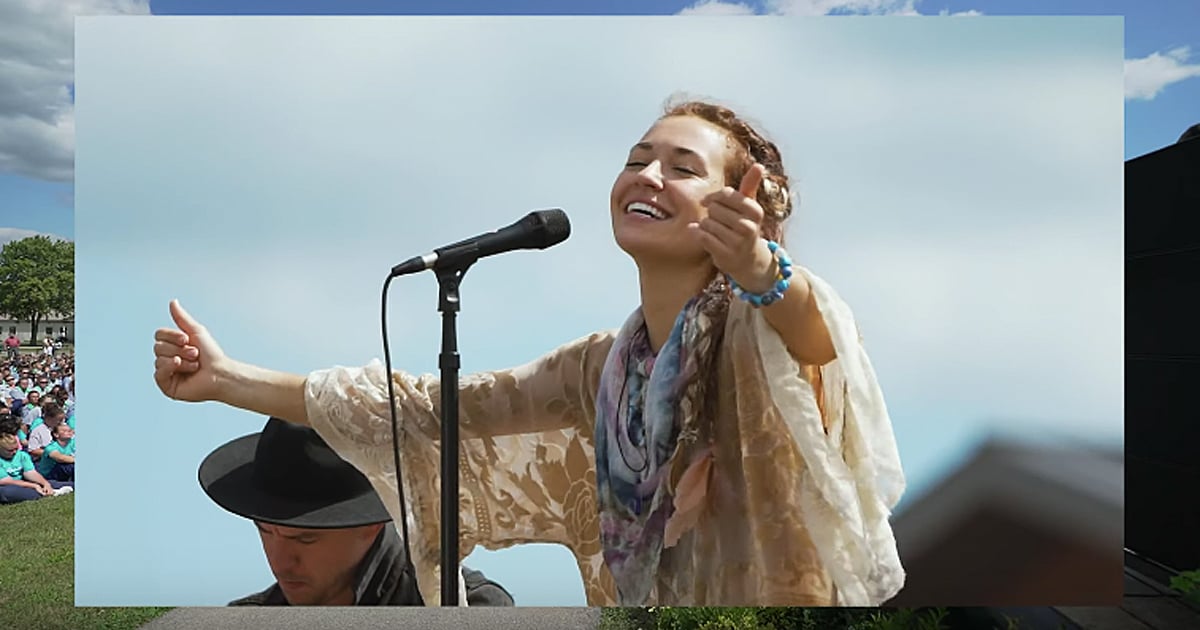 After years of drinking, Anthony DeAngelis found himself in desperate need of a liver donor transplant. But then his daughter sacrificed two-thirds of her own liver to give her dad a second chance. And this inspiring story is a beautiful example of the restoration power found in God’s love!

Anthony DeAngelis started out as a social drinker. But as time went on, it grew into a full-blown drinking problem.

RELATED: Little Boy Gained Over 20 Pounds In 2 Months To Save His Dad's Life

"I wound up drinking alone sometimes for no other reason than to get numb," he said.

Anthony wasn’t an obvious drunk. His family describes him as a high-functioning alcoholic. So, he succeeded in keeping his problem hidden for a long time.

But addiction always finds a way to ruin your life. And for Anthony, it would have ended his if God hadn’t already sent him a special angel!

Liver failure served as a wake-up call for Anthony DeAngelis. But by then, it was almost too late.

Because Anthony’s liver couldn’t remove the toxins from his blood, he began suffering a decline in brain function. Anthony had trouble walking and often lost touch with reality.

"I was really hurting and preparing myself to die," he said.

Doctors said a liver transplant was the only hope. But with nearly 13,000 Americans on the waitlist, Anthony would die before a donor ever became available. Instead, they’d need to find a living liver donor transplant as quickly as possible.

What is living donor liver transplant?

The liver donor recovery time runs about 3 to 6 weeks. And because of the amazing way God designed the liver, the organ will actually regenerate. So, both the portion of liver transplanted and the original portion left in the living donor will grow back to create a complete liver!

Due to his declining health, doctors eventually hospitalized Anthony DeAngelis.

"In my lucid moments, which were becoming few and far between, I was getting myself ready to pass on," he said.

But then, Anthony’s daughter Alyssa came to see him with unexpected news!

Anthony didn’t know it, but all 3 of his children had been tested to see if they were a viable liver donor match. And Alyssa (31) had decided she’d be the one to sacrifice 65% of her liver so that her dad could live.

Addiction has a way of eroding relationships. And it’s unreasonable to think Anthony’s drinking hadn’t taken its toll on his children at some point. But in his hour of need, Alyssa chose grace over condemnation.

"I saw how hard the whole situation was for my mom, who was feeling the brunt of all this,” she said. “I love my family and if I ever had an opportunity to help them, I would do it."

Of course, her sacrifice as a living donor came with some clear stipulations.

Alyssa recalled telling her father, “Dad, there are going to be some expectations of you if I do this. You've kind of given up a little bit. It's on you to get your life back.”

The liver donor transplant between Alyssa and her dad went smoothly. Alyssa spent a week in the hospital and then 5 more weeks at home.

"The recovery could not have gone better," she said. "I feel perfectly normal at this point."

And as for Anthony DeAngelis, he hasn’t forgotten his daughter’s words before she gave him the gift of a second chance. And at 73 years old, he’s gotten his life back on track.

The Restorative Power Of God’s Grace

The liver transplant journey has only deepened his relationship with Alyssa.

"I think of her as my guardian angel," he said. "She's always been an angel to me, but now she's saved my life."

But it’s also deepened his relationship with God.

"I believe faith has been a large part of my getting well," he said. "I have a lot of friends who have been praying for me through this whole thing."

It’s part of why he’s sharing his inspirational story — not only to thank his daughter for her sacrifice, but also to encourage those battling addiction or "going through storms."

The sacrifice Alyssa made not only saved her dad but blessed her mother, too.

"It's like I got my husband back,” Lorraine DeAngelis says. “It's a miracle.”

And that’s why Alyssa encourages others to become living donors.

"It sounds scarier than it is," she said. "To save someone's life, I think six weeks (of recovery) is worth it."

YOU MAY ALSO LIKE: Doctors Said Baby Would Die In Womb, Then Mom Held Miracle Son In Her Arms

Seeing the transformation and restoration of relationships in Anthony’s story is a powerful reminder of how God works. Nothing is ever outside of His reach!

“For I am certain that not death, or life, or angels, or rulers, or things present, or things to come, or powers, or things on high, or things under the earth, or anything which is made, will be able to come between us and the love of God which is in Christ Jesus our Lord.” Romans 8: 38-39