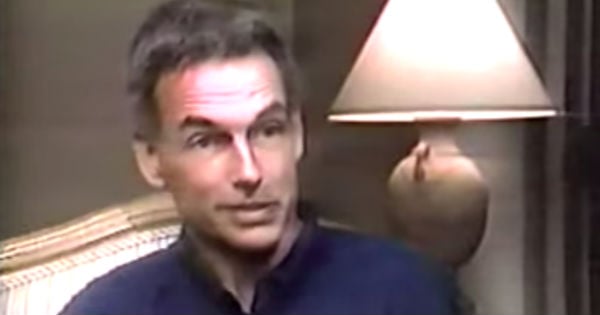 We can count on our police to do amazing things, but this was beyond what would ever be expected. An Arizona police officer shows up to save 2-year-old girl, and ends up bringing her home.

With all the bad news of today, being reminded of the caring nature of humanity is refreshing.

Back in March of 2018, Lieutenant Brian Zach rescued a girl that would end up becoming his adopted daughter. He works for the Kingman Police Department in Arizona. That night Brian was operating as the on-duty patrol sergeant when he received news of a 2-year-old girl with serious injuries.

His prompt response was in part the result of a prior homicide victim of just 13 months of age. That incident happened seven years before, but had been on his mind since.

"I didn't get to save that girl…Kaila was my second chance for that."

He could not have predicted he would wind up calling Kaila his own. Of course he didn't know that at the time, as he responded with his civic duty to save her life.

He arrived on the scene and spent five hours with Kaila.

That night he provided the comfort and support he could, and he is doing the same today. Just this past August, Brian and his wife Cierra adopted Kaila.

He said, "She was just the cutest little girl that immediately just tugged at my heart."

"She would grab my hand and put it on her lap and she would hold my hand and kind of just pet my hand."

Kaila's injuries from that fateful night led to her being removed from her previous home by Child Protective Services. This was the third time in her life such an incident had occurred.

Enough was enough. She received hospitalization to heal from a fractured skull, dislocated elbow, and a bleed in her brain.

"I [came home and] told my wife about this adorable little girl that I met and I just wanted to bring her home."

"In the past 15 years, if my wife had a dollar for every time that I said that, we’d be pretty rich," the Arizona police officer added.

Brian may not realize, but he is already rich, rich in love that he has shown this innocent child.

He went through the legal proceedings and was able to love on this child in ways her previous caretakers did not.

He explained, "When they remove [a child from a home], they want to place with family first."

"But if they can't have family, they can go to a foster home. What they did in our case is they used our relationship from bonding that first night for what they call a fictive kinship."

"When her family didn't step up or pass the qualifications for them to be a placement for her, we knew that this girl, she needed love, she needed a family."

He added, "She is the wittiest, most full of character little girl you'll ever meet…She says the funniest, off-the-wall things. She's definitely brightened up our world."

YOU MAY ALSO LIKE: 7 Years Ago She Was A Patient At The Hospital And Now She's Giving Back $23,000

And may their world continue to be brightened as they share a familial love that is not present in all families, and should therefore be cherished when possible.

"A friend loveth at all times, and a brother is born for adversity." Proverbs 17:17

The little girl went through all kinds of horrors – but now she’s in a loving home with Lt. Brian Zach and his wife. "She's happy, and she's flourished." ❤️