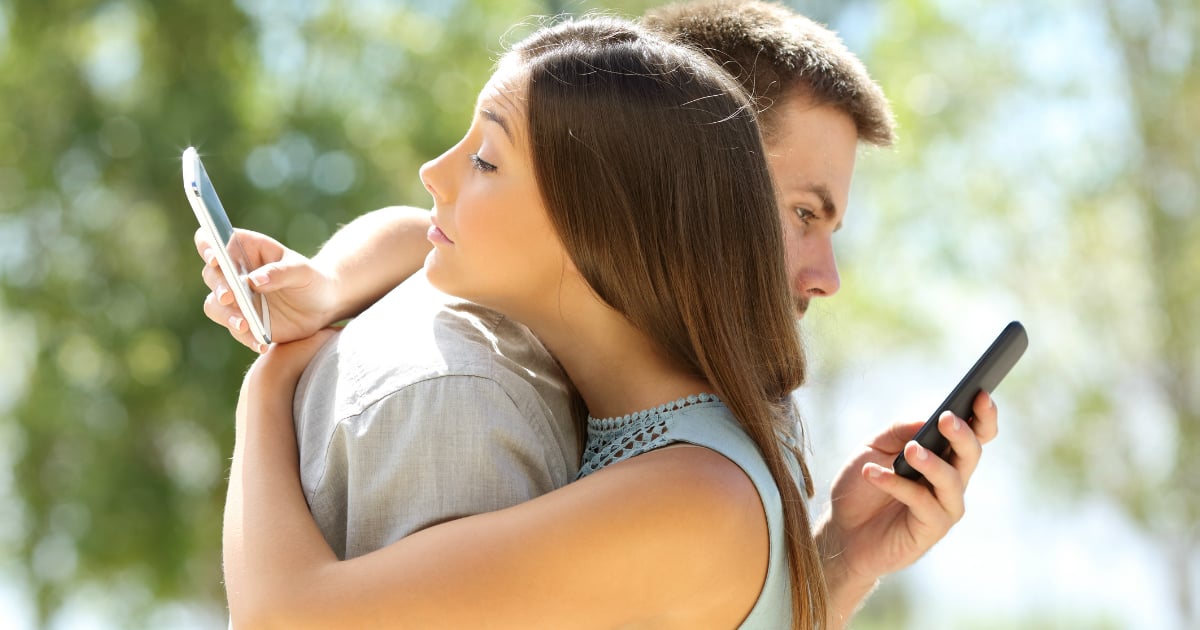 Each year, a group of Atomic Scientists announces the status of their global “Doomsday Clock” — a countdown to the apocalypse. And this year, the Doomsday Clock is as close as it has ever been to the End Times!

In 1945, scientists, engineers, and other experts who helped create the atomic bomb as part of the Manhattan Project banded together to form The Bulletin of the Atomic Scientists. The group knew firsthand just how intensely devastating nuclear weapons could be. And so, they felt they had a duty to keep the public informed.

As a result, the historic Doomsday Clock was born in 1947.

At the start of each new year, the Board of Atomic Scientists evaluates the existing threats to humanity worldwide, such as nuclear weapons, climate change, and emerging technologies. Next, they decide whether to adjust the minute hand in the “countdown to midnight” (Doomsday). It’s meant as a warning of just how close we are to the end of the world as we know it.

In 2015, the Doomsday Clock moved from five to three minutes, the closest it has been to midnight since the early days of above-ground hydrogen bomb testing. Sadly, things have only intensified, given factors like the advancement of North Korea's nuclear weapons coupled with inflammatory exchanges between President Trump and Kim Jong-un.

As of January 25, 2018, the Doomsday Clock minute hand sits at two minutes to midnight.

This is the closest the Clock has ever been to Doomsday, and as close as it was in 1953, at the height of the Cold War. The change suggests our world could be nearing the End of Times. But what does the Bible say?

Signs Of The End Times & How To Recognize Them

The Bible is filled with signs as to what the end times will look like. Some signs are so specific we can't miss them. For example, in Matthew 24:15-16 Jesus pointed out one sure sign of the end times: "So when you see standing in the holy place ‘the abomination that causes desolation,’ spoken of through the prophet Daniel - let the reader understand-then let those who are in Judea flee to the mountains..."

Jesus expects His readers to understand the signs of the end. How will we know what to look for? We study the Scriptures. 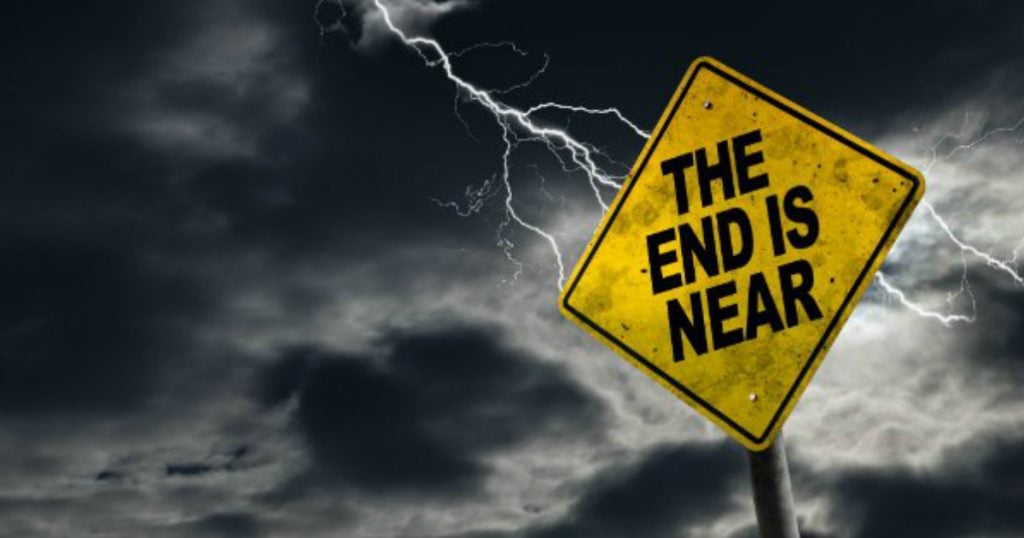 Daniel 7 describes this "abomination" and how to recognize it.

God told the prophet Daniel that when the end is near, many seemingly enigmatic verses will become clear. Probably because as the events prophesied are increasingly fulfilled, the more clear other signs will become.

As Daniel concluded his prophecy in chapter twelve, he asked God to let him in on the timing of the end-time events. God deflected his request in verse four:

"But you, Daniel, close up and seal the words of the scroll until the time of the end..."

(Notice that when the end is near everything will become more clear).

Daniel then asked the two angels standing nearby, "How long will it be before these astonishing things are fulfilled?"

An angel replied in verse seven, "It will be for a time, times, and half a time. When the power of the holy people has been finally broken, all these things will be completed."

The terms, “time, times and half a time” and the corresponding 3.5 years and 1260 days and 1290 days, are explained in the Book of Revelation.

RELATED: Is the Bible Intentionally Vague about the End Times?

Daniel confessed in verse eight that he still did not understand so once again he asked the Lord, “My Lord, what will the outcome of all this be?”

God replied in verse nine, "Go your way, Daniel, because the words are closed up and sealed until the time of the end.... None of the wicked will understand, but those who are wise will understand.”

So, rest assured that discerning spiritual men and women in the Body of Christ will be able to read the signs-and will be happy to share what they see with you. Notice I said, "spiritual men and women." Jesus predicted that near the end of time many false individuals will confuse many (this, of course, is another sign in itself).

But, don't stop by depending on the insights of others. Do your own homework. Be a biblical "self-feeder" and check these things out for yourself.

So that you won’t have to go searching to get started, I’ve listed below the basic prophetical books and passages in order to help make your study a little easier.

Scriptures that explain the signs and events of the End Times: 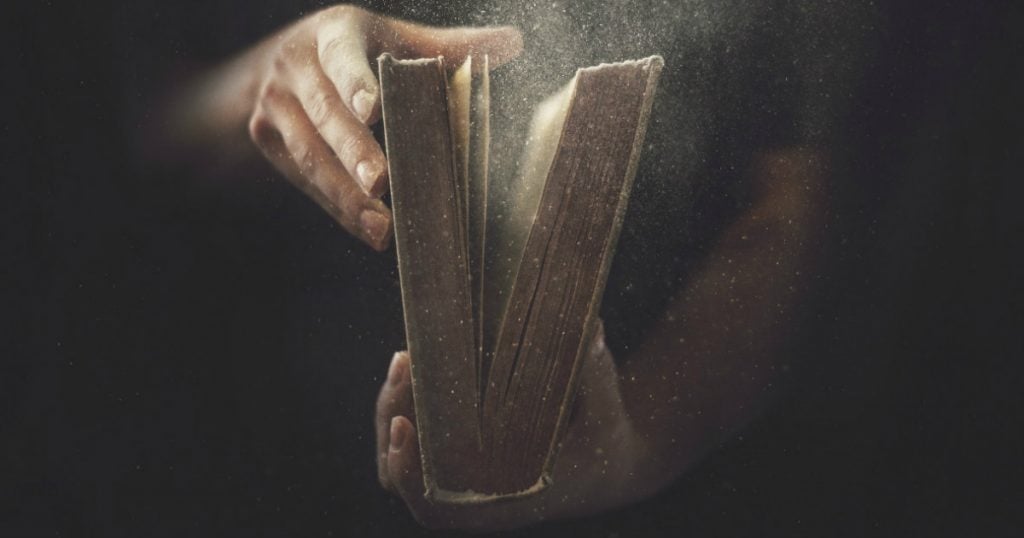 • The Psalm of the battle of Armageddon: Nations rage; God laughs; and the exaltation of Christ as Lord

The Book of Daniel

• An overview of God’s dealing with human governments

• The prophecy of the return of Jews from all over the world to the land of Israel to reestablish the nation of Israel (the dispersion occurred in 70 A.D. and against all odds, the return took place in 1948 A.D.)

• The battle between Gog, from the land of the north (Magog), that is directly north of Jerusalem (Russia??) and the nation of Israel. Gog, who is allied with a number of African nations is soundly defeated. The battle probably occurs before the time of Great Tribulation.

• The Israelites weep and repent when they see the nail-scarred hands of Christ at the second coming.

• Known as the Olivet Discourse, Jesus answers the Disciples’ questions about the end times and the future destruction of Israel.

• A description of the rapture when Jesus comes “for His saints” and takes them to Heaven.

• Details on the swiftness and stealth of the Second Coming

• Beware of the coming Antichrist who is revealed when he sets up the Abomination of Desolation.

• The Antichrist has deceptive tools to fool the world.

• When “that which restrains” (either the Holy Spirit or the church) is removed from earth, the Lord’s wrath is unleashed.

• An outline of how to behave during the last days

• A description of wicked men during the last days

• The Second Coming timetable is right on schedule. God is not delaying.

• “The elements will be destroyed by fire.”

The Book of Revelation

• A description of the person and ministry of the Antichrist.

• The Battle of Armageddon

• Tossing Satan into the Abyss of Hell

• The millennium and the new Heaven and Earth

How To Read The End Times Signs

So, in order to read the signs well, avoiding deception, I recommend that you:

• Carefully study the Bible passages referring to the end

• Keep an eye on world events

• Listen to spiritual men and women who listen to God for their insights into “the times of the end.”

"But you, brothers, are not in darkness so that this day should surprise you like a thief..."

Signs Of The End Times & How To Recognize Them was written by Dr. Roger Barrier and originally appeared on Crosswalk.

Dr. Roger Barrier recently retired as senior teaching pastor from Casas Church in Tucson, Arizona. In addition to being an author and sought-after conference speaker, Roger has mentored or taught thousands of pastors, missionaries, and Christian leaders worldwide.

Casas Church, where Roger served throughout his thirty-five-year career, is a megachurch known for a well-integrated, multi-generational ministry. The value of including new generations is deeply ingrained throughout Casas to help the church move strongly right through the twenty-first century and beyond.

Dr. Barrier holds degrees from Baylor University, Southwestern Baptist Theological Seminary, and Golden Gate Seminary in Greek, religion, theology, and pastoral care. His popular book, Listening to the Voice of God, published by Bethany House, is in its second printing and is available in Thai and Portuguese. Roger can be found blogging at Preach It, Teach It, the pastoral teaching site founded with his wife, Dr. Julie Barrier.

YOU MAY ALSO LIKE: Pastor Explains The 4 Horses Of The Apocalypse