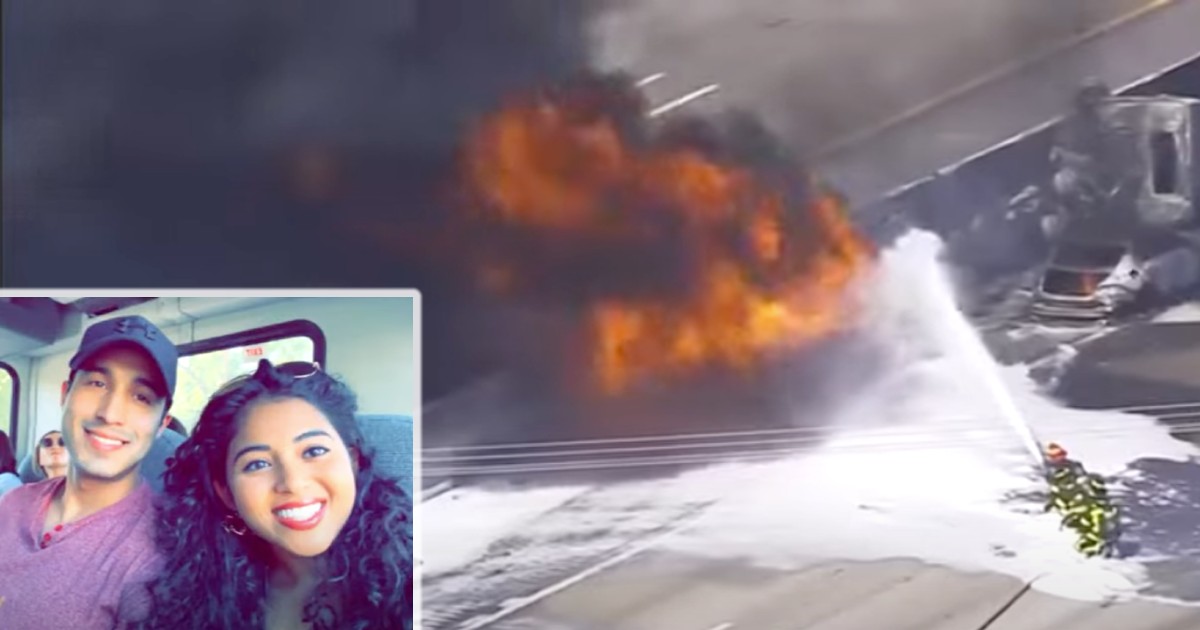 Boyfriend Refuses to Abandon the Woman He Loves, Pulling Her from Fiery Car Just in Time
Read Article »

A desperate mom panics as her one-month-old baby stops breathing, but two angels rush to her rescue. Thankfully, God put two heroes in Tajanea Allen’s path to save her infant daughter Kamiyah who was born prematurely.

No parent ever expects their perfect, brand-new baby to stop breathing, but that's what happened to precious little Kamiyah.

RELATED: 3-Month-Old Baby Stopped Breathing On A Plane But God Put The Right Person In The Right Place

The first few weeks of having a newborn are filled with bliss and exhaustion as parents are filled with joy in bringing a new little one into the world. The last thing any parent expects is for their child to stop breathing.

Yet, all of our days are written in God's book. He knows when we will experience life-threatening moments–and in the case of little Kamiyah, God sent two officers to her door who knew exactly what to do.

Officer Richard DuChaine and his co-worker, officer Charles Owen, responded to the frantic call for help.

Officer Richard recognized right away what was happening because he had recently experienced it himself as a new father. His child was born prematurely.

“I’ve been in your shoes. I know exactly what it feels like," He told Kamiyah’s mother.

Tajanea had called for help when her baby stopped breathing on her own. He recognized what was happening right away and got to work on getting Kamiyah to breathe. The video is heart-stopping and awe-inspiring all at once. You can almost feel the officer's willing the child to breathe. After a heart-pounding few seconds, this sweet precious baby gasps for air.

Later, once she arrived at the hospital, Kamyiah was diagnosed with RSV, which makes breathing a chore. But this blessed child is on her way to recovery and thriving thanks to men in uniform who were her angels in disguise that day.

YOU MAY ALSO LIKE: Her Son Got Sick And Suddenly Stopped Breathing, But Then A Guardian Angel Showed Up

WATCH: Mom Panics As Her 1-Month-Old Baby Stops Breathing But 2 Angels Rush To Her Rescue