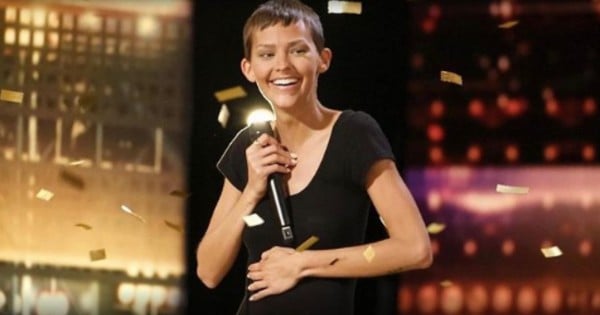 A ballet dancer with autism was accepted into the elite dance school of her dreams. But her single mom was heartbroken as she realized she couldn’t afford it.

Constance Bailey has a hard enough time navigating life filtered through the lens of autism. In order to try to have a conversation, Bailey has to filter through sights, sounds, textures, and more.

RELATED: Dancers With Down Syndrome From Flick Flock Danza Just Blew Everyone Away And I'm Losing It

It's like standing in the middle of a casino while every machine is going off at once and there is confetti falling from the ceiling but you're supposed to carry on a conversation as if nothing is happening. That is what autism can be like.

Anyone on the spectrum would say they aren't neurotypical. But, God has given her a special gift. A place where she is free of the restraints of being on the spectrum. For Constance, she is free when she is dancing and not just any dance but specifically, ballet.

Typically those with autism may struggle with socialization, education, and communication. But many individuals on the spectrum are gifted.

RELATED: Young Man with Autism Asks ‘Take a Chance on Me' in Handwritten Cover Letter And It Goes Viral

For some it's art, for others it's knowing every star in the universe, but for Constance-it's dance. So, when she began showing a passion for dance and then began to excel, her mother Laura applied for the most prestigious schools in the United Kingdom.

Laura sent a video of Constance wearing her ballet shoes everywhere she goes, the grocery store, the mall, and even filmed her sweet, precious, and talented daughter dancing on top of a deli store counter.

WATCH: Ballet Dancer With Autism Performs All Over

So, when Constance's mother received the news she never expected, Laura realized she had bigger problems.

Constance Bailey was accepted into the school but Laura had no way to pay for the $29,000 in yearly fees.

"I felt like I had let my daughter down badly," she said.

As a single mom, she prayed to find a way to make it work. Laura knew her daughter would be successful no matter where she studied dance. But this would give Constance the edge she needed as a dancer on the spectrum.

She set up a GoFundMe page to explain the struggle to raise a daughter with special needs as a single mom. She was hoping for just a little help but never expected to receive four times the amount she needed! Laura received a generous $123,000.

One donor wrote, "One of my children is autistic and we have spent a considerable amount of time persuading him that he can be successful in life.” She added, "It can be so hard for children with autism to feel like they can succeed at school when the system is usually set up for neurotypical children. So happy to see Constance living her dreams."

Laura said, "Constance hasn't stopped smiling and grinning. She keeps saying: ‘I keep thinking I'm going to wake up and it was all a dream.' Our emotions are overflowing. This really is beyond our wildest belief. People who have donated have changed Constance's life forever."

Isn’t it so like God to put a mountain in front of us that seems impossible to move? But then through a little prayer and a heaping amount of faith-God works through the hearts in the village to help us get where we need to go!

YOU MAY ALSO LIKE: Dancer With Down Syndrome Leaves Judge In Tears