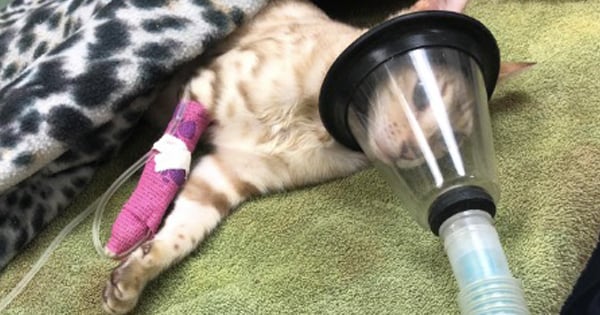 When a farmer catches a couple of bears stealing honey, he turns the situation to his advantage and uses the bears as honey taste testers. How genius!

It's no secret that bears love honey. From Winnie the Pooh to real-life bears in the wild, this sweet treat is a favorite for them all. And some of them go to great lengths to obtain that yummy honey. This can lead to the bears causing damages that cost upwards of hundreds or thousands of dollars. That was the case for the bears that raided the honey from beekeeper Ibrahim Sedef who lives in Trabzon, Turkey.

Ibrahim Sedef is an agricultural engineer that works in beekeeping. He had been struggling for some time to stop certain bears from ruining his beehives in their attempt to get at the honey inside. Ibrahim tried to leave food out for the bears, like fruit, bread, and honey, to keep them away from the hives. He also tried to protect the hives by putting metal cages around them. Even though those were good tries at solving the problem, the bears still ended up damaging some of Ibrahim's beehives.

That's when this beekeeper got an idea. He decided he wanted to study the bears more and learn about their movements and behaviors. He set up a camera to record the bears' actions. Ibrahim also decided to turn these bears into honey taste testers!

He set up a table on his land where the bears are usually found roaming around, and he put four kinds of honey out for the animals to feast on. What he found out from his footage was that the bears eating the honey have some pretty expensive tastes!

Ibrahim noticed that the bears always tasted the Anzer honey first. In fact, the bears were so drawn to the smell of the Anzer honey, they didn't even bother with touching the other bowls of honey that were set out. To put into perspective how expensive the bears' tastes are, two pounds of the Turkish honey Anzer sells for more than $300!

YOU MAY ALSO LIKE: Her Cat Was Wasting Away Until They Figured Out Essential Oils Are Harmful To Pets

It's great to see that this beekeeper could turn bears stealing honey into a taste-testing experiment to see what honey the bears find the most appetizing!