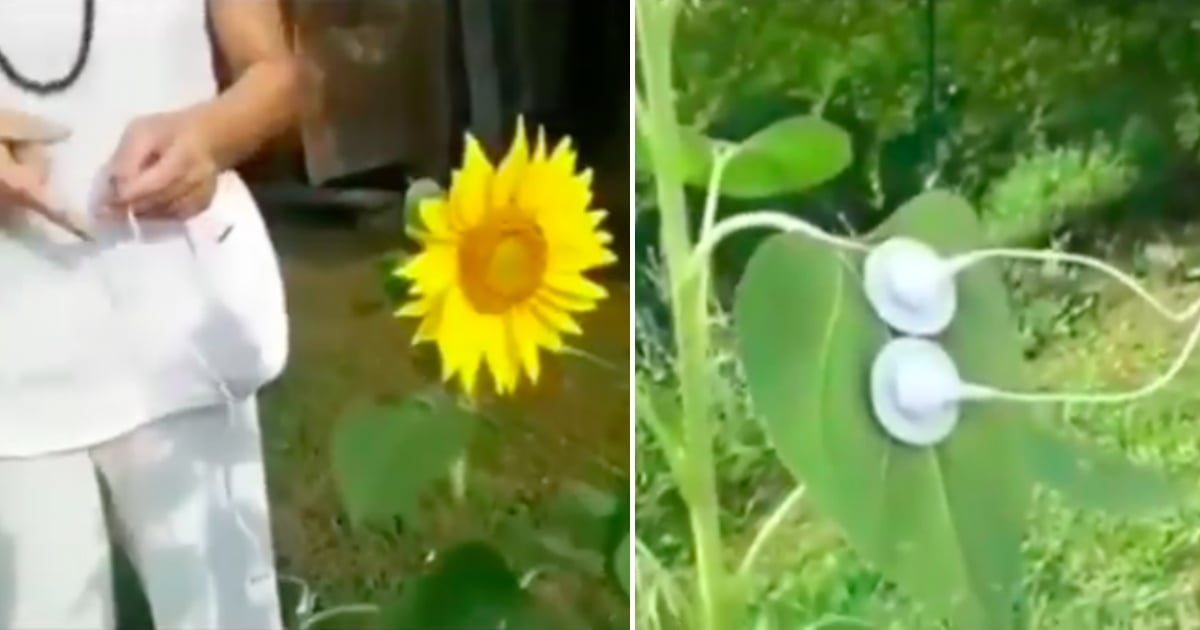 After a 40-day stint in rehab and an appearance at church on Sunday, Hollywood actor Ben Affleck is certainly looking healthier. Which has some folks asking the question, “Has Ben Affleck found God?”

For years, celebrity Ben Affleck has battled alcoholism. And he’s always been pretty open about his problems with addiction.

While the divorce papers between Ben and his ex, Jennifer Garner, cite “irreconcilable differences,” it’s probably safe to assume the actor’s struggles with substance abuse played at least some part in their decision to split.

But despite their troubled past, the two have remained amicable through it all. With three children together — Violet, Seraphina, and Samuel — they’ll always be a part of each other’s lives. And it was Jennifer who showed up during Ben’s time of need.

Apparently, Ben fell off the wagon “a while ago,” according to TMZ. And as his reckless behavior got “progressively worse,” Jennifer showed up “with a Bible and a lawyer” and staged an intervention. She then drove Ben to a live-in rehab facility in Malibu called The Canyon Treatment Center.

Of course, paparazzi quickly picked up on things and couldn’t help but point out how different a sober Ben looked in post-rehab photos compared to images from when he was reportedly binging on alcohol.

Reporters also spotted Ben attending church with Jennifer and the kids after rehab.

Combine that with his refreshed look and some started asking if Ben Affleck found God during recovery.

Divorce is messy and heartbreaking. And while much of Hollywood tends to take a disposable approach to marriage, Jennifer isn’t one of them.

She and Ben tried to salvage their relationship. And when lamenting the end of her 10-year marriage to Ben, Jennifer carefully avoided finger-pointing.

“I’m a pretty hard worker. It’s one of the pains in my life that something I believe in so strongly I’ve completely failed at twice,” she said, referencing the fact that his marks her second divorce. “You have to have two people to dance a marriage. My heart’s a little on the tender side right now, and it’s always easier to focus on the ways that you feel hurt, but I know that, with time and some perspective, I’ll have a clearer sense of where I let the system down, because there’s no way I get off in this.”

Even as the tabloids later ran rampant with rumors of Ben’s infidelity — something Jennifer says played no part in the couple’s decision to divorce — Jennifer extended nothing but grace and support toward Ben.

“People have pain – they do regrettable things, they feel shame, and shame equals pain,” she said in an interview. “No one needs to hate him for me. I don’t hate him. Certainly, we don’t have to beat the guy up.”

Since first announcing their separation in 2015, the couple has worked hard to navigate their split with respect and dignity.

While they may no longer be husband and wife, Jennifer remains supportive of Ben.

“I didn’t marry the big fat movie star; I married him,” she explained. “And I would go back and remake that decision. I ran down the beach to him, and I would again. You can’t have these three babies and so much of what we had. He’s the love of my life. What am I going to do about that? He’s the most brilliant person in any room, the most charismatic, the most generous. He’s just a complicated guy. I always say, ‘When his sun shines on you, you feel it.’ But when the sun is shining elsewhere, it’s cold. He can cast quite a shadow.”

RELATED: Pastor Shares How His Praying Mom Saved Him From Drugs

So, as alcohol started taking over Ben’s life once again, Jennifer refused to turn her back on him.

She showed up at his house and, with his consent, drove the father of her three children to rehab. 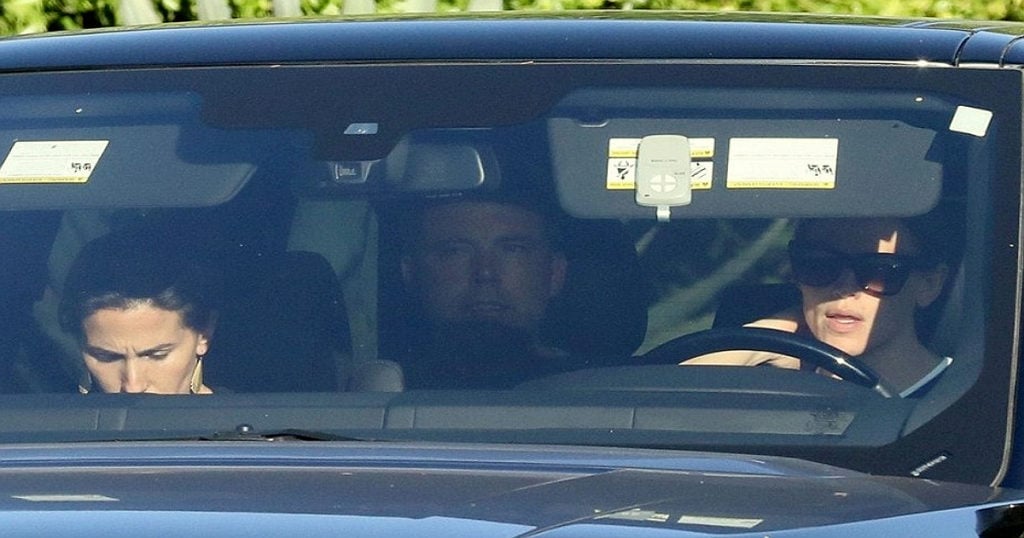 Ben confirmed on Instagram that he spent 40 days at the rehab facility and currently remains in outpatient recovery.

“Battling any addiction is a lifelong and difficult struggle,” the actor acknowledged in his post. “I am fighting for myself and my family. . . As I’ve had to remind myself, if you have a problem, getting help is a sign of courage, not weakness or failure.”

Reporters have noted that after leaving rehab, Ben certainly has a more refreshed and healthier look to him. But when paparazzi spotted him attending church with Jennifer and their children, they started to wonder whether, perhaps, Ben Affleck found God during his time in treatment.

And we can only hope that God’s truth is breaking into the troubled actor’s life.

Jennifer Garner only returned to church herself just a few years ago. While she grew up in church, faith took a back seat when the actress moved out to Hollywood.

"I grew up going to church every single Sunday," Jennifer says. "I was a vacation bible school girl. And Ben and I took our three kids to my West Virginia church to be baptized, each individually. But church was something that my kids went to when we were at their grandparents' house (in Charleston, W. Va.), not when we were at home in L.A."

RELATED: How Actress Jennifer Garner Was Inspired To Start Taking Her Kids To Church Every Sunday

But just as hers and Ben’s marriage began to unravel, Jennifer started working on the faith-based film Miracles From Heaven.

“There was something about doing this film and talking to my kids about it and realizing that they were looking for the structure of church every Sunday,” the actress said. “So it was a great gift of this film that it took us back to finding our local Methodist church and going every Sunday.” 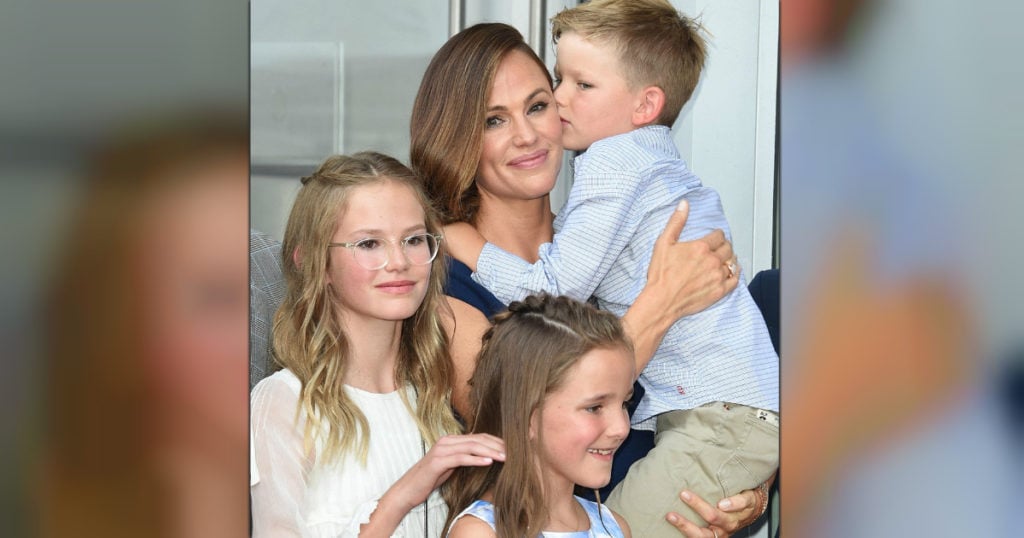 It would certainly seem as though God had a hand in the timing of Jennifer’s return to church. She remains so committed to attending Sunday service, it’s reported that when she’s away, she makes sure Ben still takes the kids to church.

And perhaps this has begun sowing the seeds for Ben’s own revelation, as well. After getting out of rehab, he was spotted on Sunday at church with Jennifer. There’s no doubt God loves Ben and is pursuing his heart. And this certainly puts Ben in the right place for a spiritual epiphany!

So, has Ben Affleck found God? Well, of course, the question of Ben’s faith can only be answered and ascertained by God alone. But we certainly hope and pray the troubled actor is looking to the Almighty for healing!

YOU MAY ALSO LIKE: Reba McEntire Says God Helped Her Through Painful Divorce