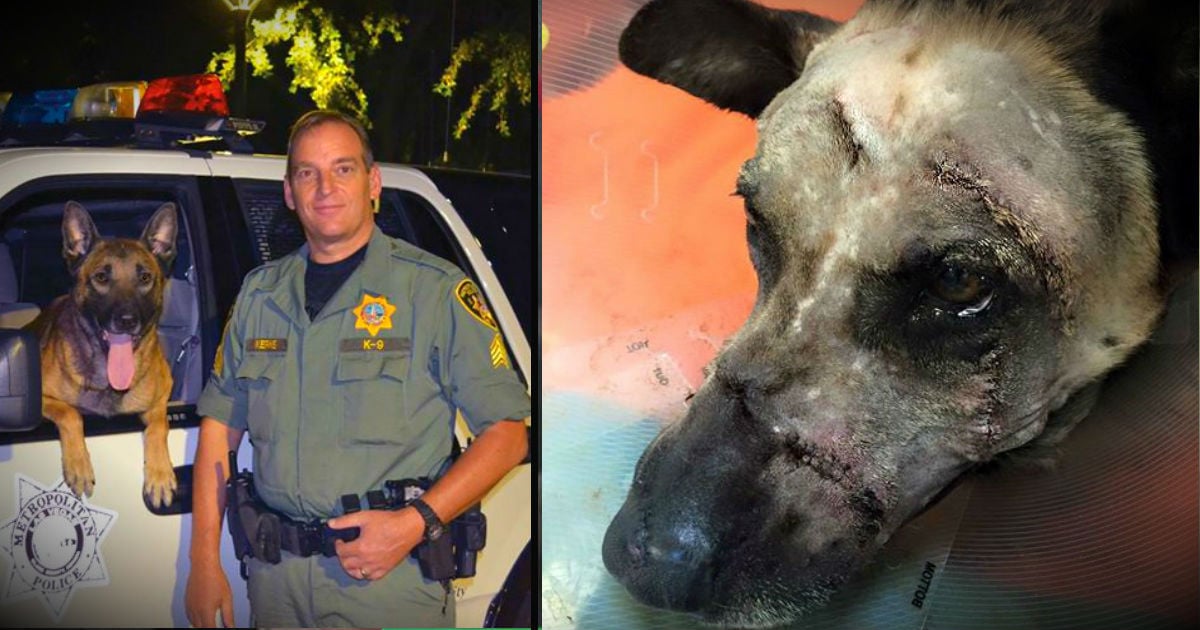 Some folks look at a biker like Brandon Turnbow, and automatically assume he is a hooligan. Well, those folks are seriously mistaken! Brandon is a hero and our favorite kind of tough guy — one with a BIG heart. And just wait until you hear why! 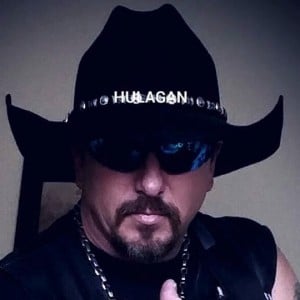 Brandon was headed to his dad’s house one day when he passed an SUV pulled over on the side of the highway in Cresson, Texas. He noticed the man in the vehicle was punching something, so he started to slow down to get a better look. To Brandon’s shock and horror, the man was in the process of beating a tiny, white dog before tossing him in the air and driving away.

The chilling cruelty was something this biker simply would not tolerate! Brandon quickly turned his motorcycle around, and raced back to the spot where the dog had been dumped. In the process, the SUV passed him, but it went by too quickly for Brandon to snag the license plate. As much as he wanted to go after the offender, his first priority was making sure the scared dog was safe and kept out of traffic.

Brandon knelt beside the terrified pup, talking gently to him. The little dog let Brandon pick him up, and he gently wrapped him in his jacket and gave him some time to get used to the vibration of the motorcycle. He knew he had to get the dog away from the busy highway. 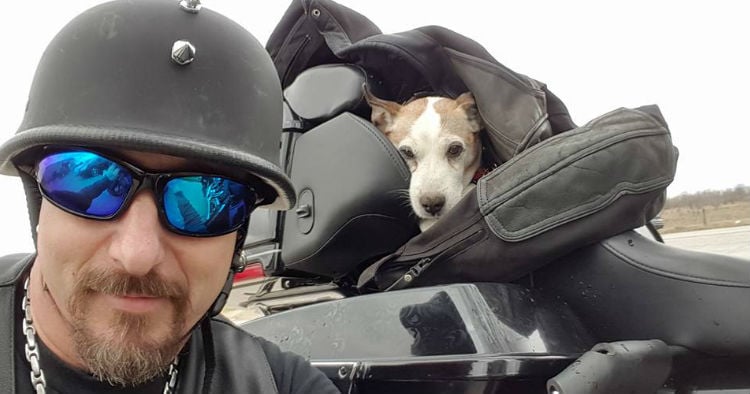 And this special pair was clearly meant to be because, to the biker’s surprise, the pup loved riding! Brandon says he truly believes “a higher power was guiding the path” that day. He took the pooch home, and the rest was history! 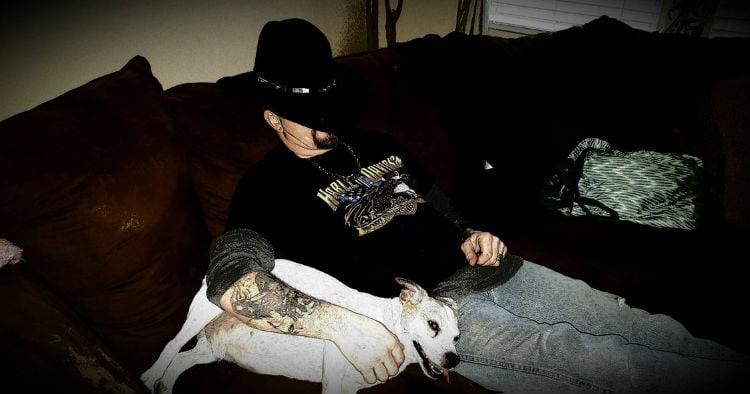 "You'll never have to worry again in your life, ‘bout getting kicked down and thrown to the side," Turnbow says of his new adopted friend. "We'll always have fun and go riding in the sun, Mr. Davidson."

The sweet pup now enjoys life as Brandon’s adorable co-pilot, and shares a home with Brandon’s other dog, Harley. And Mr. Davidson has had such an impact on his new biker dad that he inspired Brandon to write a song about the pup, as well as start a non-profit organization called BAAANG ( Bikers Against Animal Abuse National Global). The group plans to send bikers out to find and care for abused and neglected animals. 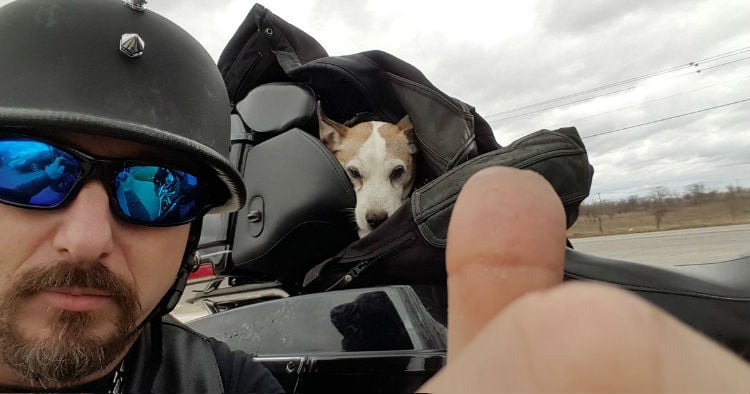 What an amazing story! Praise God for guiding Mr. Davidson to a new and loving home.

You can listen to Brandon’s song about Mr. Davidson in the video below:

Check out THE AWESOME REASON BIKERS CRASHED this lemonade stand! 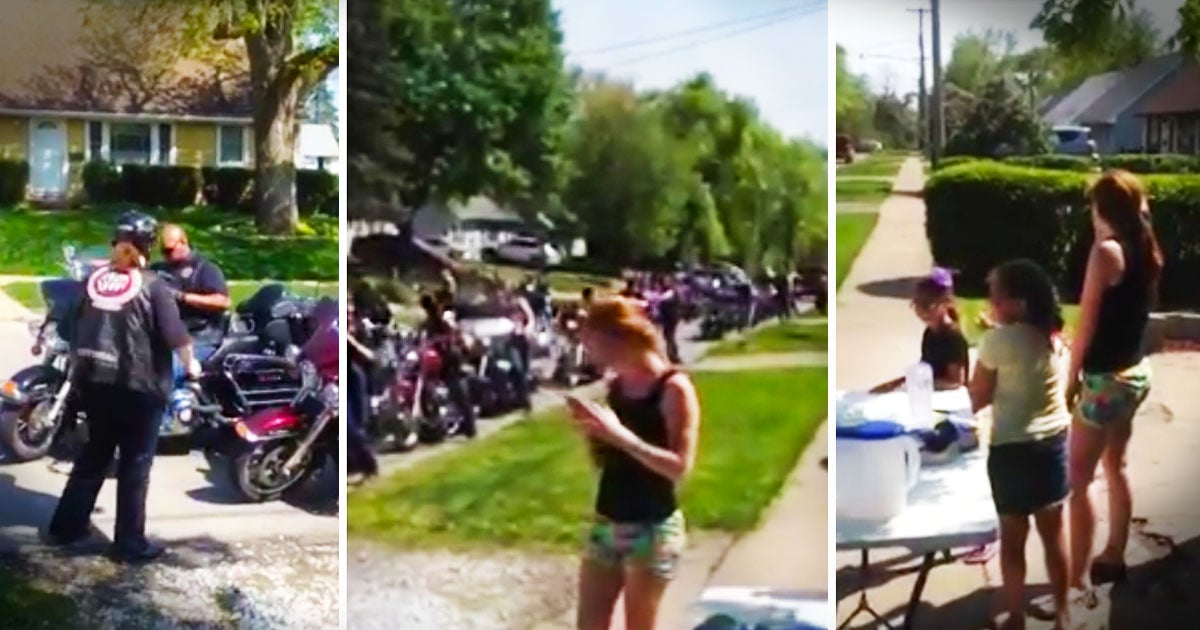