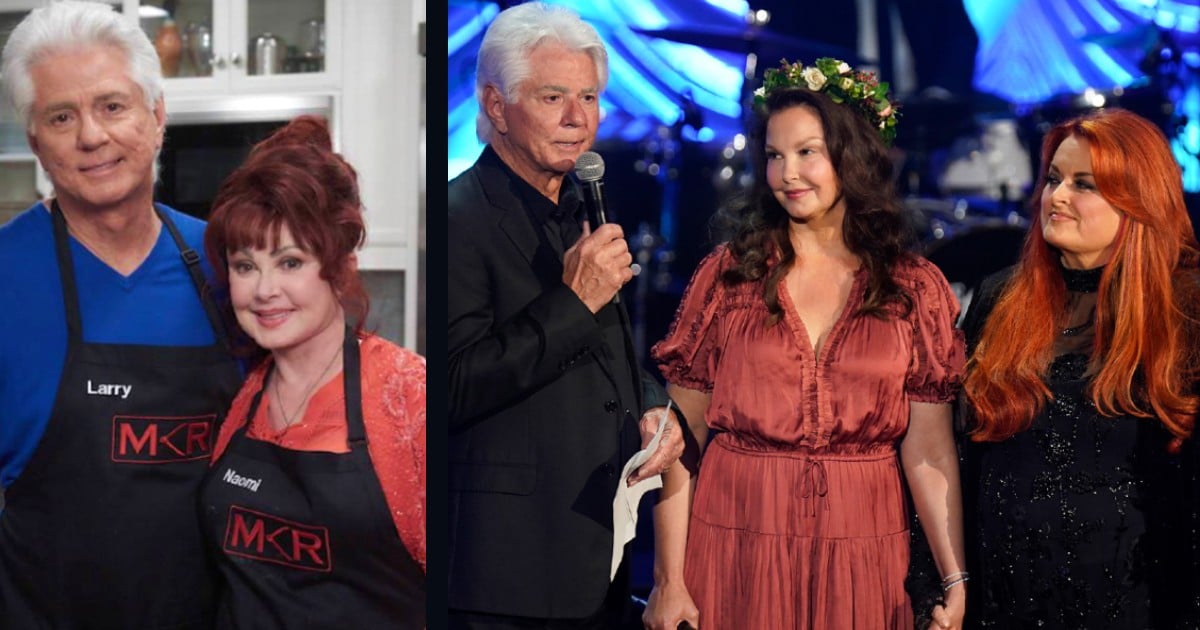 A glimpse into the bio of Naomi Judd shows the country music star experienced more than her fair share of struggles. She made it her mission to speak out about depression and mental health. And after her tragic suicide, it’s important we keep the conversation going.

Naomi Judd described the version fans saw of her on stage as a whirling dervish of “wits and glitz, glamour and clamor, flash and flare with spunk to spare.”

But life before so much success included much darker times. And the scars from those days followed Naomi even after she hit it big.

The bio of Naomi Judd is a rags to riches story — one that offered fans of The Judds so much inspiration.

RELATED: Naomi Judd's Husband Opens Email To Find A Message From A Stranger About His Wife's Death

“It's important to remember we are a mother and daughter who came out of nothing and made it,” Naomi’s daughter and fellow member of The Judds. “And if we can do it, you can, too."

But what Naomi experienced before the “riches” period in her life would haunt her for the rest of her days.

Naomi Judd, born Diana Ellen Judd in 1946, became pregnant while still in high school. In fact, she missed her high school graduation to give birth to Wynnona (born Christina) in 1964.

Wynnona Judd’s biological father, Charles Jordan, abandoned Naomi once she became pregnant and she instead married Michael Ciminella. Naomi later gave birth to Ashley, but she and Michael split soon after.

From there, Naomi Judd struggled to make a living as a singer mother. Following an incident where an ex-convict stalked, beat, and raped Naomi, she eventually took her girls and moved back to her home state of Kentucky. There, she endured poverty and welfare.

“We were (living) on a mountaintop in Kentucky,” she recalled. Naomi went on to explain, “We didn’t have a telephone or a TV. We were so broke, and wearing flea market dresses.”

Another thing revealed in the bio of Naomi Judd was that she was sexually abused during childhood. That experience, along with so many other hardships and trauma, culminated into a life-long struggle with anxiety and depression.

Naomi formed a band, The Judds, with her daughter Wynonna, who was 19 at the time. And while the mother-daughter duo went on to enjoy immense success, bouts of depression continued to plague Naomi.

After spending two years on her couch in deep despair, the country music star finally sought professional help. She discovered she suffered from severe treatment-resistant depression. And after a journey to understand her ailment, she wrote a book — River of Time.

The book not only delves into the darker parts of the bio of Naomi Judd, but it also describes her battle with mental health. Naomi made it her mission to share her story to help raise awareness and debunk the stigma surrounding anxiety and depression.

WATCH: Naomi Judd Shares Her Bio And About Battling Depression

Sadly, this terrible illness got the better of Naomi Judd. The 76-year-old ended her own life on Saturday, April 30, 2022, just one day before The Judds were inducted into the Country Music Hall of Fame.

“When we’re talking about mental illness, it’s very important to be clear and to make the distinction between our loved one and the disease. It’s very real. And it, [the disease], lies,” she said. “Our mother couldn’t hang on until she was inducted into the Hall of Fame by her peers. That is the level of catastrophe of what was going on inside of her… The regard in which they held her couldn’t penetrate into her heart and the lie that the disease told her was so convincing.”

WATCH: Ashley Judd Speaks Out About Her Mother’s Death

It’s so tragic that the music icon succumbed after fighting so hard for so long. But it’s a powerful reminder of why the conversation Naomi Judd began about depression is so important. Even in death, God is using her story to shine a light into the darkness of a very hard topic. And the Judd family is encouraging anyone facing similar struggles to reach out for help by calling the National Suicide Prevention Hotline at 1-800-273-8255.

YOU MAY ALSO LIKE: Danny Gokey Speaks Out About Depression, Hope, and End Times

Our prayers go out for the Judds and for all who battle mental illness.