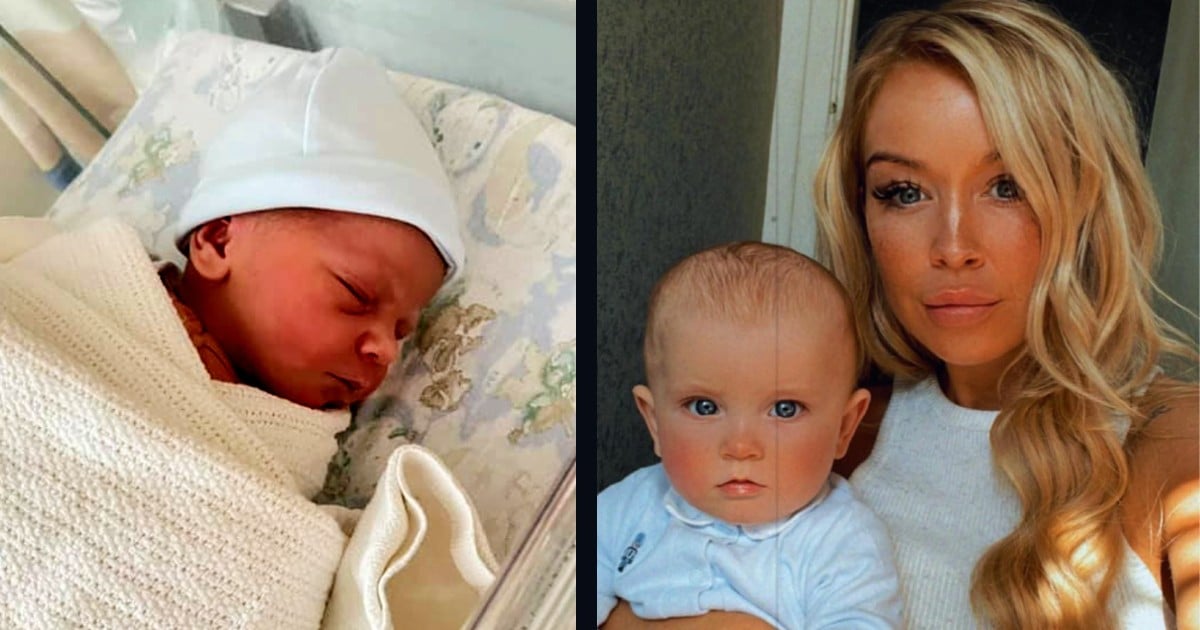 28-year-old Dimitty Bonnett of Australia was shocked when she gave birth in the shower because she didn’t even know she was pregnant!

Dimitty and her husband, Jason, thought their family was complete. The couple had a 5-year-old son, Nate, and a 3-year-old daughter, Darci. They’d actually given up hopes of having a third child.

RELATED: Woman Didn't Know She Was Pregnant, Gives Birth on Plane Filled with All the Right People

But one night, Dimitty felt a bit off. And what happened next came as a complete surprise to her and her whole family!

Mom Gives Birth In The Shower

Dimitty Bonnett wasn’t quite feeling herself one evening. So, she and her husband put the kids to bed and called it an early night. However, around 1 AM, the mom woke up feeling extremely uncomfortable.

“It was like I really needed the toilet, but I wasn't able to go,” she recalled. “The pain started to get worse, so I decided to have a shower to make myself feel better.”

The pain continued despite the hot shower and suddenly, Dimitty felt the urge to push.

“The next thing I knew, I was holding a baby's head," she said.

The mom managed to sit down and ended up giving birth in the shower. And it came as a complete shock to both her and Jason.

It may sound crazy, but Dimitty Bonnett had absolutely no idea she was pregnant with her third child. The 28-year-old had continued with her cycle regularly. The amount of weight she gained wasn’t much.

“My weight has fluctuated my whole life, so I didn't think anything of it when I put on a few pounds,” Dimitty explained. “I assumed it was just a bit of lockdown weight, and it was nothing too noticeable.”

In fact, the mom had even taken a pregnancy test just a few weeks before giving birth in the shower, just to be sure. It had come back negative.

“I'd flown on a plane a month before, and even had an x-ray after a rugby injury six weeks before I gave birth,” she said. “There was no part of me that thought I could be expecting.”

After giving birth in the shower, Dimitty yelled for her husband. And he was just as shocked as Dimitty when he came in to find his wife holding a newborn baby. They called for an ambulance and paramedics helped get mom and baby to the hospital.

"It was such a huge shock that the first few days are a bit of a blur," Dimitty said.

RELATED: Mom Thought She Had A Stomach Bug And Ended Up Giving Birth In A Hotel Bathroom

The couple named their surprise blessing Harvey and the sweet child weighed 6 pounds and 8 ounces. Dimitty used Facetime to introduce Nate and Darci to their new sibling and both kids accepted the news with excitement.

The couple clearly hadn’t had any time to prepare for their newest addition. But that’s where friends and family swooped in to help.

“Everyone came together to make sure we had a pram, clothes, nappies, and a bed for him,” the Australian mom explained.

Life is certainly full of surprises. But not usually ones like this! But sometimes, the things we least expect become our biggest blessings. And baby Harvey, named after his dad’s grandfather, is truly a gift.

"He's such an amazing baby and we feel so lucky to have him join the family, even if it was quite a shock at first," Dimitty Bonnett said.

YOU MAY ALSO LIKE: Woman Realizes She's Going To Give Birth In Gas Station Bathroom So She Starts Praying

Considering Dimitty had no idea she was pregnant and gave birth in the shower, so many things could have gone wrong. But God made sure both mama and baby were safe. He undoubtedly has big plans for this little boy!

WATCH: Mom Didn’t Know She Was Pregnant Until She Gave Birth In The Shower

LISTEN: Pregnant Woman Gives Birth In Her Front Yard | Mom Carries Disabled Son on Her Back Across the Globe