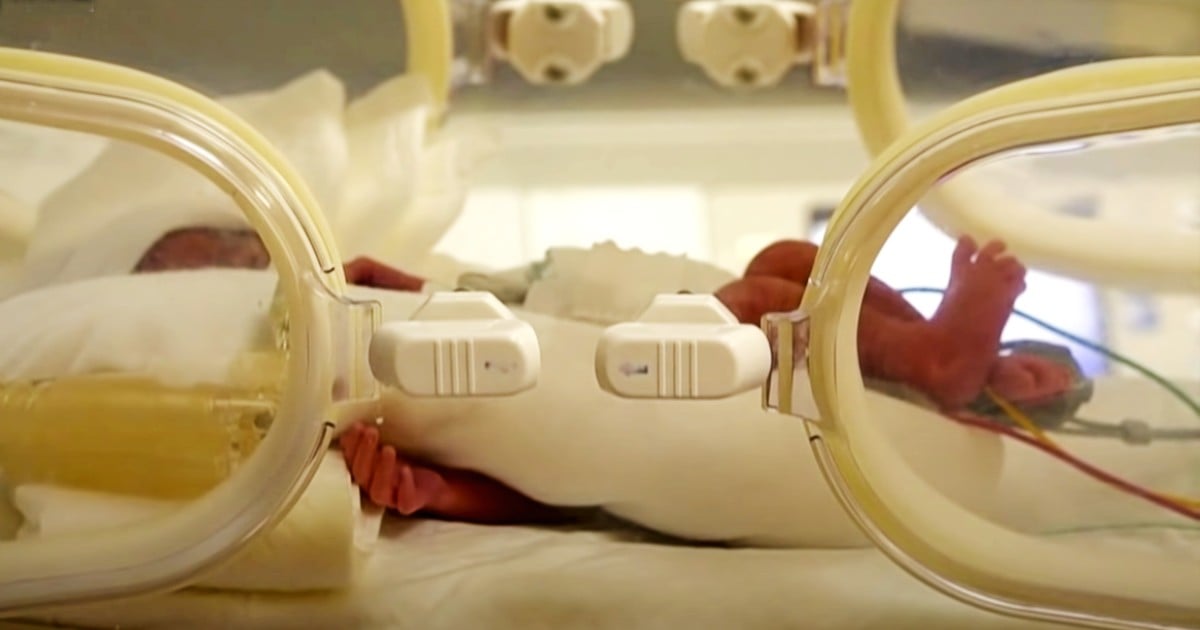 A woman suddenly went into labor and gave birth on a plane without even realizing she was pregnant. And God made sure not just one, but three NICU nurses, as well as a doctor, were on board to help with the surprise delivery!

Lani Bamfield, Amanda Beeding, and Mimi Ho worked together as nurses in the neonatal intensive care (NICU) unit at a Kansas City hospital. But they were leaving work behind for a girl’s trip to Hawaii… or so they thought.

As it turns out, there was a divine hand at work in the timing of their vacation. God had a very special reason for putting these three angels on this particular flight that day!

Birth On Plane Takes Everyone By Surprise

When Lavina “Lavi” Mounga of Utah boarded the flight to Hawaii, she never expected to give birth on the plane. In fact, she had no idea she was pregnant!

As it turns out, the unsuspecting mom was carrying a baby boy she named Raymond. And rather than wait for his mother to discover the pregnancy later, he decided to arrive early at just 29 weeks!

About halfway through the flight, Lavi experienced what she described as the “weirdest pain.” So, she got up and went to the bathroom where she ended up passing out. The next thing she knew, she woke up to meet her newborn son, Raymond, to whom she’d given birth on the plane.

"I just didn't know I was pregnant, and then (Raymond) just came out of nowhere," she recalled.

With the unexpectedness of the labor and no knowledge of the pregnancy, things could have easily gone very bad, very quickly. But God had already put the right people on the plane to make sure Raymond’s premature birth went as smoothly as possible!

Good Samaritans Jump In To Help With Surprise Baby

A frantic flight crew put out an emergency call over the PA system requesting help from any medical professionals for a woman giving birth on the plane. And amazingly, Dr. Dale Glenn, a family physician, along with NICU nurses Lani Bamfield, Amanda Beeding, and Mimi Ho were on board to respond.

“I don’t know how a patient gets so lucky as to have three neonatal intensive care nurses on board the same flight when she is in emergency labor,” Dr. Glenn said.

Of course, we know luck has nothing to do with it. This was all God!

The plane was too far along in the flight to turn around. Instead, the pilot would need to carry on with the route to Honolulu. So, for three hours, Dr. Glenn and the NICU nurses improvised to keep both mom and baby stable.

As soon as the plane landed, emergency crews rushed aboard and took the woman who gave birth on the plane to the hospital. As they loaded Lavi and Raymond into a wheelchair, baby Raymond let out his first cry. And it was a magical moment for all of the passengers.

Mom and baby are doing well after the surprise birth on a plane. And as the shock wears off, all involved are seeing God at work in the situation.

Lavi’s partner, Ethan, wasn’t won the flight. And as he works through the shock and surprise, he also feels overwhelming gratitude for the way things played out.

“With baby being born, waiting 3 hours to land, and rushing to the hospital, the fact that our son is here is a miracle and nothing short of it,” he wrote on Facebook. “I tried reaching out to all those personally who helped Lavi and deliver baby safely here while on that flight… Thank you doesn't do justice of how grateful I am for God putting you all on that flight to be there for Lavi, her family, and our son.”

Though the pregnancy came as a complete surprise, both Lavi and Ethan have expressed they feel blessed to now have a son. Now, they’re relying on God to guide them through parenthood.

“Our lives have forever changed and things are going to be challenging but with faith and work it will all be beautiful,” Ethan said.

Special Reunion For Mom And Baby

Doctors say Raymond should head home in a couple of months. And Lavi got a visit from the special angels who jumped in to help after she gave birth on the plane. What a touching reunion!

“We all just teared up,” Mimi said.

The NICU nurses may have been on their way to vacation. But clearly, they were on that flight for a reason.

“God was definitely with us up there,” Lani Bamfield shared after the experience.

And for Lavi, the kindness from these strangers was a truly special blessing.

“I didn’t have to do it alone and I had so much support and everyone was just so willing to offer up everything that they had,” she said. “So much kindness in the world still, even with all the craziness that’s going on.”

YOU MAY ALSO LIKE: Their Newborn Baby Was Turning Blue But God Put an Officer in the Right Place at the Right Time

God knows our needs way better and way before we ever do. And He is always ready to provide for us!

WATCH: Nurses Reunite With Woman Who Gave Birth On Plane