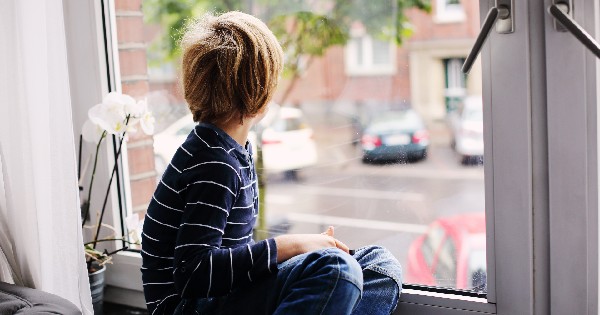 This Mom’s Attitude Toward Her Son Might SHOCK You! And, Then Again, Maybe Not.
Read Article »

In an interview with singer, songwriter, performer and incredibly talented, Bono, Christianity Today found a few of his statements a little surprising and refreshing. On any given day my faith is tested, so reading this makes me want to give a high-five to people like Bono for being able to be SO famous and yet stay so strong in what he believes. That’s quite a feat when the world is just waiting for you to stumble.

Read below for a few comments from his interview regarding faith, scripture and politics.

1) On losing his mother at such a young age:

Bono: “I don’t have a lot of memories of her, which is [an] unfortunate situation. … I look forward to meeting her again. But the loss of that is significant for [a child], and for me, I filled it with music â€¦ and it deepened my faith, I suppose.”

2) On David and the Psalms:

Bono: “First of all, David’s a musician, so I’m gonna like him. … And what’s so powerful about the Psalms are, as well as being Gospel and songs of praise, they are also the Blues. It’s very important for Christians to be honest with God, which you know, God is much more interested in who you are than who you want to be.

3) On Jesus as the Messiah:

Bono: “Jesus isn’t lettin’ you off the hook. The Scriptures don’t let you off the hook so easily. … When people say, you know, Jesus was a “Good teacher”, “Prophet”, “Really nice guy” … this is not how Jesus thought of Himself. So you’re left with a challenge in that, is either Jesus was who he said he was or a complete and utter nut case. … You have to make a choice on that. And I believe that Jesus was, you know, the Son of God. And I understand that … we need to be really, really respectful to people who find that ridiculous and … preposterous.”

Bono: It’s very annoying following this Person of Christ around [chuckling], because He’s very demanding of your life.

Bono: And it’s hopeless â€¦ trying to keep up with it.

Bono: Yeah, it might â€¦ that could turn up on the next U2 album, but I won’t give him or you any credit.

5) On how Bono’s advocacy for PEPFAR (the President’s Emergency Plan For Aids Relief), The One Campaign, and debt cancellation have improved the lives of million in Africa; truly visionary and comes right from God’s heart:

Bono: “You’re absolutely right; it’s a much grander vision. … We have a pastor who said to us, “Stop asking God to bless what you’re doing, Bono.” … He said, “Find out what God is doing, ’cause it’s already blessed.” … When you align yourself with God’s purpose as described in the Scriptures, something special happens to your life.”

6) On how evangelicals got PEPFAR going:

Bono: “Most of the 9 million lives that are now saved, HIV/AIDS sufferers, are paid for by the [United States]. … This should be shouted from the rooftops. This is a heroic American story. And I am here to thank the American people for that.

And I also want to thank the evangelical community for that, because it wouldn’t have happened without their leadership. Because they, like myself, pestered George Bush and the administration, who actually deserve praise for starting this out. President Obama has followed through on it. It’s always been bipartisan. … But you know, it was the evangelicals [that] did that.”