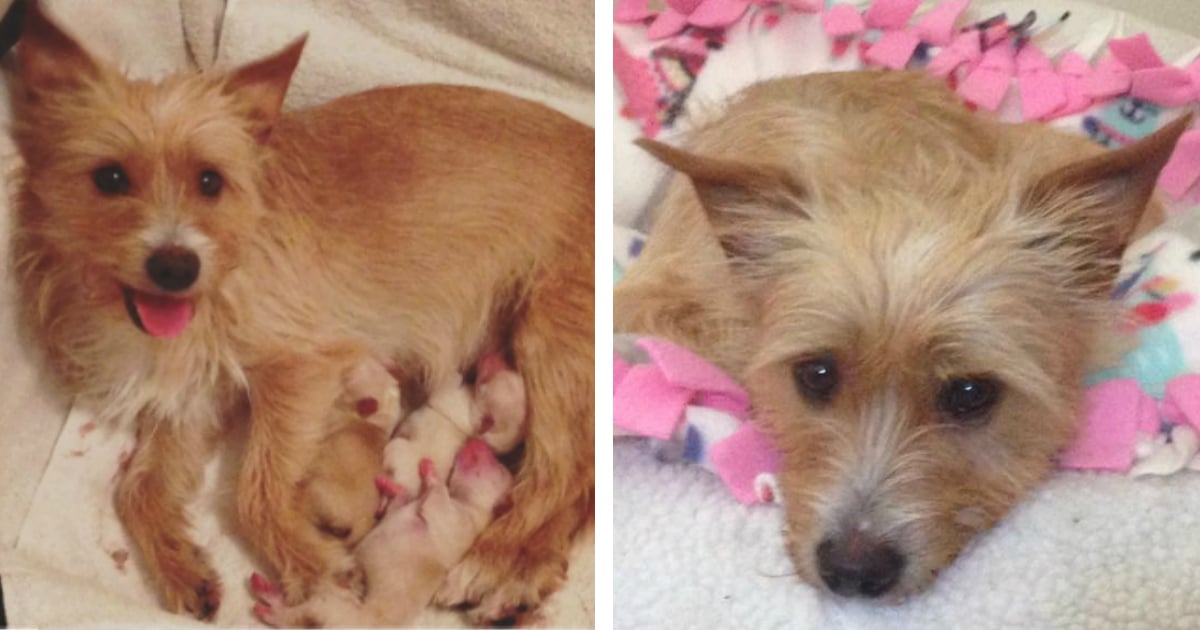 When a 15-year-old boy snuggled up with his cow, Audri, at the Iowa State fair, the two were just trying to get some rest after a grueling cattle show. His dad snapped a photo of their precious moment of peace. And after sharing it on social media, the adorable duo quickly became an internet sensation! 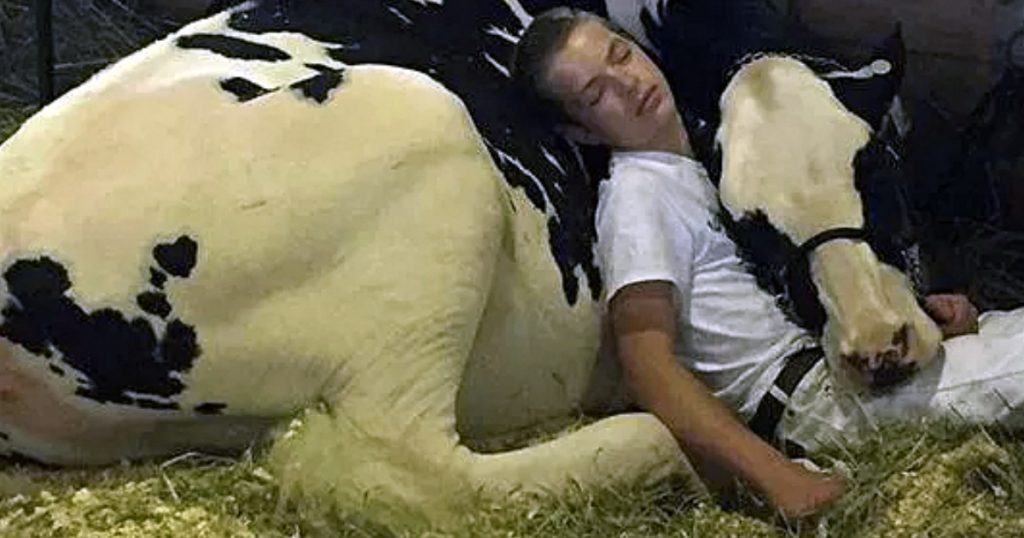 When 15-year-old Mitchell Miner decided to take his heifer, Audri, to compete in the youth dairy cattle show at the Iowa State Fair, he was taking on a great responsibility.

RELATED: Family Knows God Gave Them Lucky, A Two-Headed Calf, For A Reason

Mitchell has spent every day for two months with Audri. To prepare her for the competition, Mitchell has led, clipped, walked, and bathed her nonstop. And through it all, the two have formed an incredible bond.

Boy Snuggled Up With His Cow

When it came time for the competition, the schedule got even more rigorous. Mitchell got up at 3 a.m. each morning to feed, bathe, and brush Audri to get her ready for the day’s activities.

Audri ended up in fifth place. All the hard work that went into the competition left Mitchell and Audri exhausted. And so, the boy snuggled up with his cow to catch a few minutes of peace after all the chaos.

Audri was just as pleased to get some downtime with her beloved caretaker. And soon, the two drifted off to dreamland together.

“I was asleep. I think she was, too,” Mitchell said.

When Mitchell’s dad, Jeremy, found the two all snugged up, he couldn’t resist snapping some photos. And after posting a pic of Mitchell and Audri on social media, it went viral in no time! The adorable bond between these two melted hearts all over.

RELATED: Little Girl Asked Her Parents For A Puppy And Got A Rhino Instead

Both of Mitchell’s parents grew up on farms, so they can appreciate the special moment between a boy and his animal.

“I think it’s just when you spend that much time with them, they get really comfortable with you,” Mitchell’s mom, Laura, said.

And as for Mitchell, his relationship with Audri is nothing out of the ordinary.

“She likes to lay down quite a bit,” he said. “I don’t really understand the bond with my animal either. She just enjoys my company.”

And clearly, the feeling is mutual! Aren’t God’s creatures amazing?

YOU MAY ALSO LIKE: 12 Animal Photobombs To Brighten Your Day 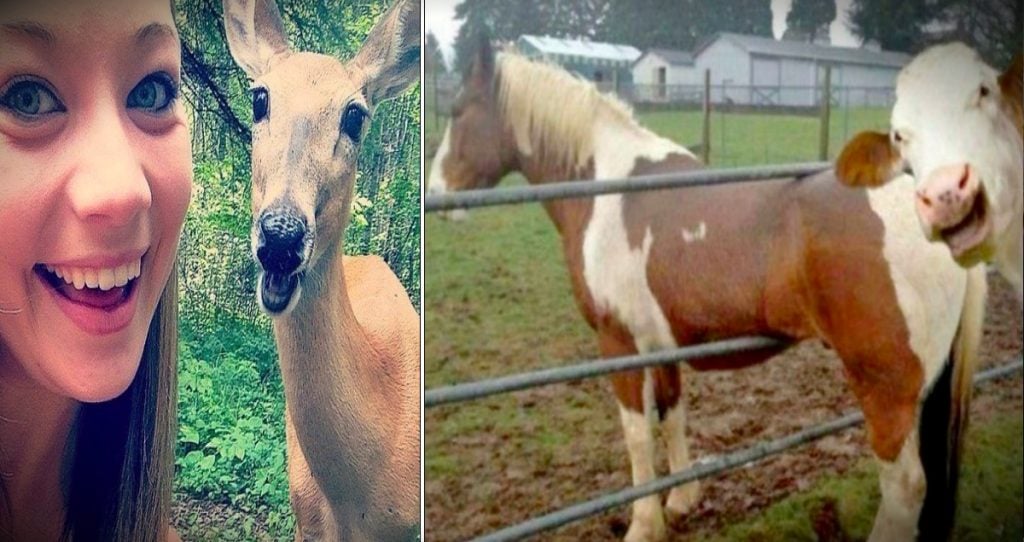