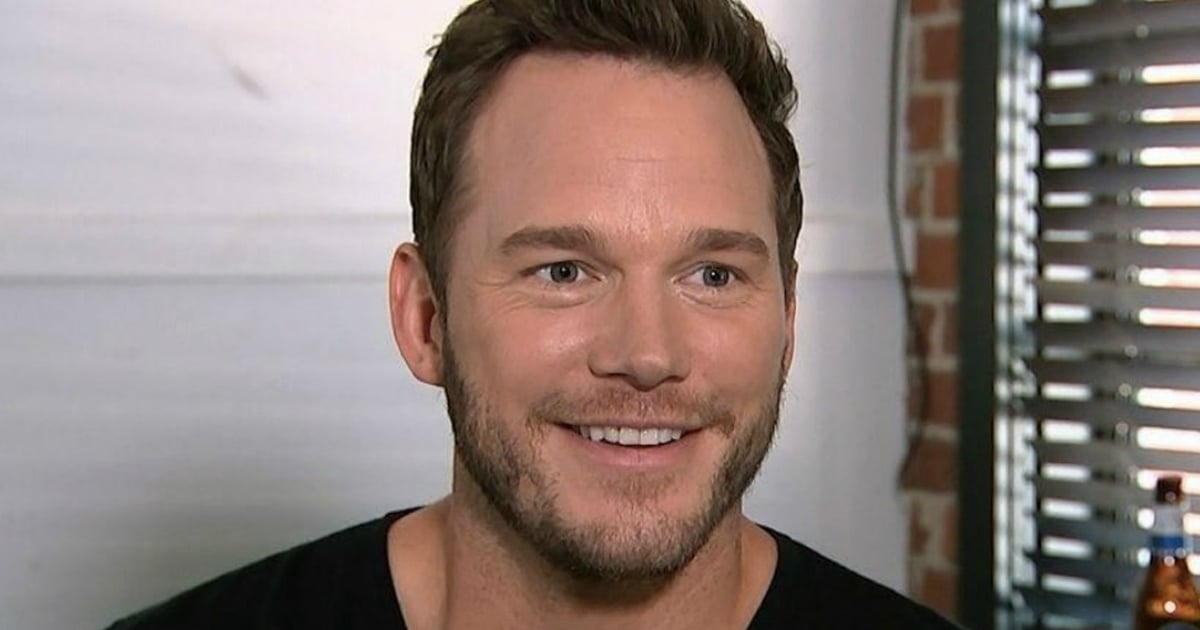 As an A-List Hollywood Christian celebrity, Bradley Cooper knows he leads an incredibly blessed life, despite the struggles he’s faced. And after recently becoming a father, Bradley Cooper opens up about parenthood, miracles, and the special relationship he shared with his own dad.

Bradley Cooper is a respected, well-known Hollywood actor today. But before landing his more serious roles in movies like Limitless, Silver Linings Playbook, and American Sniper, he found himself typecast as the shallow, party-hard kind of guy — a character that couldn’t be further from the truth.

In truth, Bradley Cooper is an intelligent, sensitive, down-to-earth guy. And now you can add the title of “first-time dad” to his list. He and his former girlfriend, Irina Shayk, welcomed a baby girl in 2017.

Bradley has always dreamed of becoming a father one day. This life-long desire is something he got from watching his own dad.

“I saw how much joy fatherhood gave my dad,” Bradley said in an interview with Details magazine.

Bradley works hard to keep his family life private from the paparazzi and refuses to say much about his home life. But he describes the experience of having a child and starting his own family as “a miracle.” And as the actor opens up about the special relationship he had with his dad, it’s truly inspiring to see what an incredible impact his father on his life!

Bradley Cooper was blessed with an amazing childhood filled with faith, football, and family dinners. The actor always looked up to his dad, Charlie Cooper, a stockbroker. And Charlie had a huge influence on Bradley’s life, inspiring him to pursue faith, fatherhood, and even his acting career!

It was Bradley’s dad, a devout Christian, who modeled the power of prayer for his son.

“I loved the way he prayed, so I would pray like he would. Not for any other reason than I wanted to be like my father — I wanted to be like Charlie Cooper,” Bradley explained. “But in so doing, through the ritual of it, I started to have faith in God. Am I a spiritual person today? Yes. I don't know how I could not be. It's like saying, ‘Do you breathe?’"

And the way Charlie lived his life impacted his son in many more ways, too.

Bradley Cooper On Dreams To Become An Actor

It was also Charlie’s love of movies that inspired Bradley to pursue a career in acting.

Charlie was a stockbroker by trade but a movie buff at heart. Charlie shared his passion for cinema with Bradley. And when he sat a 12-year-old Bradley down to watch the 1980 film The Elephant Man, he unknowingly set a course for his son.

“First of all, I was devastated by it. I couldn’t stop crying,” Bradley recalled.

But the powerful film about the inhumane treatment of a disfigured man, John Merrick, in Victorian England set a passion for acting ablaze in young Bradley. It was the character that motivated Bradley to want to become an actor.

And in 2014, Bradley enjoyed the distinct honor of playing John Merrick in the Broadway revival of The Elephant Man.

WATCH: Bradely Cooper Opens Up About His Passion For Acting

Each person, no matter how blessed, will experience trials in life. Even with his solid upbringing, Bradley still got wrapped up in the party lifestyle of Hollywood for a time. Drinking and substance abuse took over for a while during his twenties.

It’s a path that has ruined many lives before. And Bradley’s could have easily become on more. Thankfully, though, Bradley Cooper had an amazing moment of clarity at 29 years old. It was a moment that changed his life.

"If I continued [drinking], I was going to sabotage my whole life," the star realized.

So, he got serious about recovery and has been clean and sober ever since.

Of course, God can use any one of our messes for a greater purpose. And Bradley’s battles with addiction helped prepare him for a project near and dear to his heart. Bradley Cooper made his directing debut with the 2018 remake of the movie A Star Is Born. He played a leading role in the film, as well.

A Star Is Born is a movie about a famous musician battling his own demons while falling for an up-and-coming songstress. The film has been remade several times, with the 1976 remake starring Barbara Streisand and Kris Kristofferson being the most popular version.

“He’s someone who walks through the world with all this fame and talent, and he’s broken,” Bradley says of his character.

And it’s Bradley’s personal encounters with addiction that helped him connect in a special way.

“You know, I’ve had an interesting road,” the actor explains. “And I’ve dealt with similar things in my life. And I’ve observed it in others close to me.”

Yet, because of the healing God’s done in Bradley’s own journey, he’s able to tap into his past struggles with a renewed perspective.

“I’ve gone through a lot in my life,” he says, “I was able to do it with joy because some people have asked me, it must have been very hard to go to those places. But oddly enough, it was very therapeutic.”

Bradley Cooper About His Dad’s Passing

Another defining moment in Bradley Cooper’s life was when he lost his dad to lung cancer.

Watching his father battle this terrible illness was extremely difficult. Yet, when Bradley Cooper opens up about his dad’s cancer journey, he also recognizes the opportunity to join his father in the fight as a blessing.

"I just want to tell you about my father Charles J. Cooper, he passed away from lung cancer in 2011," Bradley said in his speech at a gala celebrating the launch of the Parker Institute for Cancer Immunotherapy. "I was in a very lucky position because I was able to put everything on hold in all aspects of my life and completely focus on taking care of him."

Bradley’s success as an actor afforded him the ability to drop everything as soon as his dad got sick. He was by his father’s side every step of the way. And Bradley considers himself “blessed” to be with his dad, holding him when he took his last breath in 2011.

Losing his dad was a pivotal moment in Bradley’s life. The actor says it introduced the reality of mortality, a realization that forever changed his life.

“Once that becomes a reality, everything changes,” he said. “Everything was put into perspective. . . I don’t sweat so much anymore, the things that I used to. . . I just feel like I appreciate each day much more.”

And while Bradley still misses his dad greatly to this day, his influence still remains present in Bradley’s life.

“My dad works his way into my life every day,” Bradley says. “Luckily, thank God, I still dream about him. He comes into my dreams.”

Bradley Cooper On The Importance Of Family

Thanks to the influence of his dad, Bradley Cooper holds family dear. In fact, after his father passed away, Bradley had his mom move in with him.

As a Hollywood bachelor, Bradley endured plenty of ribbing in tabloid headlines for “living with his mom.” But he didn’t let any of it bother him. He proudly did right by his mom regardless of what anyone else said.

“My family is very close, and my dad dying was brutal for all of us. It was a schism, and its aftershock has not stopped. And we need each other. So here we are,” he explained.

His relationship with his mom continued to draw taunts after the devoted son had his mom accompany him at his movie premieres. Popular radio shock jock Howard Stern grilled him over the decision, especially because by that point, Bradley was dating Russian model Irina Shayk.

But Bradley, who likes keeping his personal life private, refused to let Howard bait him into commenting on his love life.

And the actor remained fiercely protective of his family’s privacy after welcoming his daughter Lea De Seine Shayk Cooper on March 21, 2017.

Bradley Cooper On Children and Parenting

As Bradley matured, so have his acting pursuits. His father’s cancer journey gave him a new perspective on life, paving the way for a break from movies altogether.

That’s when Bradley Cooper moved to Broadway to perform in The Elephant Man.

And experiencing the joy of childbirth triggered another change in perspective regarding Bradley’s career.

He may be hesitant to talk in public about his little girl. But Bradley Cooper opens up a bit about how having a baby changed his life.

“I guess having a child, and having a family of my own - which is a miracle and something I've always dreamt of - has opened me up, even more, I guess, to the day, and to be present," he said.

And while Bradley is pretty clear during interviews that he doesn’t want to talk about his daughter, he did allow Ellen DeGeneres to tease him a bit about fatherhood.

“I know you don’t want to talk about the baby,” Ellen said when Bradley stopped by on her show to promote A Star Is Born, “But I knew you’d be a good father when I saw you in ‘American Sniper.'”

Ellen then played a clip from the movie where Bradley cuddled what was obviously a baby doll, teasing him about how he tried to discreetly nudge the doll’s arms to make it seem alive.

Bradley Cooper took the friendly ribbing in stride, laughing hysterically along with the audience and Ellen.

Despite Ellen’s joking, Bradley Cooper really did deliver a powerful performance in American Sniper, a film about real-life war hero Chris Kyle. In fact, he was nervous to accept the role, thinking Chris Pratt would better fit the bill.

But he felt drawn to accept as he got to know Chris Kyle better. And after meeting with Chris’ family, Bradley took the role very seriously. Respect for our military is something Bradley has had since childhood. In fact, in a 2013 interview with Details Magazine, he says he was obsessed with soldiers as a young boy and would devour books about Vietnam.

And as serious as Bradley Cooper is about acting, he’s even more serious about his job as a father. It’s undoubtedly something he learned from his own dad.

And that intense connection with family is something he and Stefani Germanotta (Lady Gaga’s real name) bonded over instantly while working on A Star Is Born.

"Here's the other thing that connected Stefani and myself right away, is that we were very, very loved as children," Bradley said. "And when I meet people that have had that similar upbringing, I can just see it in them.”

And just as Charlie Cooper passed these amazing traits down to his son, Bradley is hoping to do the same with Lea.

“That's the thing I want my daughter to have - I just always want her to feel loved."

Having a good, loving father is truly a blessing. It’s one not everyone gets here on Earth. But thankfully, we all have access to the unconditional, overwhelming love of our Heavenly Father!