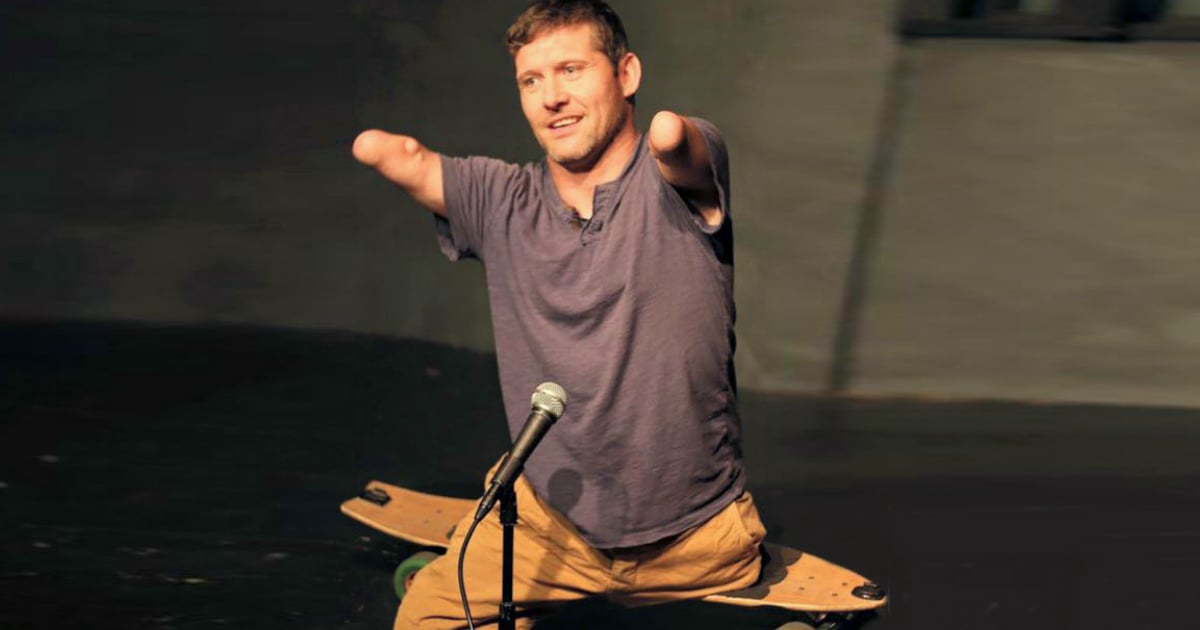 Many recognize actor Bradley Cooper from movies like Silver Linings Playbook, American Sniper, and his recent remake with Lady Gaga of the classic movie, A Star Is Born. But not everyone realizes this top Hollywood star is also a Christian. Here’s a closer look at Bradley Cooper on faith and his upbringing in the church.

Today, Bradley Cooper is a successful actor and filmmaker. But every journey to success comes with trials and struggles. And the inspirational short story of Bradley Cooper’s rise to fame is no different.

Bradley Cooper was born January 5, 1975, in Philadelphia into a close-knit family. His mom, Gloria, worked for a local affiliate of NBC. His father, Charles Cooper, was a stockbroker for Merrill Lynch. Bradley also had an older sister, Holly.

By all accounts, Bradley Cooper’s childhood was a happy one. He took cello lessons and spent summers in the kitchen with his grandmother, learning to cook.

Nowadays, Bradley Cooper gets lots of attention for his good looks. He’s even snagged the title of Sexiest Man Alive before on the cover of People Magazine.

But the humble guy says this is a far cry from when he was younger. 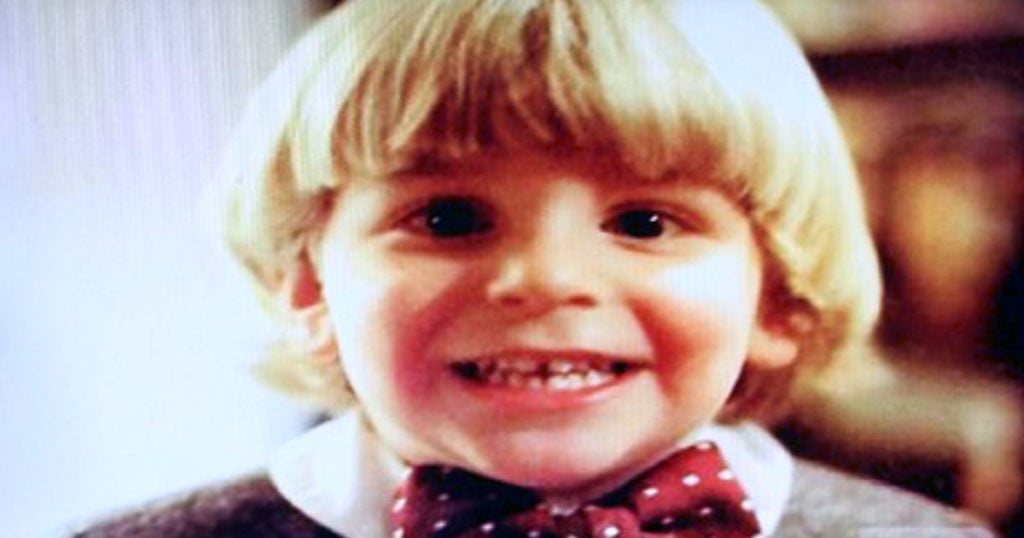 "I never lived the life of ‘Oh, you're so good-looking.’ People thought I was a girl when I was little, because I looked like a girl,” Bradley recalled, “maybe because my mother would keep my hair really long in a bowl cut.”

Bradley’s father had always wanted to be an actor. And he was the one who originally introduced Bradley to the art of film. But little Bradley Cooper had dreams of joining the military.

“I begged my father to send me to Valley Forge Military Academy. I found the number in the yellow pages,” he said.

Instead, Bradley attended college and earned a Bachelors of Arts in English in 1997. But a master’s degree program at the Actors Studio Drama School in New York City put him on the path God had laid for him.

WATCH: Photos Of Actor Bradley Cooper Throughout The Years

Bradley Cooper On Faith And Growing Up In The Church

Bradley didn’t discover his faith later in life. It’s something his parents instilled in him from a young age.

In fact, the example Bradley’s earthly dad set for him gave way to the bond he still has with his Heavenly father today.

"I grew up Roman Catholic. I was baptized,” Bradley said. He went on to explain, “I always loved the pageantry of it. A lot of it had to do with loving my father and looking at him wear his tweed blazer to Mass. I loved the way he prayed, so I would pray like he would. Not for any other reason than I wanted to be like my father — I wanted to be like Charlie Cooper. But in so doing, through the ritual of it, I started to have faith in God. Am I a spiritual person today? Yes. I don't know how I could not be. It's like saying, ‘Do you breathe?’"

Without that faith, it would have been easy for Bradley to lose it all during his prodigal years.

Even though Bradley Cooper grew up in the church and with a supportive family, the lure of drugs and alcohol took over for a time. But as things spiraled out of control, God’s truth that he was meant for more finally sunk in.

“I was at a party and deliberately bashed my head on the concrete floor — like, ‘Hey, look how tough I am!’ And I came up, and blood dripped down,” Bradley recalled. “And then I did it again.” 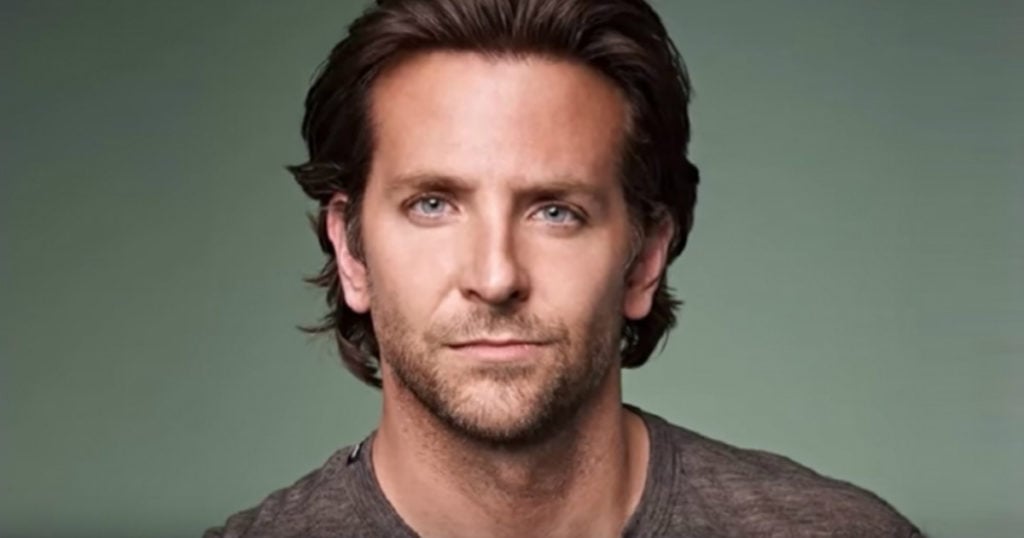 The stunt landed Bradley in the hospital, where he sat holding a sock of ice to his head waiting for doctors to stitch him up. And that’s when, deep down, Bradley faced the realization that his life had a bigger purpose.

“I realized I wasn’t going to live up to my potential, and that scared the hell out of me,” the star explained. “I thought, ‘Wow, I’m actually gonna ruin my life; I’m really gonna ruin it.’ “

That moment of clarity was a true blessing. Bradley Cooper got the help he needed and got sober. To this day, he abstains from drugs and alcohol.

That fact surprises some people because, for a time, some of Bradley’s earlier roles pegged him as a philandering frat boy.

“He is ridiculously different in real life,” Hangover director Todd Phillips said. “People think he is just playing a version of himself, and that couldn’t be further from the truth. He is very vulnerable — insecure is not the right word — and that character is just straight-up confident. And there’s a warmth to him you would never know.”

Since turning his life around, Bradley Cooper has enjoyed loads of success. But none of that seems to have gone to his head. His faith helps him stay grounded and prayer remains a part of Bradley’s daily life.

God has blessed Bradley with so much, the least of which is fame. For example, Bradley Cooper’s partner, Russian model Irina Shayk, gave birth to a baby girl in March of 2017. And becoming a father had a huge impact on the star’s life.

“Having a child,” Bradley said, “and having a family of my own - which is a miracle and something I've always dreamt of - has opened me up even more, I guess, to the day, and to be present."

No matter how big his name gets in Hollywood, this star knows what really matters. The focus for Bradley Cooper is on faith, family, and staying genuine.

And as a way of protecting those special moments with family, Bradley tends to keep his personal life out of the public eye.

"I'll never do it, no matter what's written about me," Bradley said. "Some things you just have to keep to yourself.”

Seeing how far Bradley Cooper has come shows just why a foundation of faith is so important. No one leads a perfect life, free of troubles and adversity. But growing up in the church helped prepare Bradley for the trials he would face!

“Train up a child in the way he should go: and when he is old, he will not depart from it.” Proverbs 22:6

h/t: God In The Midst Of The City Blog