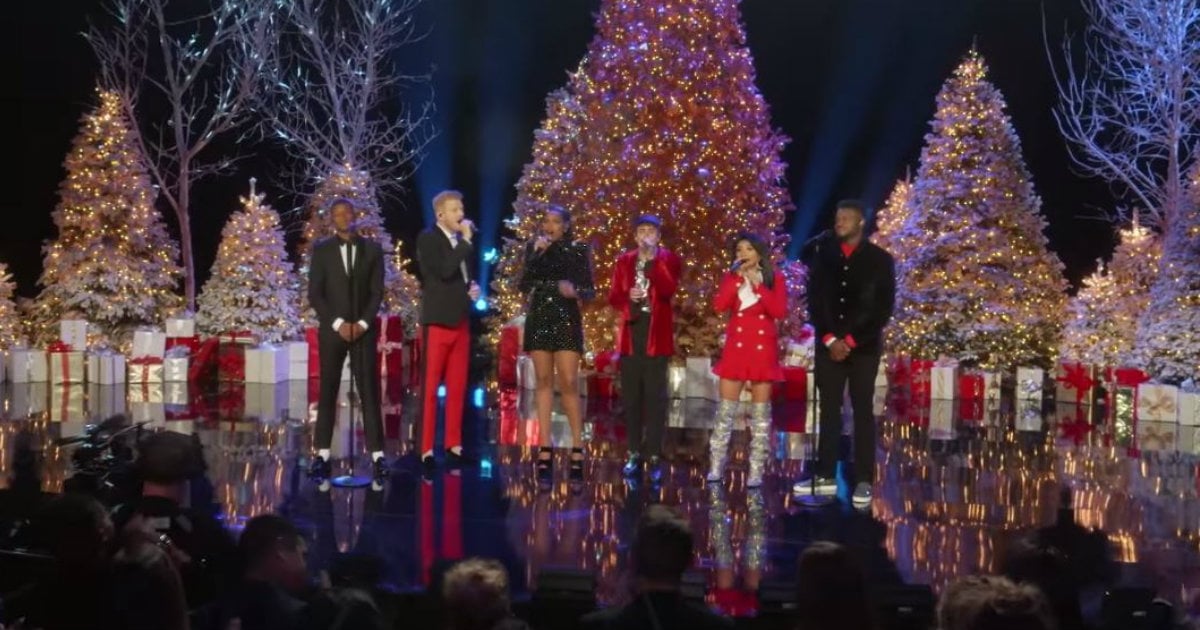 It was a heart-wrenching moment when 16-year-old Breanna Lee broke down in tears during her Australia's Got Talent audition. But following some words of encouragement from the judges, this talented young woman stepped back up to the mic and wowed everyone!

Judge Kate Richie, sitting on the panel alongside Australian actor Shane Jacobson and Britain's David Williams and Alesha Dixon, welcomes Breanna Lee and tells her to begin whenever she's ready.

RELATED: Simon Throws Curveball at Choir on AGT but Their Stunning ‘Amazing Grace' Shows Him

Before doing so, though, Breanna looks to her left for encouragement from her two male supporters. They stand with host Ricki-Lee Coulter, one wearing a t-shirt with the words "Get Up, Stand Up, Show Up."

Breanna Lee sings Cyndi Lauper's "True Colours." Breanna's voice is angelic, and her eyes convey an understanding of the song on a deeper level. At 50 seconds, David closes his eyes and opens them as if attempting to absorb the music Breanna makes. The crowd loves Breanna, but the applause seems to disarm her, and she falters.

RELATED: Heartfelt ‘Fix You' Audition From Young Tween Earns Him The Golden Buzzer

Breanna looks to her cheering section. The t-shirted man tells her to keep going, but she is now in tears and terrified. Alesha asks the orchestra to stop the music, and Kate and Ricki-Lee join Breanna on stage. The two comfort her, and the audience and David assure her that they'd like to hear more. Breanna calms and agrees to try again.

With renewed strength, Breanna Lee sings the first two stanzas, and the crowd goes wild. Her voice is lovely and rich, her rendering authentic and real. At 3:05, though, there is another surprise. Breanna begins singing parts of the chorus in her native language!

When the song is finished, the teary-eyed beauty from Melbourne seems not to understand how well she's done-in spite of the rousing applause and the thumbs-ups from her fans. But the audience gets it. In fact, they exhort the judges to use The Golden Buzzer!

David hears them and delivers exactly what they want at 4:35. Breanna has been fast-tracked to the semi-finals! Gold confetti rains down on this young woman, and she is overjoyed! Her family members smother her in hugs and loving accolades. Her smile is precious, and the moment is priceless!

Ms. Breanna Lee is a student and lives with her foster family. They were the ones who encouraged her to sing her chosen song partially in her indigenous language. Here are four lines from "True Colours."

“In a world full of people

You can lose sight of it all

And the darkness inside you

Can make you feel so small”

YOU MAY ALSO LIKE: Rise Dance Crew Wows Judges With Unforgettable Audition After Overcoming Adversity

Motivated by a desire to show other First Nation kids and teens in foster care that they can reach their dreams, Breanna may very well be on the way to making all of hers come true!

"Have I not commanded you? Be strong and courageous. Do not be afraid; do not be discouraged, for the Lord your God will be with you wherever you go."" Joshua 1:9