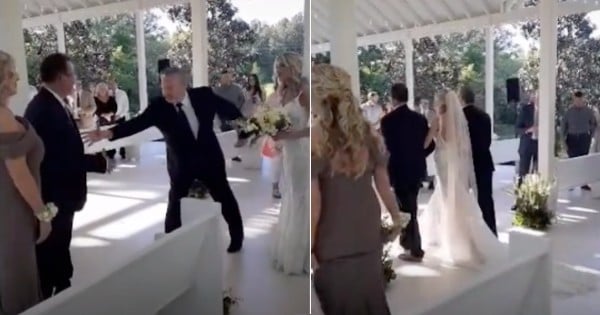 One brother saves rent money from his younger brother and gives it all back to him later in order to cover the down payment on his new house. What a sweet and generous surprise!

Todd Burkemper is six years older than his younger brother, Alex. The two have always been best friends. And when Alex graduated college in 2017, Todd invited him to live with him.

But after six months, Todd asked Alex to start paying rent. But unbeknownst to Alex, Todd was saving up Alex's rent payment each month and putting it into a savings account for him. Todd even added some of his own money to the savings account each month to help it grow!

Years later, when Alex made an offer on his own house and it was accepted, Todd shared with him what he had been doing in secret all those years. And Todd and Alex's mom, Barbara Burkemper, got out her camera to record the heartwarming moment when Todd revealed to Alex what he had been doing.

"Although Alex was puzzled when he saw me with my camera out, he was even more confused, then completely shocked, when Todd held up a screenshot of the savings account balance on his phone," said Barbara. "Then, he told Alex the money was his!"

There was not a dry eye in the place when Alex found out the kind act that Todd did for him. And as the two brothers embrace, you can really feel just how much they love and care about each other.

"The generosity shown by Todd is just one of many amazing facets of his character. We are so very humbled by the awesome human being he has grown into," Barbara said.

YOU MAY ALSO LIKE: Pregnant Woman Thought She Had Plenty Of Time Until She Gave Birth In Her Front Yard

What a wonderful showcase of kindness and brotherly love!

WATCH: Brother Saves Rent Money To Give Back To Younger Brother

LISTEN: Waitress Gets A Note From A Widow Dining Alone And It Has Her In Tears | Groom's Brother With Autism Gives A Best Man Speech That Leaves Wedding Guests In Tears