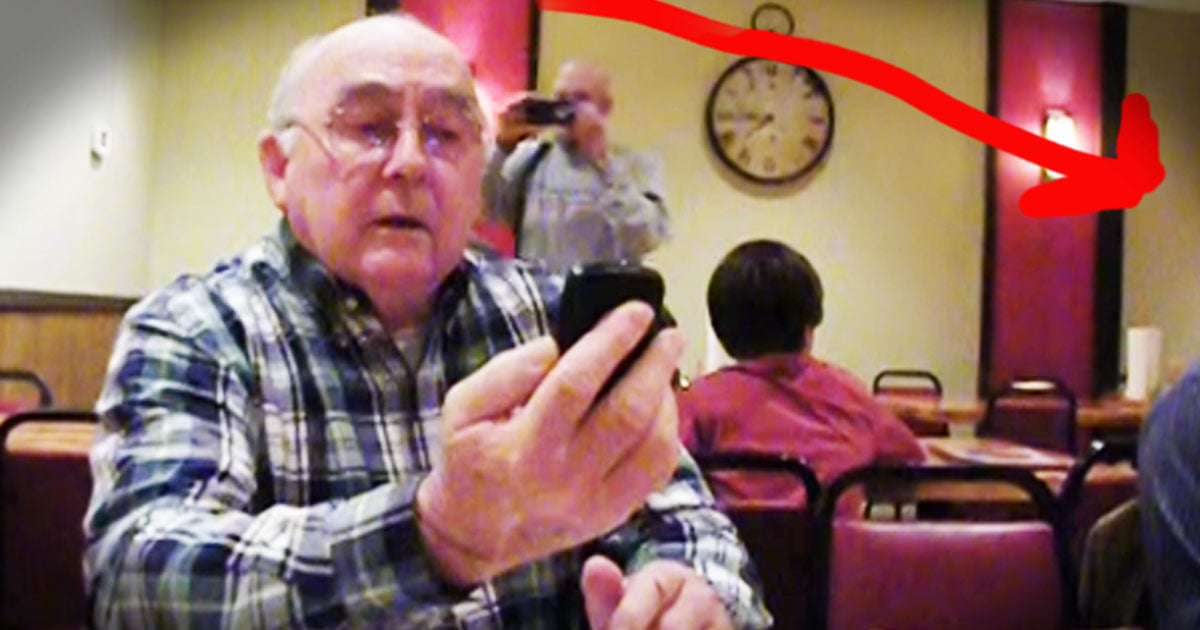 Father Gets The Surprise Of A Lifetime, A Reunion With His Son
Read Article »

Many years ago, a baby girl suffered a terrible accident. The 3-month-old infant was lying on the couch, and next to it, a steam vaporizer was running. The infant rolled off of the couch, and landed right on the vaporizer, suffering terrible burns from the steam and melted mentholated ointment. 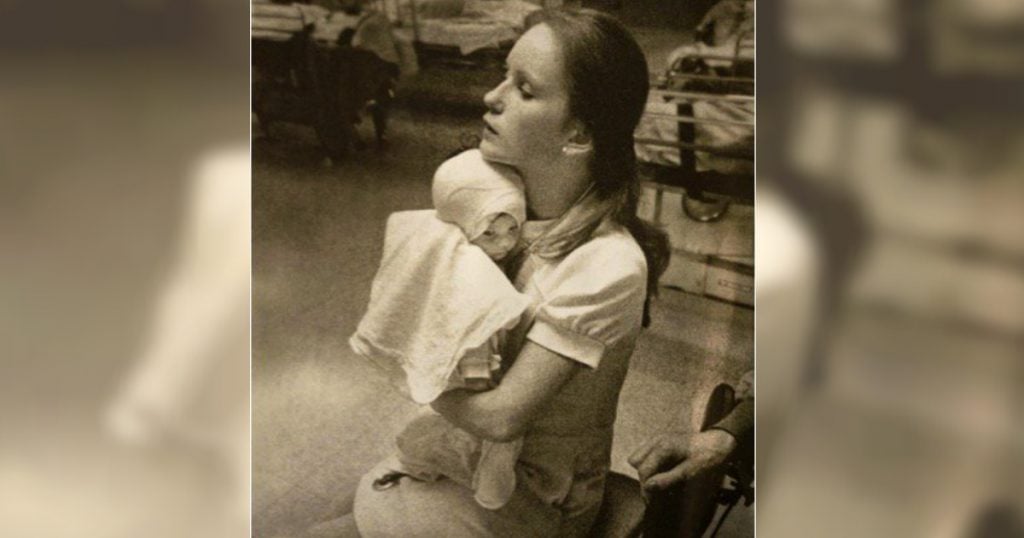 The incident was horrific and would have a lifelong impact on the girl. But as she recovered at the Albany Medical Center, God sent her a special angel. This angel was a young nurse, just out of college who tenderly cared for and comforted the little baby as if she were her own — which had a lifelong impact as well.

The bond between the nurse and infant was captured in a few photos, which were published in the Albany Medical Center’s 1977 annual report without names. 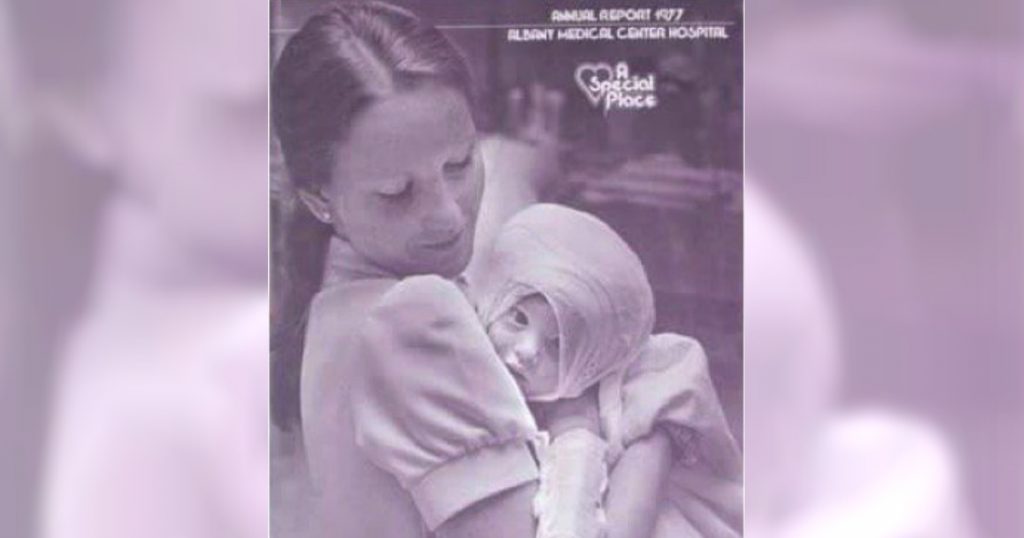 The baby girl was Amanda Scarpinati and the injuries she sustained required years of reconstructive surgery.

Life For The Burned Baby From The Photo

As Amanda grew up, this made her an easy target for school bullies. And while she has refrained from sharing much about her childhood, there's a sense that it was troubled beyond just the repercussions of the accident. Amanda had a copies of the photographs of her and her nurse, and they became a source of strength and comfort during her darkest times. She told CNN,

"Having a hard childhood (and) being picked on because of my burns, I found comfort in the beautiful amazing photos of this beautiful stranger, this nurse, holding me. And you can feel the compassion and love she had for me.”

And because of that, Amanda desperately wanted to know the identity of the nurse. She wanted to thank the woman who had been so kind to her during such a difficult time.

She tried to uncover the nurse's name for over 20 years but had no success. A friend suggested Amanda turn to social media for help. 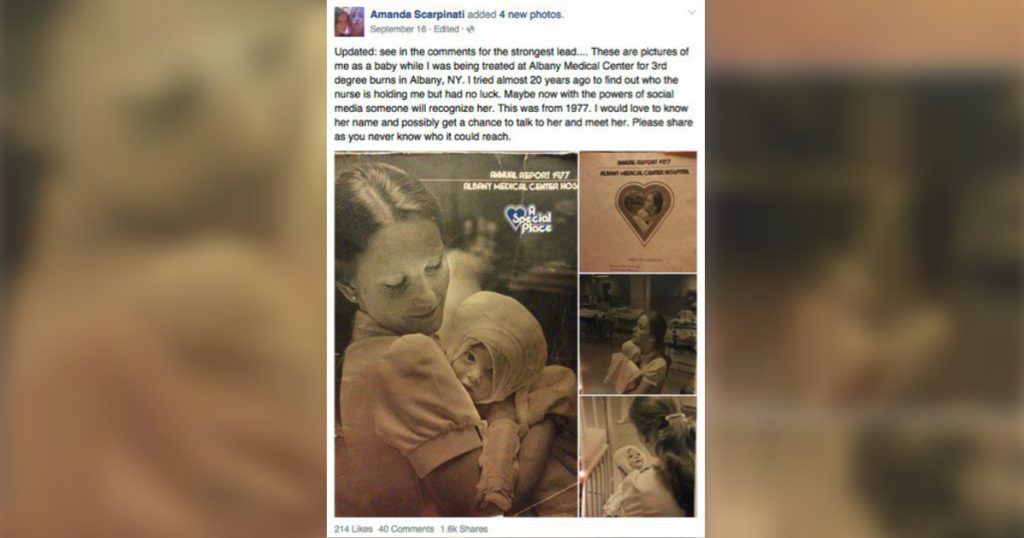 “Within 12 hours, it had gone viral with 5,000 shares across the country,” says Amanda. “It was on the local TV news the next morning. I was blown away.”

With all of the attention the posting received, it didn't take long for Amanda to receive a message from a former nurse at the Albany Medical Center, letting her know the woman she was looking for was named Susan Berger. A local TV reporter tracked Susan down, and Amanda was able to speak with her over the phone. Amanda says,

“It was amazing. She just has such a gentle, caring voice, just like I imagined she’d have.”

The Baby She Never Forgot

It turns out Amanda had left an impression on Susan as well. When they first met, Susan was fresh out of college, and little Amanda was one of her first patients. But Susan, who now oversees a health center in New York, still recalls their time together:

“I remember her. She was very peaceful. Usually when babies come out of surgery they’re sleeping or crying. She was just so calm and trusting. It was amazing.”

And so, the same woman who had long ago cradled a severely burned and bandaged Amanda was met with an embrace that was 38 years in the making.

And Amanda was finally able to thank her guardian angel face to face — a moment that serves as a true blessing for both women. Susan says,

“I don’t know how many nurses would be lucky enough to have something like this happen, to have someone remember you all that time. I feel privileged to be the one to represent all the nurses who cared for her over the years.” 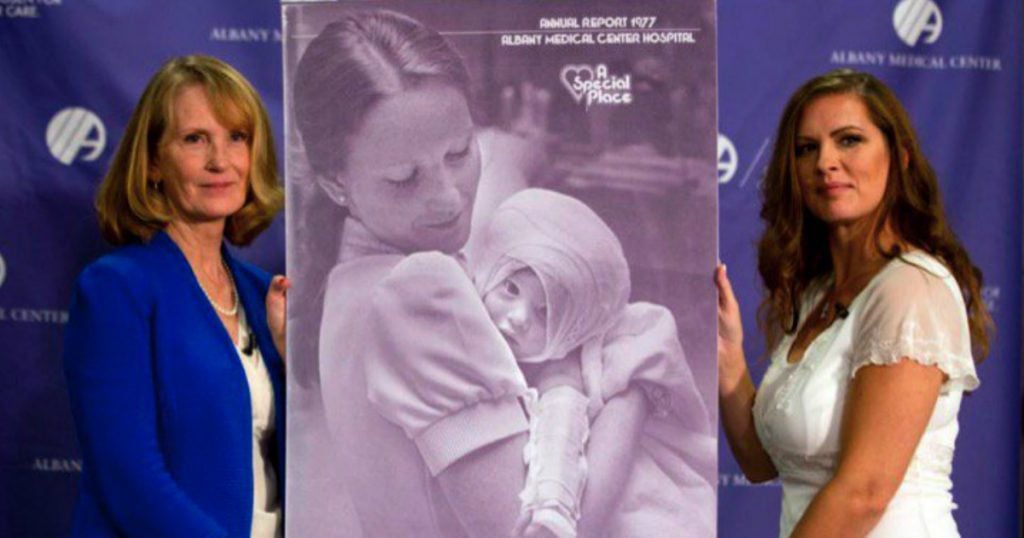 After the touching reunion, the ladies were asked if this might be the start of a lifelong friendship. And Amanda had the perfect response. She said,

“It already has been a lifelong friendship. She just didn’t know.”

YOU MAY ALSO LIKE: Nurse Adopted Abandoned Baby With Rare Birth Defect She Helped Save 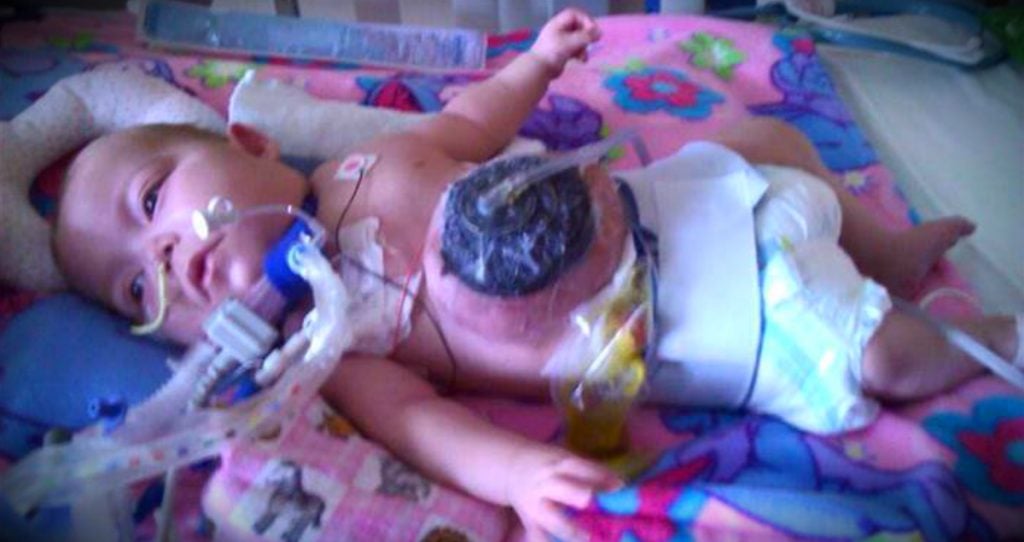