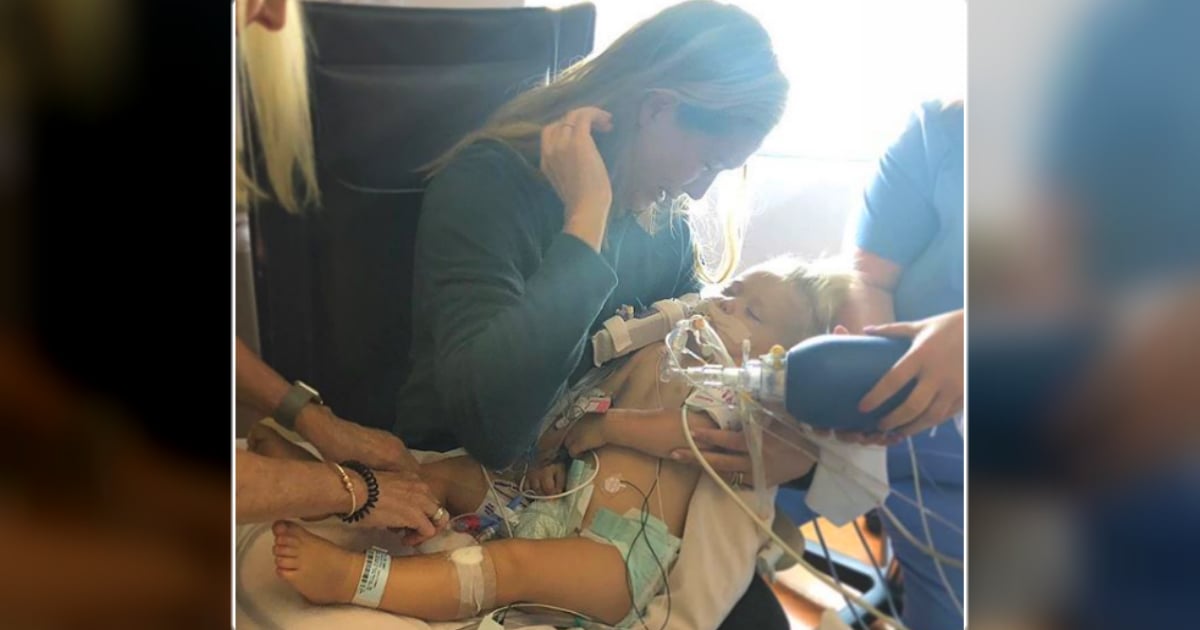 Wife Of Olympian Warns Others After Daughter Drowns
Read Article »

It’s a simple habit many of us do all the time. We do it when we first wake up, or when we’ve been holding our neck at an odd angle looking at our phones or computer screens too long. So we pop or crack our necks. And then it feels better, right? But can cracking your neck cause stroke? That’s exactly what doctors say happened to Glenn Johnson!

Glenn had none of the health concerns that are normally associated with causing a stroke, so his doctors were baffled at first. “It took them about almost a month for them to figure out why I had the stroke. And they said I was in perfect health, I didn’t have diabetes, I didn’t have high blood pressure, I had no symptoms, I had no health issues.” Glenn shared with KSNT news.

Doctors knew Glenn’s stroke was caused by a blood clot in the back of his neck. And they determined that it was a simple habit Glenn did every day that ultimately caused his stroke! Glenn would wake each day and ‘pop’ his knuckles, neck, his knees. And the cracking of his neck is what caused his stroke.

Dr. Robert Pinto, a chiropractor in Williamsburg, Va. confirms that cracking one's neck, if done too often and without knowing the proper way to move the joint around, can cause serious problems, including stroke.

"If you don't know what you're doing, you actually stand a chance of hurting yourself," Dr. Pinto shared with The Health Journals. The danger in too much self-manipulation of your own joints is over-stretching the ligaments that support everything.

Think about the neck. There are a whole lot of important body structures contained in one small area – spinal cord, lower brain stem, arteries, blood vessels, ligaments, nerves, bones, joints and muscles. Twisting and turning your neck around could put those delicate body parts at risk. Any one of them could twist, knot up or be permanently damaged, including the arteries that bring blood directly to you brain. -HealthJournals.com

If you’re reading this worrying about how many times you’ve cracked your neck this past week, you’re not alone! But Doctor Hartej Sethi, a neurologist with Stormont Vail in Topeka, shared that while having a stroke from cracking your own neck could cause a stroke, it is very rare. He shared, “if you’re worried about a stroke, the other well-known risk factors is what I would be worried about more than anything else.”

Those risk factors include high blood pressure, smoking, and diabetes.

YOU MAY LIKE: Randy Travis Sings For The First Time Since His Near-Fatal Stroke

After suffering his stroke six years ago, Glenn Johnson walks 5 miles a day and keeps a positive attitude. In fact, he believes his stroke has actually made him a better person,

“You learn to appreciate things more,” Glenn shared. “Things you take for granted like walking, talking, and eating, when you lose all that and gotta do it again, that’s rough.”

WATCH: Can Cracking Your Neck Cause Stroke? One Man’s Story.