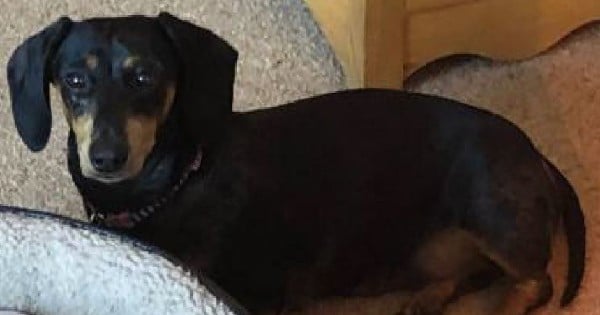 Sheriff Dan McClelland and his crime-fighting canine partner named Midge have the sweetest friendship. After 44 years in law enforcement, Dan and his pup retired in 2016. Midge, the Chihuahua/Rat Terrier mix, joined him on the force for almost 10 years.

Dan recruited Midge when he wondered why they couldn't teach little dogs to sniff out drugs. Obviously, there wasn't anything stopping him from training the small but mighty pooch!

Midge became a local superstar in her Ohio county. Some would even say she was a worldwide star since she was given the title of ‘smallest police dog' in the 2006 Guinness World Records.

But to this loyal canine partner, all that mattered was staying by Dan's side.

Dan spent 13 years watching over Geauga County as sheriff. All the while, Midge could be found right along with him. She even had her own bed beside his desk. The duo was inseparable.

Current Sheriff, Scott Hildenbrand, said, "He used to joke that people would see him in a parade in a car and would say, ‘Hey, there's Midge and Whats-His-Name." He joked, "I think she was more popular than him!"

After the Sheriff and his canine partner retired together, Dan, his wife Beverly, and Midge traveled the U.S. in a recreational vehicle. Unfortunately, Dan was diagnosed with a brain tumor. He died in the hospital after battling cancer for a long time.

Somehow, his canine partner Midge must have understood the news. She passed away only a few hours after her buddy took his final breath. Midge lived a long and happy 16 years.

Their family shared that the two would be buried together. Dan and Midge can be by each other's side forever.

You may also like: Simon Cowell Cried During Police Dog Audition And Here's The Story Behind Why

Rest in peace to both Dan and Midge. You put smiles on so many faces.