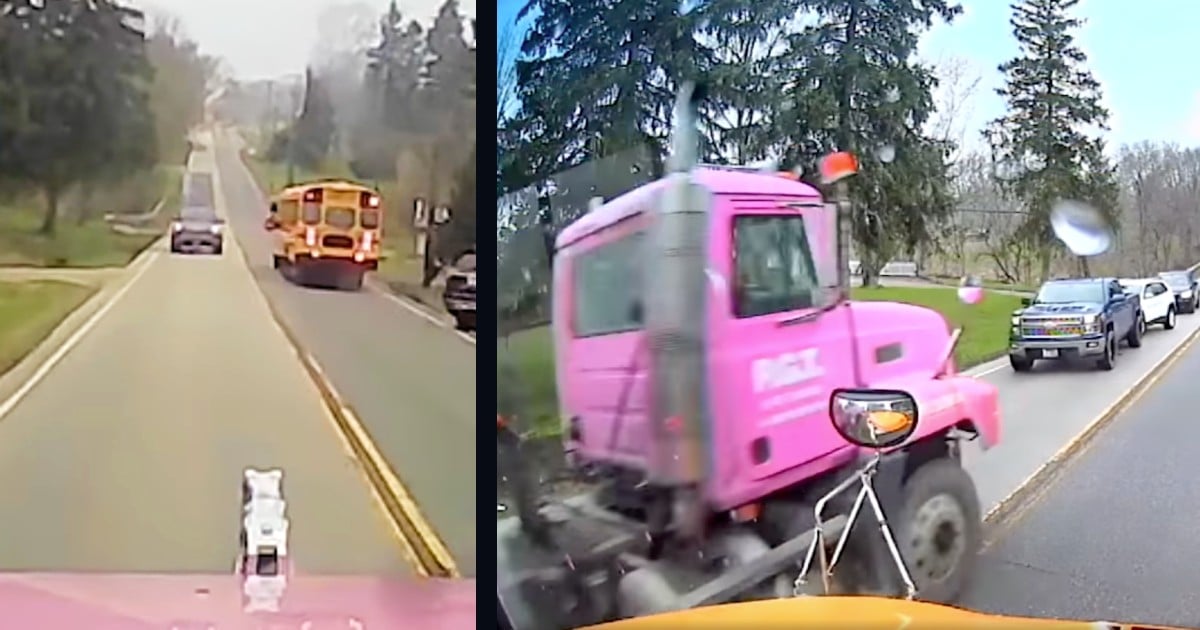 Rescuers and medical personnel are all repeating the same thing–this rescue was nothing short of miraculous when a car falls off a cliff in California. In this daring and extremely precarious rescue, miracle upon miracle keeps a father and son safe after their car falls 500 feet off a cliff.

A firefighter returning from a call on Highway 49 noticed a mile marker out. And thanks to his "eagle eye" and due diligence, he discovered a car crumpled and mangled 500 feet below.

RELATED: 4-Year-Old Boy Who Fell 70-feet Off Cliff Survived And The Only Explanation Is God

He assumed it would be a recovery mission, not a rescue mission. Crashes like this usually mean there are no survivors. Especially since it had been raining that day.

The scene stunned authorities. Because of the rural area and hazardous road conditions, this car may have never been found. It was a miracle anyone even noticed them in the first place.

But when they found the car, it was obvious the car had rolled and flipped several times down 500 feet. But both Scott and his son were alive in spite of their tumble down the cliff.

The rescue team got to work right away to get this precious father and son to safety. Meanwhile, the rain continued to blanket their efforts which took four hours and sheer muscle.

Rescuers pulled Scott and his son to the top of the cliff, stunning authorities.

They said, “Both father and son were talking when they reached the top of the embankment after being pulled up the hill by rescuers. They were transported to valley hospitals,” they added. “We don’t know how long the two were down there before being located.”

Sheriff Jeremy Briese may not have believed in miracles before but now he's calling this rescue a miracle in the mountains. He said, “The miracles were on top of many miracles."

RELATED: Woman Goes Missing For A Week After Car Accident And Returns With Incredible Story

He added the miracles took place from the very beginning. From being spotted to the quick response of the rescue team and having just enough rope to haul the family up the cliff. And when they got both Scott and his son up to the top, they were stunned to see both were alive, talking, and had moderate injuries.

Nothing Is Impossible For God

We know the God of miracles loves us. He can make a blind man see, a lame man walk. He's the God who parted the Red Sea and knows every star in the sky by name. If that isn’t miraculous enough, we also know he brings the dead back to life.

RELATED: Rescuers Rejoice Over Missing Infant Found Alive And Say It's Nothing Short Of A Miracle

And that is certainly the case in this astounding rescue. By all accounts, Scott and his son shouldn't be alive. But thanks to God placing the firefighter on that highway at the right time-this family has a story filled with miracles.

Neither our world nor human efforts limit God. He takes action on our behalf. He's the Author and Creator of our lives. Scott, his son, and their rescue team can be confident that God's mighty power is more than enough to rescue us in our worst hours. We know he can work all things together for our good.

YOU MAY ALSO LIKE: Dog Was Missing for 2 Weeks, Then Family Gets a Call That Rescuers Found Him on a Cliff Ledge

“Being confident of this very thing, that he who began a good work in you will perfect it until the day of Jesus Christ,” Phillippians 1:6.

WATCH: Miracle Upon Miracle Keeps Father And Young Son Safe After Their Car Falls 500 Feet Off A Cliff