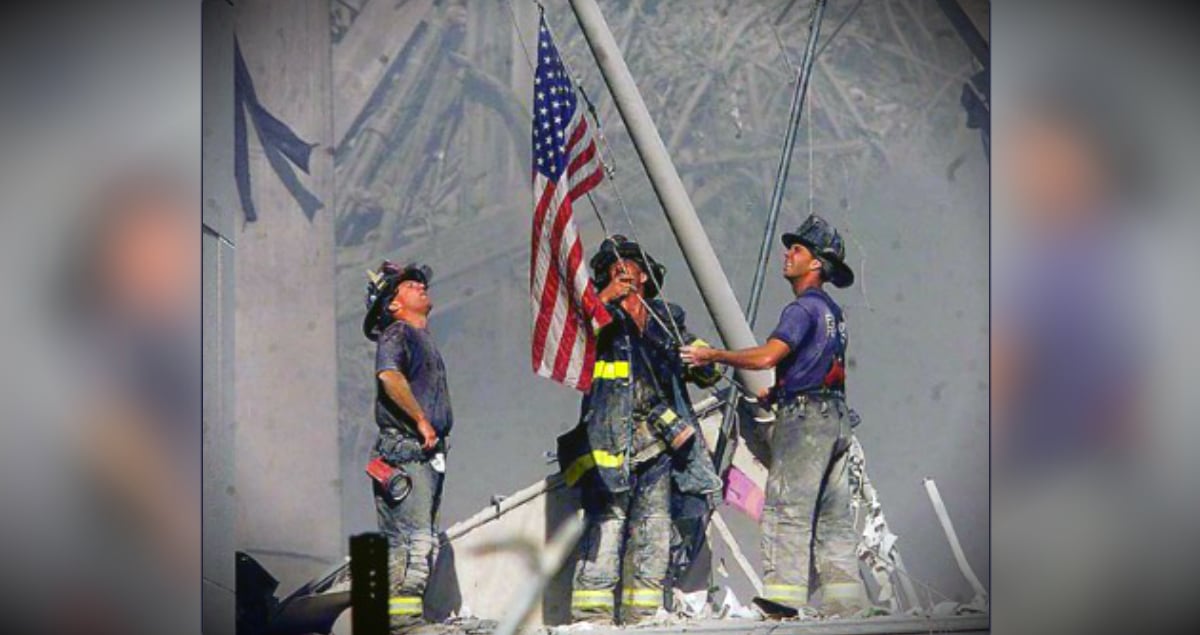 Dang Vuong’s winning smile certainly comes in handy at the BMW Dealership in the U.K. where he works. But after hearing how this heroic car salesman saved an elderly woman who called him by mistake, it’s easy to see his big heart is what’s made him the talk of the town!

After falling in the bathroom, an elderly woman frantically tried calling her family for help. But in her panicked state, she accidentally dialed the wrong number. But God made sure the injured woman was connected to a very special person — Dang Vuong!

“I’ve been brought up to help people, especially my elders,” he said. 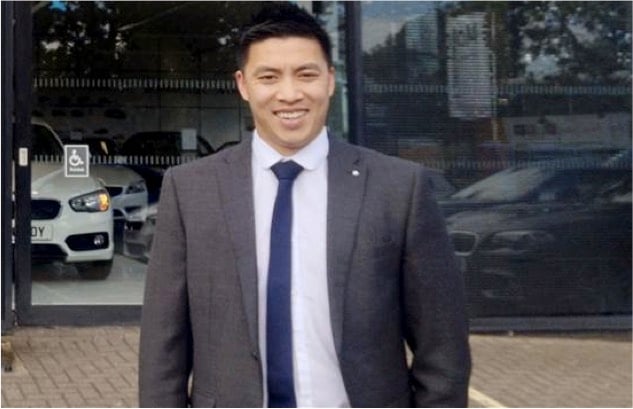 Dang in front of the BMW Dealership where he works in the UK Credit: Today Show

Dang is the car sales manager for a BMW Dealership in England. And when he heard a frantic grandma on the other end, he just knew he had to help.

He made sure the receptionist stayed on the phone with the elderly caller, grabbed his keys and took off for the woman’s house, which was two miles away.

The Car Salesman Saved The Day

When Dang arrived, he checked the front door and found it unlocked. He discovered the grandma who’d called him by mistake on the floor in her bathroom.

“She was in shock more than anything,” he recalled. “There was blood on her face and the bath was overflowing.”

Dang let the frightened woman know who he was and that he was there to help. He scooped her up off the floor, carried her to the couch and wrapped her up in a blanket. Dang then called her family and waited with the grandma until help arrived.

RELATED: A wrong number helped save an 85-year-old woman who had a stroke

Needless to say, the family is beyond relieved such a kind stranger was the one who answered the call from grandma. In fact, her granddaughter wrote a note of gratitude on Facebook, detailing how the heroic car salesman save the day. 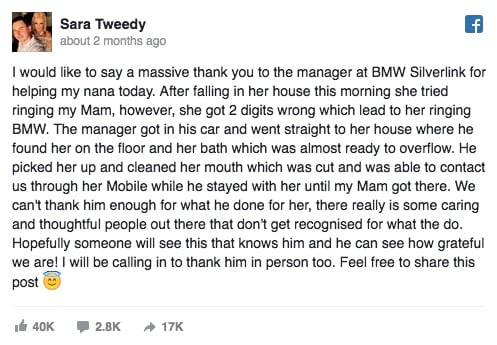 “We can’t thank him enough. . . there really [are] some caring and thoughtful people out there that don’t get recognized for what the do,” she wrote in her post.

But a humble Dang shrugs off all the praise.

“I didn’t think anything of it as I would hope any other human being would have done the exact same thing,” he said. “I felt like I had to go and help because I couldn’t live with myself if something happened to her and I didn’t even try. If it were my grandparent, how would I feel if she was left alone?”

RELATED: Divine intervention and a 911 operator saves a kidnapped woman

You never know when God is going to use you for a greater plan. What started as a regular day at work for Dang turned into a noble mission to help someone in need. It’s not always as dramatic, but God can use any of us to have a huge impact on a stranger’s day. Be looking for ways that God may be using you!

A woman gets some unexpected help from a credit card rep after getting dumped by her fiancé dumps! 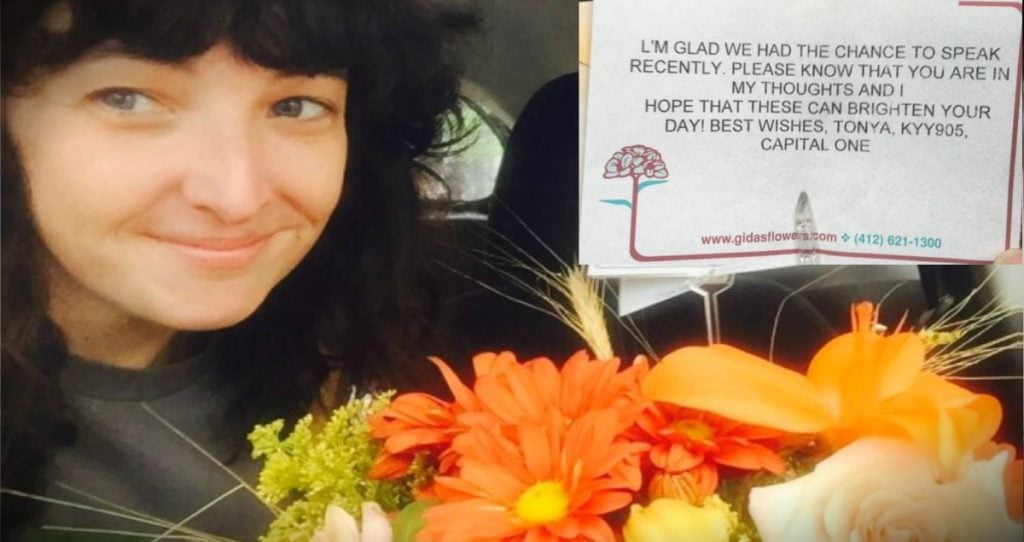