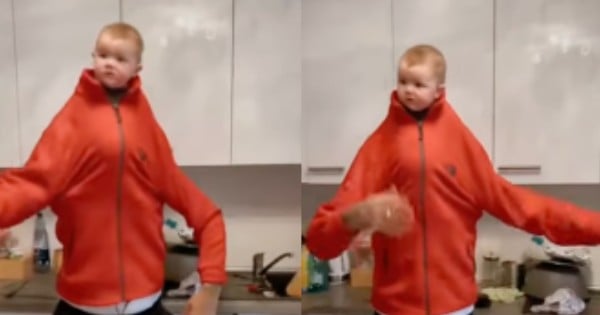 Carmen Ciricillo, a comedian for 25 years, has some advice for us all – don’t argue with the elderly. And his explanation of why is hilarious!

Unfortunately, there is not much we can do to stop the aging process. We all get older but with age does come wisdom....and other things as comedian Carmen Ciricillo points out.

Carmen, during a stand-up appearance, mentions why it’s not a good idea to get into an argument with someone of advanced age.

Don’t Argue With The Elderly

His hilarious bit of advice begins as he states that he was upset with his mother for giving him the name "Carmen."

"I was mad at my mother because she knew better names. Her first three dogs: Frankie, Rocky, Johnny. How did I become an old Spanish woman? I don't get that ma," he said.

Comedian Carmen Ciricillo goes on to point out exactly why he did not get into an argument with his mother over his first name.

"I don't like to argue with old people because they got a pretty open schedule. Just apologize quickly. There's no fight from me, you know what I mean?" he said."

Carmen talks about what is likely to happen if you do decide to get into a verbal back-and-forth with an elderly individual.

"I mean, these are people who are writing their congressmen. They got a lot of time. You get into an argument; it's going to last. Let's just say ‘you're sorry. I should've never said good morning. I'm sorry,"’ he said.

Comedian Carmen Ciricillo Has Everyone Cracking Up

The comedian brings up a possible scenario that could lead to such an argument and ironically enough, it involves the telling of time.

At about the 1:22-minute mark, Carmen also calls elderly people tough, claiming they are not fragile. Whenever he's dealing with people of superior age, he usually likes to be quick about it, especially when it is establishments they frequent.

Isaiah 46:4 "Even when you are old, I will be the same, and when you are grey-haired I will take care of you: I will still be responsible for what I made; yes, I will take you and keep you safe."

WATCH: Carmen Ciricillo, Comedian, On Why You Don’t Argue With Elderly People